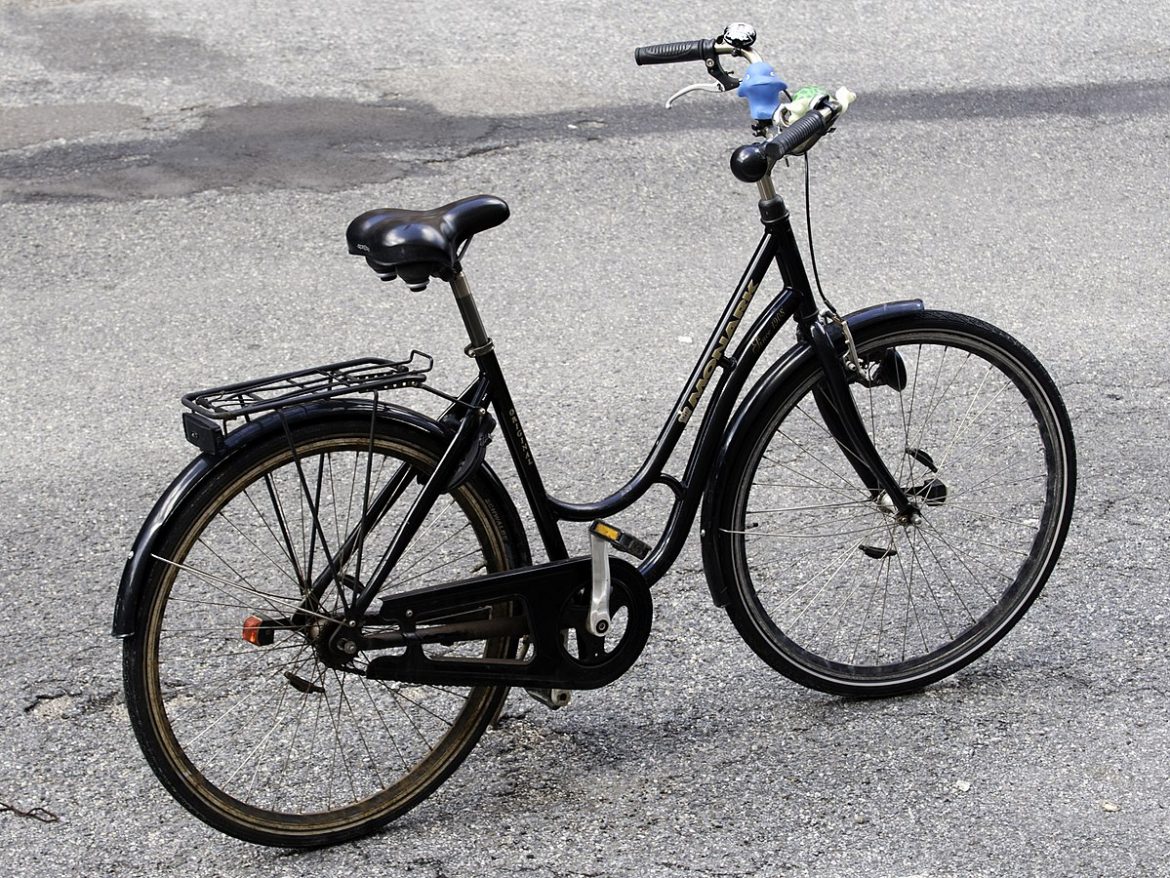 Bicycles and The Great Leap Backwards

Americans hold constitutional elections in order to choose, among many positions in government, the local mayor. But a non-governmental organization (NGO), Bycs, which created the bicycle mayorsâ€™ program, wants to change that. How can an unelected â€˜mayorâ€™ be constitutional? â€œIt is nice to have one, centralized voice,â€ â€¦ â€œAnd, honestly especially in the U.S., itâ€™s so much easier to do as a party of one, than a committee, meeting, month to month. Itâ€™s a great way to speed things up. We have to catch up, to provide alternative transportation.â€ Iâ€™ve heard that â€˜party of oneâ€™ tune before under totalitarian communism. https://bycs.org/

The nonprofit Bycs â€œwants to use the network to aim for an ambitious goal of moving half of all local trips to bikes by 2030 as a way to address climate change, air pollution, health, and other urban challenges.â€ https://www.technocracy.news/sustainable-mobility-half-of-all-city-trips-by-bicycle-by-2030/

Adam Stones, strategy and communications director for Bycs, advocates to use the Dutch bike control experiment around the world by 2030 in line with the 17 Sustainable Development (SD) goals of U.N.â€™s Agenda 2030.

The Dutch who already have a bike-obsessed culture, have chosen in 2016 a â€œbicycle mayor â€“ a person who serves as a connecting point between city departments, nonprofits, and other bike advocates in order to make Amsterdam even more bikeable.â€

The NGO Bycs wants to bring â€œbike mayors to 200 cities by the end of 2019. And they are already in nearly 30 cities, from SÃ£o Paulo to Istanbul.â€

Can you not envision thousands of people biking to work on the busy interstates that crisscross our nationâ€™s capital and its surrounding suburbs? And these bikers would try to take their children to school, â€œbike-pooling,â€ lugging sacks of groceries on a bike, carrying everything else home on a bike, including perhaps perishables such as ice cream?

It would be so much fun biking in snow and on ice, especially for people with prosthetics, artificial knees, and other handicaps. It is indeed fun to have the option to bike in some picturesque areas, but the bike lanes are springing up all over the nation to the tune of billions of dollars, yet I see scarce few actually riding a bike on them because Americans love their cars and the freedom of mobility it affords.

Bikers can only travel so far, maybe 15 miles, if they are in good physical shape and young, before collapsing from the effort. Perhaps the idea is to keep people close to home so that the land can be re-wilded and protected from the encroaching humans.

The millennials who helped push this bike craze are actually driving alone to work in their expensive electric cars with a smug look on their faces and no idea where the electricity that powers their vehicles is coming from other than recharging stations popping up like mushrooms overnight, taking up parking spaces for the handicapped. They just know that they are saving the planet from an impending manufactured climate doom caused by the greedy humanity itself.

On the other hand, if they are unable to bike, humanity should move into the U.N. planned high-rise, walkability-designed urban areas, where everyone would be neatly stacked and packed in high-rises within five minutes walking or public transportation distance from home, work, shopping, and entertainment. Such a shrunken megalopolis would be a dream for globalists to control the population. To me, it will be The Great Leap Backward, the American version of Chinaâ€™s failed Great Leap Forward to total global control of the population.

We had public transportation under communism, only the elites had cars, and we never got to travel very far, only as far as our biking, walking, buses, or the train took us, if we could afford the tickets that were already subsidized by the government. The salaries were so low and equal, that things had to be subsidized by the communist government for people to afford basics such as transport, shelter, and food.

If your roads are narrower, bike paths are springing up alongside roads, and parking lots have been taken out of existence, it is owed to the work of the â€œcivil societyâ€ of the United Nations and its NGOs staffed by Americans who just know what is better for the planning of your community, where you live, where you go to school, what you study, where you go for recreation, and how you live your life in general and do business.

United Nationâ€™s NGOs comprise a shadow government by proxy, unelected, but nevertheless quite powerful. Their Visioning Committees are working around the country to change your local and state governments and their zoning laws.

The 17 Sustainable Development (SD) goals were adopted at the U.N. Summit on September 25, 2015, committing the signatory countries to a world of â€œsustainable and equitable futureâ€ as part of U.N. Agenda 2030 for Sustainable Development. It is a multi-faceted, well-moneyed effort to globalize the world for better control and redistribution of wealth under the aegis of the United Nations. https://www.government.se/government-policy/the-global-goals-and-the-2030-Agenda-for-sustainable-development/

The SD brainwashing encompasses everything around you. In April 2019 National Geographic dedicated an entire special edition to walkable Cities of the Future, sustainable land, rethinking cities (whose vision?), and Urban Hubs. â€œIn a densely developed hub, sustainable land use within and outside its borders helps people thrive by providing water, food, and recreation. High-capacity transit reduces emissions and speeds commute times.â€

The progressive argument is that an urban area is a good and safe place to raise a family. Is a large metropolis a nice place to raise children and a better place for them to live? As a parent, my answer is NO. I prefer country living and suburbia, much maligned by the progressive left as â€œsuburban sprawl.â€

Hong Kong, pictured in the Nat Geo next to the verdant Victoria Park, with its other vast and undeveloped land areas while people live-in high-rise spaces the size of cages like animals, is certainly no urban model to emulate.

Susan Goldberg questioned in National Geographic, â€œShould we live in dense urban areas with public transit and walkable amenities? In sprawling suburbs created by our infatuation with the car? In high rises like those envisioned by Le Corbusier, now dotting urban districts across China?â€ Some of these buildings, malls, and towns in China are still empty.

Charles-Ã‰douard Jeanneret-Gris, known as Le Corbusier, a Swiss-French architect and Bauhaus urban planner, considered the pioneer of modernism, argued in 1925 that everything on the right bank of the river Seine in Paris should be demolished â€“ statues, homes, monuments, streets, and identical glass towers, 650 feet tall, should be built instead. A quarter of a mile apart, these towers would be surrounded by grass for pedestrians and elevated highways for automobiles.

Referring to his perceived war between â€œlovers of antiquitiesâ€ and â€œprogressive thinkers,â€ he allegedly stated that â€œprogress is achieved through experimentation; the decision will be awarded on the field of battle of the â€˜new.â€™â€ https://www.famous-architects.org/le-corbusier/

If we look at the amount of money and effort, mass indoctrination, including the most recent video, spent by the United Nations, academia, public schools, mass media, Hollywood, environmentalists, and â€œcivil societyâ€ (I am still not sure to this day who the members of this â€˜civil societyâ€™ are, although I have a pretty good guess â€“ the globalist elite who know better what is good for us, like a kind and benevolent dictator.) to bring about world-wide compliance with its 1992 Agenda 21 now morphed into Agenda 2030, it seems that we are at war with the United Nationâ€™s progressive plan called Agenda 2030.  This new â€œsocial contractâ€ with 17 SD goals that no American citizen has voted on, â€œis good for us,â€ assures us Jeffrey Sachs of the Earth Institute at Columbia University. https://youtu.be/ElJDadfkhEo

The stakes are high â€“ will we be able to keep our much envied â€œantiquatedâ€ American way of life, our very freedom and mobility which defines who we are?