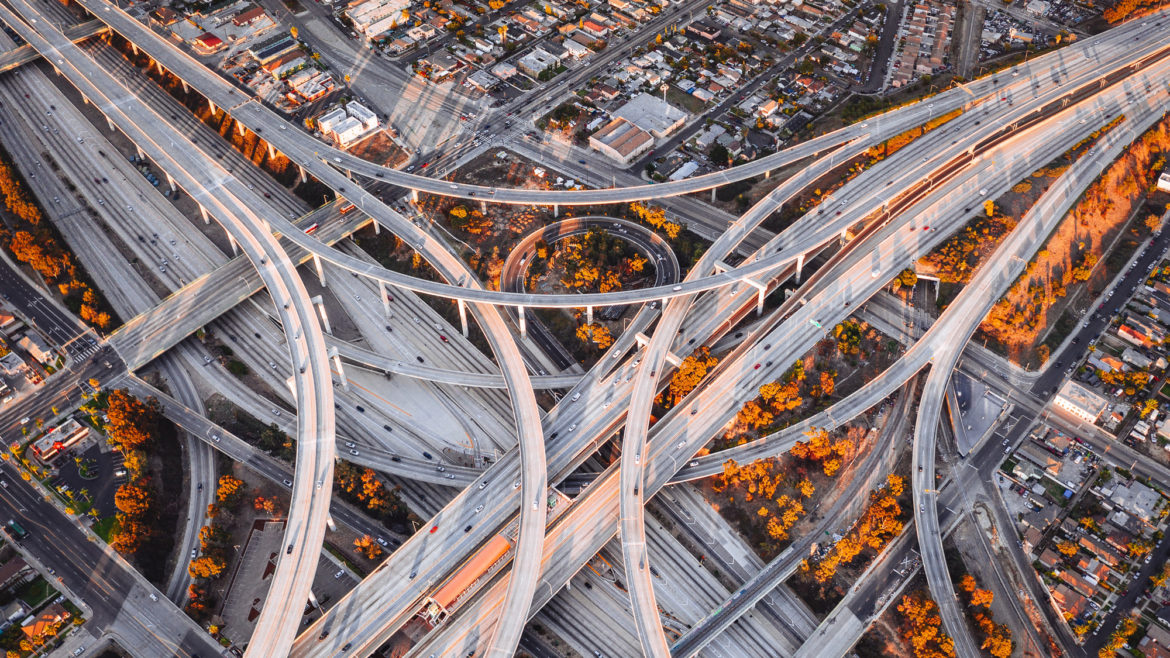 President Biden and the Democrats just spent $1.9 trillion on an unneeded stimulus bill, and that could be just the beginning of their budget blowout. Next up is an infrastructure plan of $2 trillion or more. The stimulus bill was debt‐​financed, but Democrats are saying that the infrastructure bill will be funded by tax hikes. Those hikes, combined with the labor and green regulations Biden wants to impose, will damage infrastructure, not help it.

The key to infrastructure policy is recognizing that the private sector owns most of it. In 2019, the nation had a massive $40 trillion in nondefense, nonresidential fixed assets, which is a broad measure of infrastructure. The private sector owns 65% of it, including power stations, freight railways, pipelines, factories, broadband networks, and much else. State and local governments own 30%, including highways, schools, and airports. The federal government owns just 5%….Private industry invests in infrastructure to earn profits, so when the government reduces profits with regulation and tax increases, businesses cut investment, and infrastructure suffers.

Biden is proposing large increases to business income taxes, including raising the federal corporate tax rate from 21% to 28%. Because private infrastructure is so huge, seemingly modest changes in tax rates can have a large effect. The Tax Foundation estimated that Biden’s tax increases would reduce investment in fixed assets, including infrastructure, by more than $1 trillion.

Edwards explains in more detail at this link.

Federal laws meddling in local infrastructure projects have already radically increased the cost of highway projects since the early 1970s, as legal scholar Walter Olson describes in Reason Magazine. Spending per mile on interstate highway construction more than tripled from the 1960s to the 1980s, after taking inflation into account. Federal laws passed in 1970, 1972, and 1973 made it easier for citizens and special-interest groups to “contest infrastructure projects, driving up their cost and delaying their implementation and completion,” Olson notes.

The federal government already delays infrastructure projects with all sorts of unnecessary rules that other countries reject as wasteful and expensive. Construction of public infrastructure is slow and costly in the United States compared with Europe and Japan. New York City subways are a famous example: The Second Avenue line now being partially constructed — a century after it was originally proposed — costs six times as much as a comparable subway line in Paris. Dutch road crews built an entire highway overpass over a single weekend. Such rapid construction seldom happens in the U.S.

Biden’s infrastructure plan will make things much worse, by imposing burdensome labor and energy regulations on infrastructure projects that drive up costs. Biden wants “union jobs” for highways, transit, energy, manufacturing, railroads, airports, broadband, and water systems. He plans to require all federally assisted projects to have “project labor agreements,” which require hiring workers through unions, paying union wages and benefits, and using union work rules. But only 13% of U.S. construction workers are currently unionized. As Chris Edwards notes, ”Union‐​backed Davis‐​Bacon rules already raise wage costs on highway projects by about 20%, and PLAs will likely raise costs further. Thus, under Biden’s plan, taxpayers will get less bang for their buck in terms of new infrastructure facilities built with their money.”

Tax increases are unlikely to cover the full cost of Biden’s infrastructure plan, so it is likely to increase the national debt, which is already skyrocketing due to the earlier passage of Biden’s $1.9 trillion “Covid relief” package. Both liberal and conservative economists said that package was too costly. Researchers at the University of Pennsylvania said it would hurt the economy in the long run by driving up the national debt. “The existence of the debt saps the rest of the economy,” said economist Efraim Berkovich. “When the government is running budget deficits, the money that could have gone to productive investment” is siphoned off, depleting “the capital that we need to grow our economy in the future.”