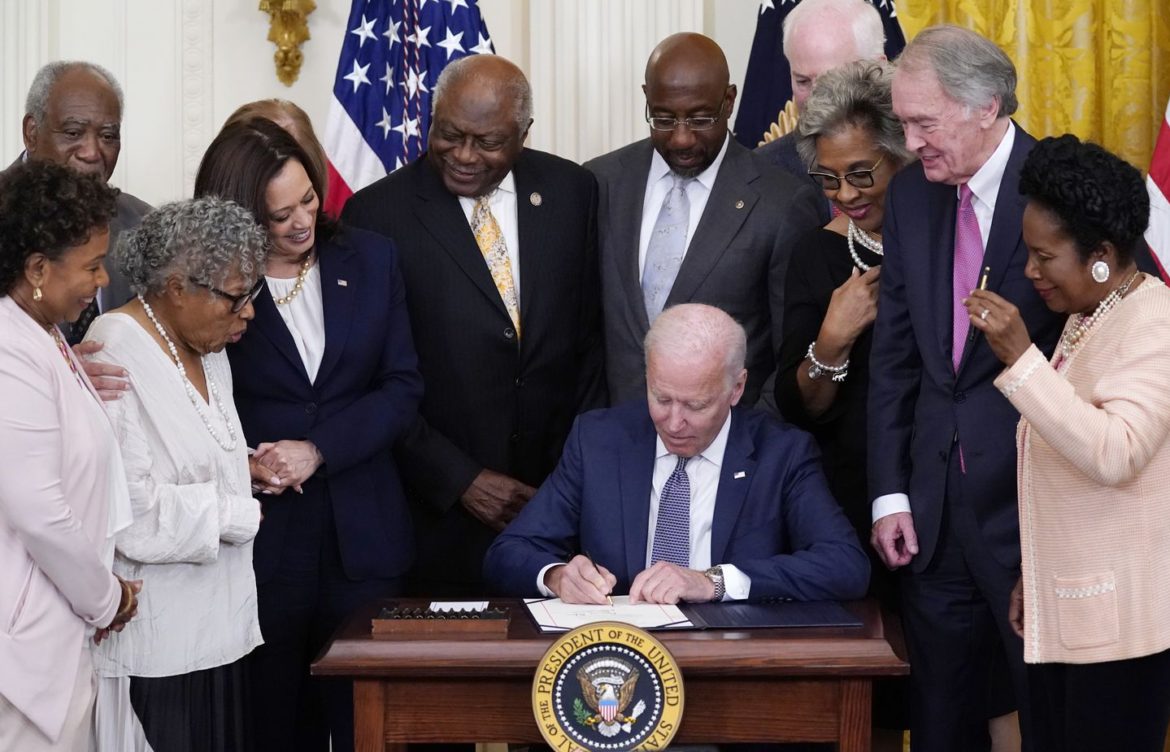 Today President Biden signed into law the first new federal holiday since Martin Luther King day in 1963. Juneteenth will be the 12th holiday for government workers.

Although the Civil War ended on April 9, 1963, it wasn’t until two months later, in June of 1863, when the slaves in Texas learned of their freedom. That day became known as Juneteenth.

More here and here. a

This is already happening in Evanston,IL where the Juneteenth and LGBTQ celebrations will be supported while the 4th of July celebration is being shutdown because of the pandemic.

[…] Posts The facts about Juneteenth Sunday Memes! How Far Have We Come As a Nation… Biden creates a new holiday- Juneteenth National Independence… Texas Builds a Wall Dysfunctional Government (III): Flawed Courts Over at […]

I think the official mispronunciation of the date is “Juneteenth,” not “Juneneeth” as indicated in the headline and again in the article.

The day the last US slave was freed to become a sharecropper and 2nd class citizen. Woohoo!!

It’s National Freedom Day, not National Independence Day. Because it’s the day slavery ended, for good, in the United States, not the day British colonists declared their independence from one empire so they could start another. But yes, for so many of our fellow Americans, this was their Independence Day.

I stand corrected. Thanks.