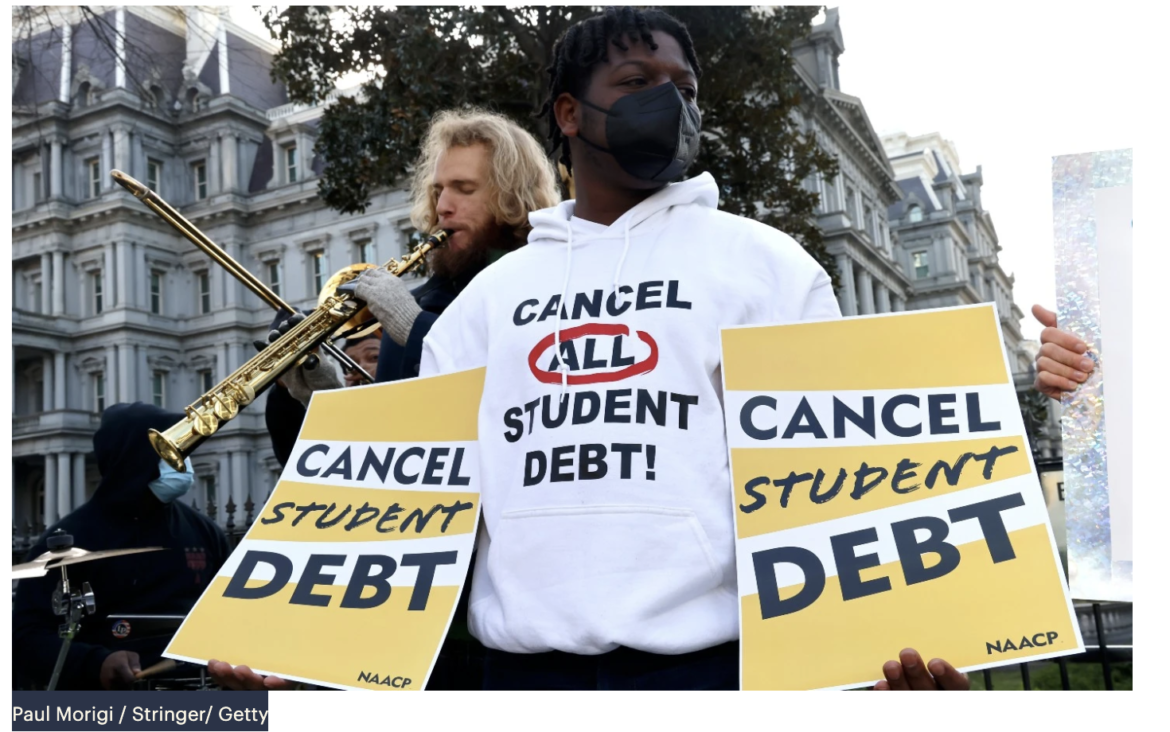 Joe Biden is planning to make taxpayers foot the bill for hundreds of billions of dollars in student loans, by writing off $10,000 in student debt per borrower, according to a Washington Post report. Writing off student loans encourages colleges to raise tuition, by making it more attractive to take out loans to cover tuition. When students take out larger loans, a college can charge an even higher tuition. The Daily Caller has noted that “each additional dollar in government financial aid translated to a tuition hike of about 65 cents,” according to the Federal Reserve Bank of New York. As the Daily Caller reported yesterday:

“President Joe Biden is planning to forgive $10,000 of student loan debt per borrower, according to a Friday report from The Washington Post.

Biden intended to announce the new student debt forgiveness plan at the University of Delaware’s graduation ceremony Saturday but postponed the decision after a school shooting in Uvalde, Texas on Tuesday, unnamed sources familiar with the issue told The Washington Post. The newest debt forgiveness plan would apply to Americans who in the year prior made under $150,000 and to married Americans who made under $300,000 in joint filings.

The debt forgiveness plan is not final and still subject to change, according to The Washington Post.

President Joe Biden extended a moratorium on student debt payments during the COVID-19 pandemic in April through Aug. 31. If the new forgiveness plan is confirmed, it is uncertain whether the moratorium would be lifted or extended, The Washington Post reported.

Democrats in Congress have urged Biden to order the Department of Education to forgive millions of dollars worth of student debt, claiming the debt has a worse impact on working-class Americans and minority groups. However, studies have shown.“

Writing off student loans may also increase the general inflation rate, according to an article in the Washington Post. Andrew Gillen of the Texas Public Policy Foundation argues that it is illegal for Biden to write off student loans like this, because it is beyond what Congress intended presidents to be able to do, and relies on a loophole that doesn’t apply to post-2010 student loans.

“Writing off student loans encourages colleges to raise tuition, by making it more attractive to take out loans to cover tuition. ” bullshit…….it was a trap……..states stopped supporting colleges and made going into debt easier. Simple as that. You already got your tax breaks because supporting our kids was no longer a budger priority. Thanks, GOP and fu, too

Since there is a deferment currently in place, permanent forgiveness does not add new money into the economy so the net inflation effect is zero. Thought you might want to know.

Are you really Nancy Pelosi? She’s a half a wit so….

twice as bright as you and works three times harder

You “works “3X harder than I do? Twice at bright, to boot? You da man! Yo, who says states must support colleges? Who says states must support you and your kids? Someone as bright and hard working as you should have no problem with that. And IF you want to support other people’s kids, why not just send them YOUR paychecks out of the boundless goodness of your Leftist heart?

Loan forgiveness isn’t a bad idea, as long as the right people get stuck with the bill

Loan forgiveness IS a bad idea unless the schools do the forgiving. What you’re talking about is money paid to schools by the government on behalf of a student and then telling the student, forget about it! That means taxpayers like me (and you?) actually pay the tab. Let the schools take it in the shorts, not me and every other taxpayer. If “it’s not fair to saddle someone just out of school with a debt like that”, then the student should not take out a loan in the first place. That student should call the ultra generous Democrat National Committee, George Soros, Black Lives Matter, the Sierra Club, and every other Leftist organization out there and ask them for a loan…or a humanitarian gift.

Um, yes if the government swoops in and pays the bill handing anyone a bill is a useless venture. We can at least start telling academia to pick up the tab, and yes it’s a given that we need to turn off the government spigots.
It’s easy to tell students not to take the loans, but given the dollar amounts involved and teh maturity of the customer universities are engaging in predatory lending. Where’s Fauxcahontas when we need her?

She speaks with forked tongue.

These are Democrats. They will hand out $10k of forgiveness at a time so that can promise financially strapped kids another $10k every election cycle. They are trying to buy the votes that their failed policies can’t earn.

Prices skyrocketed because the government got involved. Who can afford college anymore? Unless you’re rich, no one. You’re in debt for the rest of your life…unless, of course, government pays your debt for you. That’s really what this is and in line with the Democrats’ culture of dependency, i.e. getting free stuff that really isn’t free. A recent study showed that over 96% of Harvard graduates are Leftists. Accident? Of course not. And that’s probably what it is in most colleges. Unless you want to become a scientist, doctor, engineer, or other technical kind of graduate, don’t bother with college. Get an entry level job and rise through the ranks. Women’s/Black/Gay/etc. Studies, philosophy, sociology, and so many other majors are worthless in the real world. Get a job, save your money, work hard, advance and succeed.

Stupid is as stupid does. Tuition shot through the roof after Obama took over the student loan business. The whole idea then and now was to be in a position to be able to score political points by not requiring payback. Schools could charge as much as they want and get paid by the government while student borrowers could agitate for loan forgiveness.

Yes. Good point. Isn’t it interesting that as the government got more involved the prices skyrocketed? In the 70s you could go to college and pay for it with a summer job. And now… 24k x 4 or more years… And the damn schools never stop building a fancy new student center (See UVa…. “there are too many white people here in this multicultural center.” said one UVa student). I would guess that the gumment wanted to provide a floor for their allies in academia via those student loan amounts. The average person now gets to provide that floor also for the great liberal professors… I guess Bribem and Piglosi and Schmuckie Schumer are grasping at this to save their phony baloney jobs next fall…

What the heck are you talking about? You’re just making Leftist stuff up. No facts, no talk, no mean?

I am not making anything up. States across the board cut funding for colleges but then made loans easier to get so they essentially put the cost of that redution in support of education on the backs of the students. We all used to share in that cost much more than we do now.

Again, you’re making no sense. Why should states be required to fund colleges? If they do, why do kids want to attend if the cost is too high? Loans being easier to get doesn’t mean anybody with a brain should/would take out a loan that they can never pay back. Just cuz I can get a 2% loan for a car doesn’t mean I should go out and buy a $60K Mercedes, does it? Maybe I can start with a cheap Chevy, save some of the money I earn, and buy a more affordable car. And I could go to my local community college instead of Princeton. Go to work, my man, and earn a living.