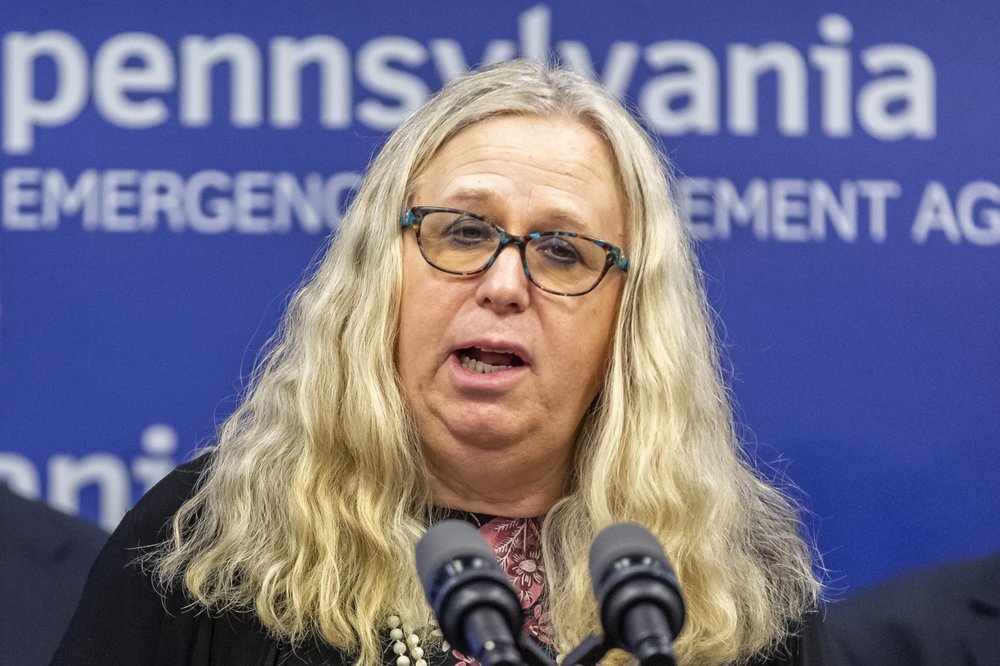 Biden to spend billions on sex changes for transgender troops

President Biden is directing the Pentagon to pay for sex-change surgery for transgender troops. That will likely cost billions of dollars at a time when federal spending is already out of control and our country’s national debt is already far bigger than our economy. Biden is doing so even though sex changes often fail to make transgender people happy, as some admit. The suicide rate of transgender people actually rises after they get sex changes, notes the Heritage Foundation.

The Washington Examiner reports that “taxpayers will now foot the bill for gender reassignment surgery for active military personnel and veterans, with some treatments costing upward of $200,000 under an executive order signed by President Biden.” Biden’s order “repeals an Obama-era policy that prohibited federally funded” sex-change surgery. The Pentagon could pay for a great many surgeries as a result. The Blaze notes that a “2017 report found there are more than 134,000 veterans and 15,000 service members who identify as transgender.”

If a third of these veterans and service members obtained taxpayer-funded gender reassignment surgery at a cost of $200,000 each, that would add up to a total cost of $10 billion. If more transgender people join the military in hopes of obtaining the surgery, taxpayers could be on the hook for billions of dollars more in surgeries.

That huge cost worries members of Congress. Rep. Jim Banks supports transgender individuals serving in the military but objects to American taxpayers funding sex-change surgeries. “This is radical and new territory for a presidential administration to force taxpayers to fund sexual reassignment surgeries for those in the military,” Banks told the Examiner. “I’m compassionate toward those individuals who want to undergo an elective surgery of this nature, but taxpayers shouldn’t be on the hook to pay for it.”

The military has no constitutional obligation to pay for any transgender surgeries at all. The Supreme Court implied in Trump v. Karnoski that the military doesn’t even have to allow transgender people to serve as troops. Moreover, taxpayer-funded sex-changes are not needed for transgender troops to serve: Thousands have served in the military without getting any surgery.

Paying for these sex-changes may cost $200,000, but the surgery often achieves little. It can fail to make transgender people happy, as they themselves admit. In 2018, the New York Times published an article titled, “My New Vagina Won’t Make Me Happy.” In it, a transgender person wrote about upcoming surgery: “Next Thursday, I will get a vagina. The procedure will last around six hours, and I will be in recovery for at least three months.” Would this bring happiness? Probably not, because “My body will regard the vagina as a wound;as a result, it will require regular, painful attention to maintain.” Yet the transgender writer still wanted the surgery: “This is what I want, but there is no guarantee it will make me happier. In fact, I don’t expect it to. That shouldn’t disqualify me from getting it.” “No amount of pain … justifies its withholding.” “Surgery’s only prerequisite should be a simple demonstration of want.”

Many people later regret getting gender-reassignment surgery. As the Heritage Foundation notes, a study in Sweden found that “ten to 15 years after surgical reassignment, the suicide rate of those who had undergone sex-reassignment surgery rose to 20 times that of comparable peers.”

Even before Biden changed Pentagon policy to pay for costly transgender surgery, transgender troops already posed certain challenges for the military. A lawyer argued that those were valid reasons to exclude them from the military:

There are sound medical reasons to disqualify from service those who identify as transgender, including surgeries and daily hormones which also interfere with scheduled military training and ability to be deployed. Diabetics cannot serve for similar reasons. The taxpayer money that would have been spent on costly and risky elective surgeries and decades of synthetic hormones that can cause cancer, in an effort to change sexual appearance, would be much better spent on treating our combat wounded soldiers and our veterans, and on buying equipment to keep our soldiers safe. … Transgender troops cost the Pentagon more money, on a per-person basis, than the average soldier does. Even supporters of recruiting transgender applicants are forced to admit that.

The military’s purpose is to win wars, not promote “diversity.” As a result, it excludes most people from military service, for one reason or another. People are excluded for reasons as minor as having facial tattoos. Historically, transgender people were excluded, too, until late in the Obama administration.