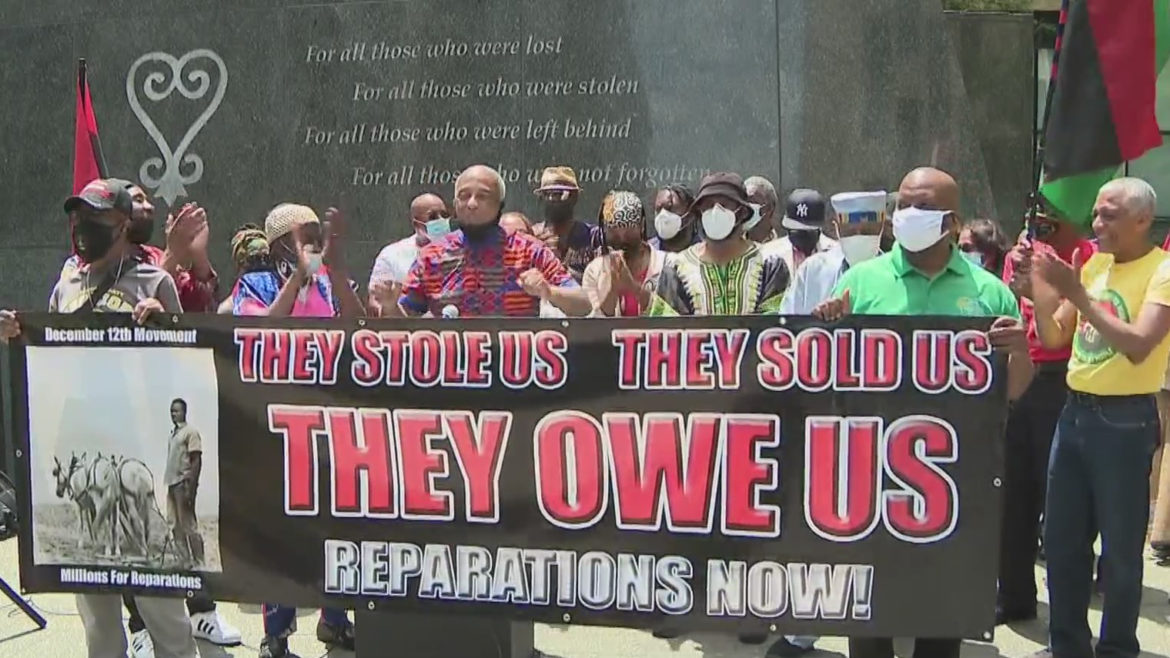 President Biden’s ancestors owned slaves. A genealogist quoted by the New York Post says that “two of Biden’s ancestors on his father’s side enslaved people while living in Maryland. Jesse Robinett, the president’s great-great-great-grandfather, enslaved two people in Allegany County, according to the 1800 Census,” while “Thomas Randle, another third-great-grandfather of Biden, enslaved one 14-year-old boy in Baltimore County in 1850.”

Biden has not told the public about his slave-owning ancestors, although he has falsely claimed that his great grandfather was a coal miner. Media fact-checkers note that Biden has made many false claims. Biden made his false claim about being descended from a coal miner in a plagiarized speech. As the Washington Post notes, “Biden’s first presidential run in 1988 exploded in allegations of plagiarism. Without credit, Biden’s stump speech included lines lifted from a speech given by Neil Kinnock, then leader of the British Labour Party. An operative in a rival campaign — that of Michael Dukakis, then governor of Massachusetts, who eventually won the Democratic nomination — gave to the media a tape comparing Biden’s speech and Kinnock’s speech.”

Biden has been sympathetic to the idea of the federal government paying reparations to blacks and Native Americans. Proposals to do that  would cost taxpayers an estimated $10-12 trillion dollars.

But if Biden is descended from slaveowners, maybe he should pay such reparations himself, before asking taxpayers to do it — especially since many taxpayers, unlike Biden’s ancestors, never profited from slavery, and are not descended from anyone who ever owned black slaves. After all, Biden is wealthy, and has at least $8 million.

Reparations would cost a lot, according to reparations advocates. The U.S. government should spend a minimum of $10 trillion on reparations to the descendants of slaves, according to a Stanford University panel. That’s nearly half the size of the U.S. economy. Reparations could require vast tax increases or massive increases in the national debt. Moreover, reparations are unlikely to stay limited to the descendants of slaves, so their cost would likely be much higher than $10 trillion.

Reparations tend to harm a country’s economy, without permanently eliminating its wealth gaps. Zimbabwe’s policy of redistributing wealth from whites to blacks ruined its economy, without increasing black wealth or investment. Many people just spend windfalls they receive from the government, rather than saving or investing the money.

When Uganda seized the businesses of Indian immigrants without compensation and gave them to blacks as reparations for colonialism, the businesses did not last for long afterwards, and Uganda’s economy collapsed. When Uganda let Indians come back to Uganda and set up businesses again 14 years later, Indians once again ended up dominating Uganda’s economy, even though they had to start from scratch.

In February, Obama said that reparations were “justified,” because “the wealth of this country, the power of this country was built in significant part … on the backs of slaves.​”​​ But his reasoning was questionable. Black people constitute only 13% of America’s population, and most Americans didn’t own slaves during the era of slavery. Slavery and discrimination, moreover, are not the cause of most present-day racial disparities in wealth. Most wealth is not inherited, and most of the wealth gap between whites and blacks is not due to inherited wealth. Non-white immigrants from Africa and Asia commonly earn more than whites do, showing that racism is not a barrier to success. “Asian Americans have the highest average net worth and highest average income,” despite harsh discrimination against Chinese and Japanese Americans in the past.

I guess that is what Biden meant when he said, “If you weren’t owned by my great-great-great-granddaddy, then you ain’t black.”

It appears that
Biden’s Lies Matter