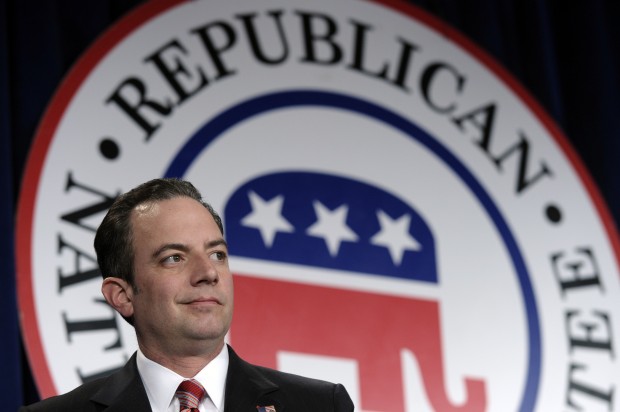 While small donors continue to fund Trump, some large Republican donors are urging the Republican National Committee to cut ties with Trump after the 11 year old sexual audio tape came to light.  A group of wealthy Republicans told the New York Times they have told the RNC to sever all times with Trump. From Fox News,

At some point, you have to look in the mirror and recognize that you cannot possibly justify support for Trump to your children — especially your daughters,” David Humphreys, a Missouri businessman who has donated more than $2 million to the Republican party since the 2012 election, told the paper.

From the NY Times,

Bruce Kovner, a New York investor and philanthropist who with his wife has given $2.7 million to Republicans over the same period, was just as blunt. “He is a dangerous demagogue completely unsuited to the responsibilities of a United States president,” Mr. Kovner wrote in an email, referring to Mr. Trump.

“Even for loyalists, there is a line beyond which the obvious moral failings of a candidate are impossible to disregard,” he wrote. “That line has been clearly breached.”

Mr. Kovner argued that the Republican National Committee should shift its attention to candidates who reflected its core values, like free markets and limited government. “I hope the R.N.C. sticks to candidates who articulate these principles!” he said

Some of these big donors have turned their criticism to National Republican Committee Chair Reince Priebus,

“The R.N.C. long ago should have cut ties with Donald Trump,” said William E. Oberndorf, a California investor who has given more than $3 million to Republicans since 2012. “Reince should be fired and replaced with someone who has the competence and leadership skills to rebuild the R.N.C.”

Even some of Priebus’s long time Wisconsin supporters have urged him step away from his allegiance to Trump,

“Reince Priebus has to ask, how much of his soul does he want to sell for Donald Trump at this point?” said Charlie Sykes, a conservative talk show host in Milwaukee, calling on Mr. Priebus to “man up.”

Referring to Mr. Priebus, Mr. Sykes asked, “Is he going to allow Donald Trump to throw Paul Ryan under the bus?”

It appears Priebus is between a rock and a hard place in this election.

Read more on this sad story here and here.

How soon after Trump’s defeat will Reince Priebus resign?  Within days is my best guess.

There seems to be disconnects all over the place.

The same folks who are in high umbrage over Trump seem to be the same people who don’t mind ‘business as usual’ at all other times, and who have never lifted a finger contrary to the prevailing winds of corruption. All of a sudden it’s, “What will I tell my daughters?” As to all of this sudden piety, I am willing to bet that the same shrill voices are permitting a steady stream of filth TV into their homes day and night … and guess what? Not one iota of thought as to sons and daughters.

As to all these high level GOP operatives in the Remove Support chorus, pretty much the same shills that have been selling us down the river for decades now, a pretty much discredited bunch of people.

America, it appears, is now reaping the whirlwind.

Yes, I am sick of the piety and their lofty morals and high flying ‘principles’. It’s all about them and their moral superiority. And that’s true for the poorest #neverTrump to the richest. They put themselves above what’s best for our country.

One might with good reason think that Trump is not a paragon of anything save self-promotion, but that the Republicans Elites adamantly, maybe rabidly by default campaigning for the Crime Syndicate, this is a real hard indication that Trump might not be just another wolf in sheep’s clothing.

The recent Corey Steward doings has caused me to take Steward more seriously as far as authenticity factor. So, sometimes, it might be that good things are organically stemmed from bad intentions gone to unintended consequences.

If your calling Trump’s defeat (as your last sentence here does) based on the countless questionable structured polls produced by and for Clinton supporting mass media national reporting agencies this presidential cycle I wouldn’t be all that totally confident in that prediction. The techniques and sampling methodologies of solid, unbiased poll result reporting have gone out the window along with (what does Fox News call it?) fair and balanced reporting.

The popular vote seems to me very close and may even see Trump slightly ahead but of course that is irrelevant as it is the electoral college (what is collegiate about this thing anyway?) count that will put one or the other in the WH. There Trump has a more difficult task given how the electoral college map has been constructed. A gerrymandered wonder supposedly proportionately based on the allocations of the 2010 Census and involving state officials, the Office of the Federal Register and the National Archives and Records Administration (NARA), and the Congress (largely absentee participants) in a process that is arcane and totally opaque to the typical voter.

The electoral college’s processes and construction rarely comes up in either political or media discussions of either parties’ establishments. The Democrats have been milking it for years to manage elector count to their advantage and it you ever wonder why the Democratic party takes the management of the periodic census gathering process so deadly serious vs the Republican’s lassie fare attitude you have your answer. I link a print friendly version of the rules and process below for those that may be interested in gleaning how this constitutional anachronism actually works today,

Regarding calling this one today I believe the prudent might want to wait it out till election night (morning?) to call victory for anyone as the misinformation of this election has been deep and consistent.

Yes. The polls weren’t wrong in 2012 or 2008 or any other recent years so I suspect they won’t be wrong this time either.

As Democratic Fox News pollster commentator Pat Caddell has noted on numerous occasions over the past few months the polling process this cycle has taken on a manufactured aspect on a scale never seen prior in any presidential campaign including Obama in 2008 and 2012. This tool has become very unreliable in the hands of openly partisan practitioners unfortunately.

We in America seem to have achieved a complete disconnect from all reality. This being the case, the only two questions which remain: are we irrevocably doomed? Or can the American people stage recovery?

I’d like to see that poll on that one!

These “big GOP donors” are just like those a little further down the government food chain, who are desperate to protect whatever piece of turf they currently occupy in this rancid political structure. The same voters who gave Trump the largest vote EVER in the primary and the largest number EVER of small $ donations are the same fed-up folks who can put Donald Trump into the White House on Nov. 8th.

DT doesn’t need “the BIG donors” because he is doing just fine with the masses who are with him 100%.

Check out the record $$’s given Trump. And why would anyone expect Rence to cut ties with Trump, he IS the Republican nominee after all, the guy who ran over 16 other nominees, holds record rallies, someone who has been the heart of most Republicans….Rence is the Chairman of the RNC….this article is misleading again. Our party is broken, we the people are trying to break up with the establishment…..they just don’t want to let it go. Over what – comments? VS action that HRC has been proving for decades.

They still don’t get it, the harder they go after Trump, the harder they fall. No one cares what these people think, they can stick their money where the sun doesn’t shine, Trump has the AMERICAN PEOPLE behind him, something they will never have.

Trump just fired the Ohio GOP trollop. I love that he fires people that aren’t doing their job, one of the reasons the NT’ers are scared crapless of him. I can think of a few more RPV here in VA that need to be given the boot.

Trump can’t fire elected members of the Republican party. He can’t fire the party chair in Ohio nor can he fire John Whitbeck or anyone who works for John.

Severed ties, does that make you feel better? The GOPE Trollop is GONE.
https://theconservativetreehouse.com/2016/10/15/enough-is-enough-team-trump-severed-ties-with-kasichs-ohio-gope-chairman/

Watch this space for his guest column.

I think Whitbeck doesn’t put up with anyone working against our nominees.

Yes he does take action but my question to you do you really believe he takes actions on this issue consistently? I don’t see that behavior at all in his reprisals to date regarding non nominee supporting Republican state officials. Therefore what he puts up with largely depends on who you are and his view of the political ramifications. A very flexible rule book indeed.

It’s not perfect discipline, because of the appropriate power at hand, but I do not want to be recorded on the wrong side of his ledger… he never forgets.

Well fear is one way to manage an organization and people. It hasn’t created many long term successful organizations or political structures but it undeniably has played a major role in human history and by the way it’s misery as well.

It’s not that Whitbeck always rules with Fists of Fury, it’s that he doesn’t have much patience and understanding for those working against the party… I kinda expect that and respect that in a chairman.

GOP Whore, are you not aware of gender awareness? It applies across the board.

I didn’t think Trollop was the oldest profession, but he was worked it against his party much like what is being celebrated in some rants and comments on this forum.

The GOP elites are just showing us all what they are made of. Something The Donald has been getting falsely accused of groping, I would say. I really don’t think we need them or the deep pockets of them mega-donors that have been soiling their diapers!

The polls don’t match the crowds, signs,or social media. It’s all psychological warfare. Trump pulls 30,000 people to his Florida rally while the hildebest gets 1,000 at her rally in Miami, a democratic stronghold. She is losing big time. Yet MSM claims she is winning the state.

Obviously, some of these naifs believe any accusations the leftists get people to claim. I guess they don’t recall the old schoolyard saying, “You lie to it and I’ll swear it’s true.” and never read Herr Goebels.

WHY????
Why was the Rino at The Printing Express in Harrisonburg at 9 AM on Friday with a check for $1,715 ? Who can guess?
I miss the mountains !!! Drove up I-64 from Hampton to RT 15 east of Charlottesville and followed that to Gordonsville. Then drove RT 33 to Harrisonburg. Saw one Killiary yard sign and endless numbers of Trump signs. Beautiful country thru that area.

Trump and Priebus are both goners. Biggest victim of this ill-fated campaign will be the country.

Thanks as always wild and crazy RINO! You make my day here

And they refuse to see it. Okay, rocket scientists. You’ll learn the hard way in a few weeks.