Latest Posts
That Never Happened
Coca-Cola reportedly told its staff to ‘be less...
General Assembly passes bill to ban the death...
Graphs: Twitter, Facebook Followers For All Virginia 2021...
Sunday Funday Memes!
The RPV at the Leadership Crossroads
Results of Amanda Chase lawsuit against RPV and... 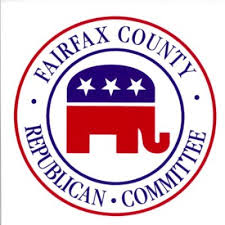 Yesterday was the deadline for 2015 Republican candidates in Fairfax to file for the party nomination. The only person who filed to run for chairman of the board was the perennial candidate Arthur Purves.  By default, that makes him the Republican nominee.[read_more] He is no threat to Democrat Chairman of the Board, Sharon Bulova. Purves has said he will spend $10,000 on the campaign, a fraction of what he will need to be competitive. In 2011, Sharon Bulova spent over a million dollars on her campaign for chairman. Purves will have to have luck on his side, and a strong wind, to get even 25% of the vote.

Chairman of the board isn’t the only race in Fairfax where Republicans are having a trouble recruiting candidates. As of now, six Democrat state senators in Fairfax have no opposition along with nine delegates. Four Democrat supervisors are running unopposed as are six school board members. One constitutional officer is also running without challenge. That’s a total of 26 seats in Fairfax without a Republican candidate to challenge the Democrats, the worst in the state.

Another problem for Fairfax Republicans was created earlier this week when the Fairfax Republican Committee twitter page referred to Janet Oleszek, Democratic candidate for Supervisor in Braddock, as a troll. That’s just wrong. We should not be reduced to name calling. Janet Oleszek is a very nice lady who should never be called a troll, or any other name. In 2011 Oleszek, a former school board member, ran in Braddock against John Cook and lost by a mere 371 votes.

Lastly, Fairfax Republicans have the very heated primary race in Sully ending with a firehouse primary on April 25th. Some Fairfax Republican leaders are upset with John Whitbeck’s statement of support for John Guevara.  Some elected officials in Fairfax are saying John Guevara will win the nomination in Fairfax, despite their early support for Brian Schoeneman. Many think Brian Schoeneman is likely to end up in third place, he simply isn’t known in Sully district. He should have moved into the district more than 5 days before filing to run for office.

Another problem for Fairfax Republicans is a flyer that is being circulated in Sully district. It is a rather graphic picture of a women’s breasts with a disparaging remark about John Litzenberger. I know it is not being circulated by John Guevara or his campaign. John wants no negativity in his campaign, he is running a completely positive campaign, and would never support or encourage something like that.  I also know that the flyer is not coming from the democrat candidate in the district, Kathy Smith.  Her campaign is not involved. That only leaves one candidate. I am not saying that Brian Schoeneman is circulating the nasty flyer, but it looks like his supporters are. Brian may even be unaware of the flyer. I hope Brian calls out those who are doing this, telling them to stop. Now. It’s disgusting and doesn’t help Brian’s campaign as his supporters may think.  Mr. Litzenberger doesn’t deserve this.

A list of Fairfax Democrats for office here.  If anyone has a link for Fairfax Republican candidates, please add the link below. I was unable to find it.