Lame duck Lieutenant Governor Bill Bolling issued a statement about the election expressing his disappointment with the results. What he didn’t say is why he is disappointed.

One of the most remarkable aspects of yesterday’s defeat was how close it came to being a triumph. Ken Cuccinelli was saddled with a number of “boat anchors” that kept him from performing as the fundamentals of this off-year election would normally predict. I will explore this in more depth in another post, but these drags on performance included a crippling fundraising disadvantage, a poorly managed message, a third party spoiler funded by Democrats, an incredibly ill-timed government shutdown, and unparalleled and unprecedented backstabbing from within his own party. Despite all of this, Cuccinelli far out performed the polls, and shocked the pundits.

At bottom, Cuccinelli himself ultimately deserves the blame for his loss. This was Cuccinelli’s race to lose, and lose it he did…but he had lots and lots of help.

Which brings us to Bill Bolling. From Fox43 in Hampton Roads, Bolling says, 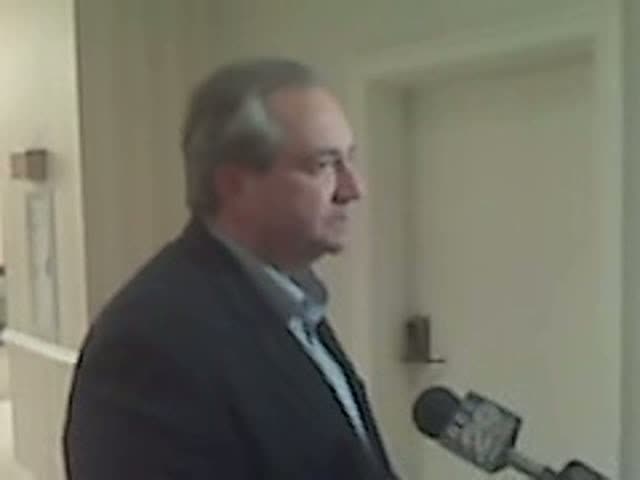 “As a Republican, I am deeply disappointed that our party has lost control of our state’s top two elected offices. There are clear lessons in these losses for the Republican Party. Going forward, we need to have an open and honest conversation about the future of our party and determine what we must do to reconnect with a more diverse voter base whose support is critical to political success in Virginia.

What he meant to say was that he was deeply disappointed that it wasn’t a sweep of all three top elected offices, and that the margin of defeat wasn’t even wider. If he was truly deeply disappointed about the loss, then why was he not helping the ticket to win? It would be charitable to say all Bolling did was sit on his hands and keep quiet. In reality, he reveled in the schadenfreude of seeing his erstwhile rival for the nomination squirm and twist in the wind, severed of his ties to a unified party apparatus and establishment support (with Bolling himself grinning like a Cheshire cat holding the scissors). Bolling did not lift a finger to support the ticket–and at times actually visibly worked at cross-purposes with the party–making his claims of disappointment ring very, very hollow. Bill Bolling is about as disappointed with this outcome as Terry McAuliffe himself.

Bolling’s most damaging behavior, though, was his continued distance from the party he helped build, and its ticket. Whether he liked it or not, Bolling was a leader of Virginia Republicans, and leadership comes with responsibility. In this case, Bolling should have entertained Cuccinelli’s overtures to bury the hatchet and unify the party heading into the general election. I understand Cuccinelli made numerous attempts to do so, only to be continually rebuffed. Instead of dealing with Cuccinelli (as in, making some sort of a deal or otherwise engaging to move the candidate or the party in his direction), Bolling founded a separate organization to promote “mainstream” conservatives (an implicit and sometimes explicit rejection of anyone who opposed his nomination as being somehow out of the “mainstream”). To be clear, Cuccinelli should have done a better job at reaching out to disaffected Bolling supporters and unifying his party with or without Bolling’s help. But Bolling’s prideful and purposeful resistance made that more difficult, deepening the divide and crystallizing the “extremist” narrative that would come to dominate the general election campaign.

So why did Bolling behave this way? It’s not about ideology. Known as the “Hanover Hun” during his time in Virginia’s Senate, Bolling was every bit a conservative as Cuccinelli. Running for re-nomination in 2009, Bolling consistently employed firey conservative rhetoric and bombast, just as Ken Cuccinelli did. Prior to Bolling’s walking away from the nomination fight, there was very little daylight between him, Cuccinelli, and other Virginia Republicans on the whole range of issues important to conservatives (including the dreaded Tea Party).

Fundamentally, Bolling’s prolonged tantrum is about his hurt feelings. He waited his turn like a good party solider, earning praise from all quarters for his supposedly selfless deference to Bob McDonnell in 2008 for the 2009 nomination for Governor, in exchange for a clear path to the nomination in 2013. To him, Cuccinelli was a usurper who deserved his comeuppance for not adhering to Bill’s and Bob’s pact. The reality is that Bolling would have lost a contest against McDonnell so he read the writing on the wall and acted to preserve his ability to seek the nomination at a later date. [UPDATED: According to one commenter below, Bolling’s decision not to contest the gubernatorial nomination in 2009 was greatly informed by personal finances.] When it became apparent that Cuccinelli would best him in 2013 (and make no mistake, Cuccinelli would have won in a primary or a convention), Bolling bolted.

The rest of the story played out yesterday. The problem is that the real loser here isn’t the line-jumper Cuccinelli, it’s the Commonwealth of Virginia and all her taxpayers. More directly, Bolling has set the stage for a prolonged internecine fight within the Virginia Republican Party that could, unfortunately, continue to hobble our candidates with ready-made “schism” headlines for every campaign in the foreseeable future. Nomination contests happen, and that’s a good thing. But, they usually cause some amount of division and hurt feelings. Real leaders step up to help the healing. Bill Bolling poured salt on the wound.

So congratulations, Bill. Let us know how that dish tastes, and whether it’s really true that it is best served cold.