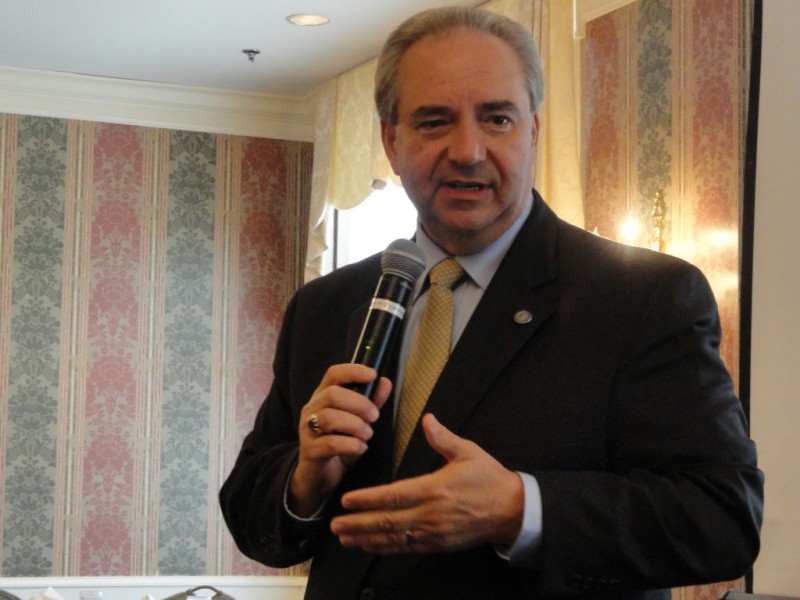 James Madison University President Jon Alger allowed former Lt. Governor Bill Bolling to write part of his job description for his new job at JMU.  Bolling’s job with a title he authored of senior fellow in residence for public service, will pay $140,000 per year plus a house rental.  The contract will last three years to add to Bolling’s state pension.

The deal for the job began when Bolling was one of Alger’s bosses on the university’s Board of Visitors.  From the Richmond Times-Dispatch:

After approaching Alger about a job, the records show Bolling was allowed to write parts of his own job description, including changing his title; was granted reduced-rate rent on a university-owned house and given a “signing bonus” to cover the first year of the rent, at his request; was allowed by Alger to continue some work at the insurance firm he works for in the Richmond area after he started on the payroll at JMU, which Bolling told university officials would net him a total of $50,000; and received free club seats to home football games.

There had been no job posting or competitive search to fill the new position created for Bolling, a Republican who served as lieutenant governor from 2006 to 2014. He previously served as a state senator for a decade after four years on the Hanover County Board of Supervisors. James Madison,  in Harrisonburg, has an undergraduate enrollment of 20,798.

Bolling’s hire was the first time JMU hired a former member of the Board of Visitors.