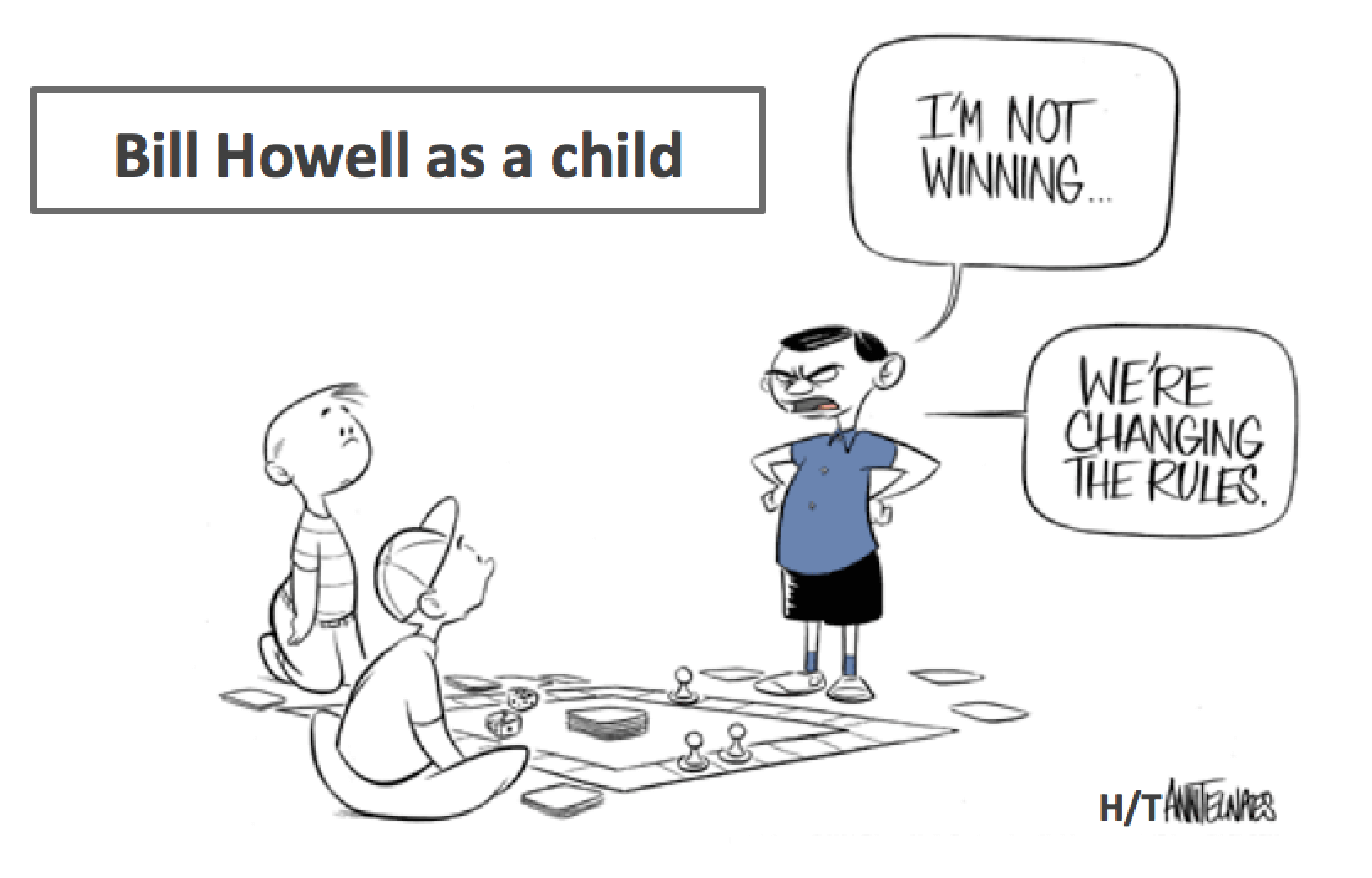 Bill Howell apparently has to cheat to win

And in the process, he’s throwing the rest of the Republican Party under the bus.[read_more]

News has been percolating over the last couple of days about a scheme Speaker Howell hatched to get the State Board of Elections to change their rules for requirements to get an absentee ballot. According to sources in state government who were close to the matter, Howell lobbied the Democrat-controlled SBE to do something Democrats would love to have done on their own, but would never have gotten passed in the Republican-controlled General Assembly.

On May 13, the State Board met and granted Howell’s wish: to allow people applying for an absentee ballot to do so electronically—with an electronic signature.

Now, that may not sound like much. But consider this. The absentee voting period started in April, so this change in the rules of the game came smack in the middle of the absentee voting period, when all the other campaigns around the state are invested in turning out absentee voters the old fashioned way: getting people to print and sign hard copy applications, and then either scanning and emailing them in, or mailing or hand delivering them. 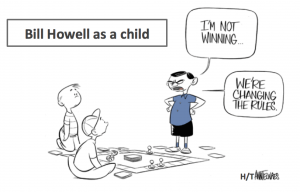 Still, you say, isn’t making it easier to vote absentee a good thing? Maybe, maybe not. It could also conceivably lead to more voter fraud, but that’s really beside the point of this particular flex of political muscle and corrupt influence in Richmond. Why? Because the State Board made their decision effective immediately and didn’t bother to tell any candidate–other than Bill Howell–about their decision.  It’s not on their website, it wasn’t sent to candidates via email, and no announcement or other public bulletin was made.  This was effectively secret law written at the behest of the state’s most powerful politician to give him an advantage over his primary opponent.

Once he got the decision he wanted, Howell immediately launched a well-engineered web portal to allow people to just visit his site, provide some information, and PRESTO! The campaign takes care of the rest, skipping one of the most arduous steps in the absentee process (getting individual voters to fill out and sign a physical copy of the application).

How many ways was this hidden rulemaking improper?

Bill Howell is running for reelection by telling people all about his “proven conservative leadership.”  Someone who pulls this kind of stunt doesn’t even know what the word conservative means. Howell should be ashamed of himself. He’s damaged the whole rest of his party with a corrupt exercise of power, all to save his own skin.

This is how you cheat in an election without having to go to jail.  Step 1: be the Speaker of the House.  Step 2: secretly get the election rules changed in the middle of an election (bypassing the legislature) and don’t tell anyone.  Step 3: exert your power and influence to intimidate into silence anyone who might challenge you on it. (This will be where the WaPo comes in with a great cover story for Bill)

It’s not going to work this time.  The fact that Bill Howell apparently thinks he needs to cheat to win confirms that he’s vulnerable, and that despite hundreds of thousands of dollars worth of slick mailers, conservatives in his district are rejecting his lies.  They’re turning to Susan Stimpson instead.

All this just proves what many of us have known for a long time.  Bill Howell is in this for his own power, and will stop at nothing to keep it.

Bill Howell apparently has to cheat to win was last modified: May 23rd, 2015 by Jamie Radtke
#va28absentee ballotsBill Howellchanging the rulescheatingSusan Stimpson
99 comments