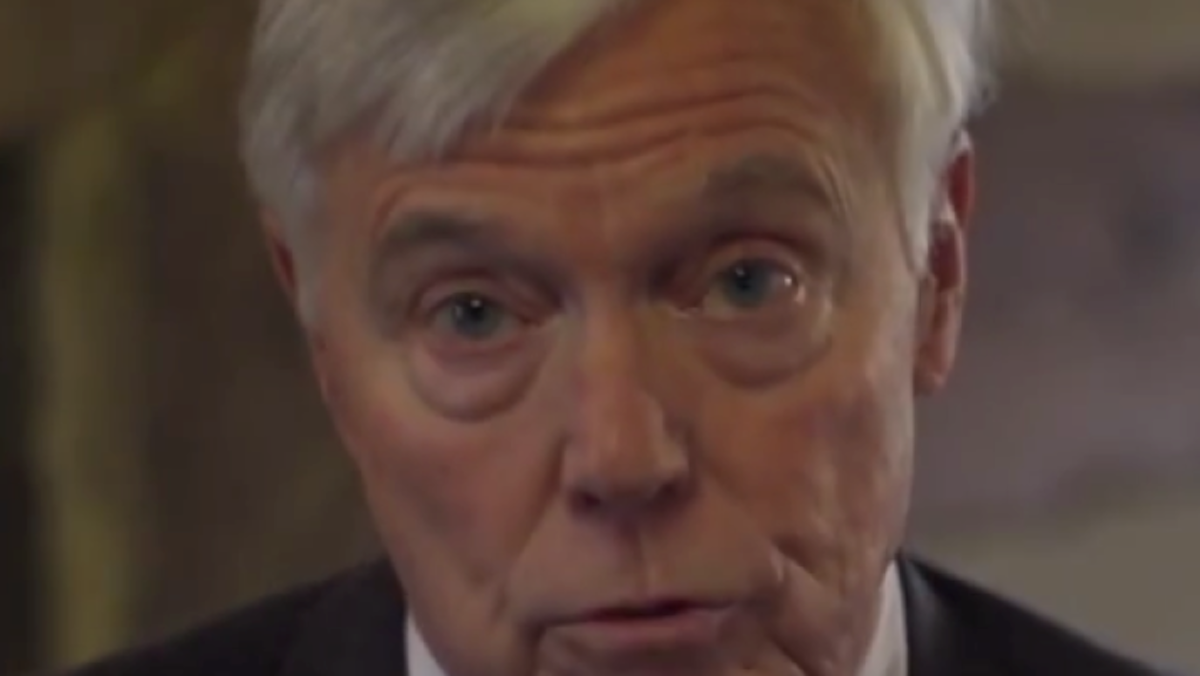 I’m getting some push-back from my Free Lance-Star endorsement of Susan Stimpson for what I said about the Speaker’s involvement in attempted Medicaid expansion.  So, some explanation is in order.

We all remember how Bill Howell and Bob McDonnell wanted so badly to pass their tax and transportation tax hike scheme in 2013 that they had to enlist the support of Democrats to do it. And we all remember how those Democrats had to be enticed with a “path forward on Medicaid expansion” to support the largest tax increase in Virginia’s history.

The product of that supposed compromise was the Medicaid Innovation and Reform Commission (MIRC), a legislative commission that was required to expand Medicaid if certain modest reforms (most of which had already on their way to approval) were met. In the same section of the budget giving MIRC this authority was–sitting all out in the open and by itself–a blanket appropriation that was not made contingent on any other action, either by the MIRC or the Governor: “There is hereby appropriated sum sufficient nongeneral funds for such costs as may be incurred to implement coverage for newly eligible individuals pursuant to [Obamacare].”

Sen. Don McEachin (D-Richmond) wrote that, “[t]oday, Senate Democrats delivered critical priorities to Virginians, with a historic transportation plan and a budget that prioritizes the expansion of Medicaid.” Senator Janet Howell (D-Fairfax) said, “We have put Virginia on a clear path to expanding Medicaid.”.

Members of the House and Senate GOP caucus were told that this wasn’t the path forward to expansion the Democrats were claiming, and that instead, creation of the MIRC would actually make it harder for Medicaid to expand because MIRC would take that authority away from the Governor.  I was actually in the Capitol on February 23, 2013, and heard this myself.  The clip below from an interview with Speaker Bill Howell’s chief deputy on the John Fredericks Radio show, two days after passage of the deal, gives a good flavor of the messaging then:

Later in the year when your humble correspondent tried in vain to convince Speaker Howell that Republicans needed to tighten up language around the sum sufficient appropriation or else we’d be leaving a door open to expansion by the Governor, he repeated this message to me.

Guess what?  Fast forward to June 2014.  Over Speaker Howell’s opposition (until it was clear it would pass, when he switched to the winning side), conservatives in the Senate, flexing the new Republican majority power, amended the budget with what became known as the Stanley Amendment.  The Stanley Amendment removed the “sum sufficient” appropriation and replaced it with language affirmatively prohibiting the use of any funds for Medicaid expansion unless those funds were “included” in some later act of appropriation (one passed on or after July 1, 2014).

The Governor and the Democrats went berserk at what they regarded as Republicans having gone back on the deal they made in 2013.  Governor McAuliffe, a short while later, attempted a failed veto of the Stanley Amendment.  But, not all his vetoes failed.  One of them vetoed the budget language that gave MIRC its authority to expand Medicaid, which the House of Delegates voted to sustain.  [06/23/14 House: House sustained Governor’s veto Item 301.TTT.6 and part of 7.a].

So now we’re without a MIRC serving as a “firewall” against expansion, and while that worked OK for the budget passed in June 2014 because of the Stanley Amendment, that protection was allowed to expire with the passage of the next appropriations act (we’ve now had two of them since June 2014).  That means we’re back to where we were before the Medicaid/transportation deal was done in February 2013, when everyone apparently agreed the Governor had the authority to expand.  But, Speaker Howell claims to have led the fight to stop the Governor.

So, question to Speaker Howell: were you lying then, or are you lying now?  Did the MIRC take away the Governor’s authority or didn’t it?

For the record, I believe the Governor has always had the statutory authority to amend the state’s Medicaid plan to expand it to include those made newly eligible by Obamacare, but that without the “sum sufficient” appropriation, he lacked any clear budgetary authority to spend the necessary funds.  Hence, rather than provide a firewall against expansion, the deal establishing the MIRC  opened the door to it by giving him that appropriation.  This was later confirmed by several sources we have spoken with, and by sources speaking to The Washington Post who confirmed the sum sufficient language was precisely what McAuliffe was relying on to expand on his own. In reality, the MIRC was political cover for the deal made February 23, 2013 that the conservative grassroots blew up on June 12, 2014 (i.e., the #BLACKorBUST movement).

Did Bill Howell ensure defeat of legislation that would have specifically and overtly expanded Medicaid?  Yes, of course.  Several times.  But all through the 2014 session he also simultaneously worked diligently to protect the Governor’s ability to expand it on his own, even seeing to it that an amendment that was an early precursor to the Stanley Amendment was killed, and resisting the Stanley Amendment right up until the very end.

These are facts, not opinions.  I leave completely unaddressed the question of why Howell would do this.  Was he just not particularly on-the-ball as a legislator?  Was he duped by subordinates?  Steamrolled by (now retiring) graybacks in the Senate?  Or was Senator Tim Kaine right in suspecting during the 2014 session that, despite professed opposition, senior Republicans, led by our own Speaker Bill Howell, actually wanted Governor McAuliffe to expand on his own so that he could have his cake (more of your money to spend) and eat it too (no electoral accountability)?  I’ll let you answer that question, but given the facts, for Republicans there is no acceptable answer.

For this, Bill Howell deserves a “Pants on Fire” rating when he campaigns on personally having stopped Medicaid expansion.

Certain people’s heads will explode upon publication of the above post, so allow me to address the arguments that will be thrown in my direction so we can all save some time.  No need to read this if you’re not a nerd like me, or a reporter fact-checking the spin from the Howell operation, or unless you’re brainstorming ways to attack what I’ve written.  In which case, knock yourself out.