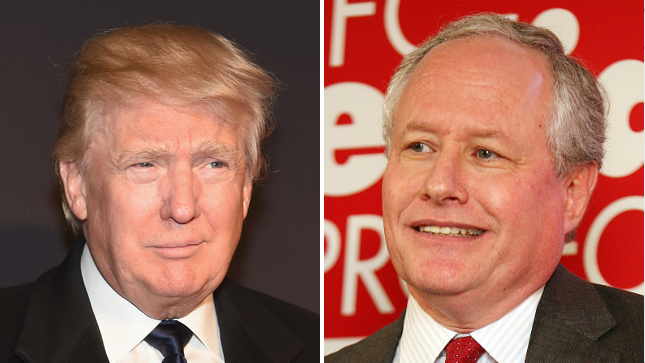 On Saturday Bill Kristol announced on his Twitter page:

“Just a heads up over this holiday weekend: There will be an independent candidate–an impressive one, with a strong team and a real chance.”

“Bill Kristol has been wrong for 2yrs-an embarrassed loser, but if the GOP can’t control their own, then they are not a party. Be tough, R’s!”

“The Republican Party has to be smart & strong if it wants to win in November. Can’t allow lightweights to set up a spoiler Indie candidate!”

Horrible choice, even if this isn’t true.

Has to be Romney. If Weld were at the top of the Libertarian ticket, he could do some real damage to both major parties. It’s late to get on the ballot.

There already is a good 3rd choice. His name is Gary Johnson.

Gary Johnson is a terrible choice.

He won the Libertarian nomination even though he proved in the debates that he doesn’t even understand what a Libertarian is.

Its true he’s a fiscal conservative, but when it comes to social issues and immigration he’s just as bad as any Democrat.

Kristol is strictly neo-con establishment, and Trump is a threat to Kristol’s status quo.

Professionally, Trump is Kristol’s dream. but unlike a sellouts like Fox, Kristol cares more about the country than about the dollar.

No way. It’s to late to even get on the ballot in some states.

Anything on jobs going to China? Illegal’s? Campaign finance reform? Didn’t think so.

While I hesitate to comment on the Battle of the Blowhards, look at Kristol’s record when it comes to predictions. They usually turn out to be fantastical.

Something’s wrong with Kristol. Can’t he just be glad the republicans have a nominee who people are coalescing around? Seems like he wants Hillary to win, doesn’t it?

Yes! He thinks he’s oh-so-very much than everyone else. He’s an intellectual, doncha know and the rest of us are morons.

Shameful to make intelligence a bad word. This attitude has given us Trump.

Anti-intellectuals are no better than the intellectuals you describe. Both think they are “better,” and both engage in slurs of the other.

Kristol seems to not understand all of the issues here….