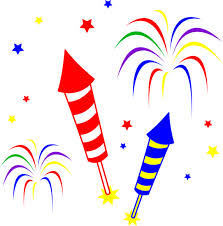 Virginia Senate Bill 1158 passed in the Senate by a vote of 30 to 8 and is now headed to the House of Delegates. [read_more] It would expand the kinds of fireworks available for sale in Virginia to include fire crackers, bottle rockets, and Roman candles.

If the bill passes in the House (seems likely) and the Governor signs it,(can’t speculate) it won’t take effect in time for the 4th of July. The bill wouldn’t take effect until January 1st, 2016.

Yet another critical bill to bookend Jeff McWaters (R) proposed ban on atmosphere balloon release ( that one voted down 21 nay 16 yea). I’m anxiously awaiting the noise abatement cicada bill purportedly in the offing (well maybe not). Another session for the history books.