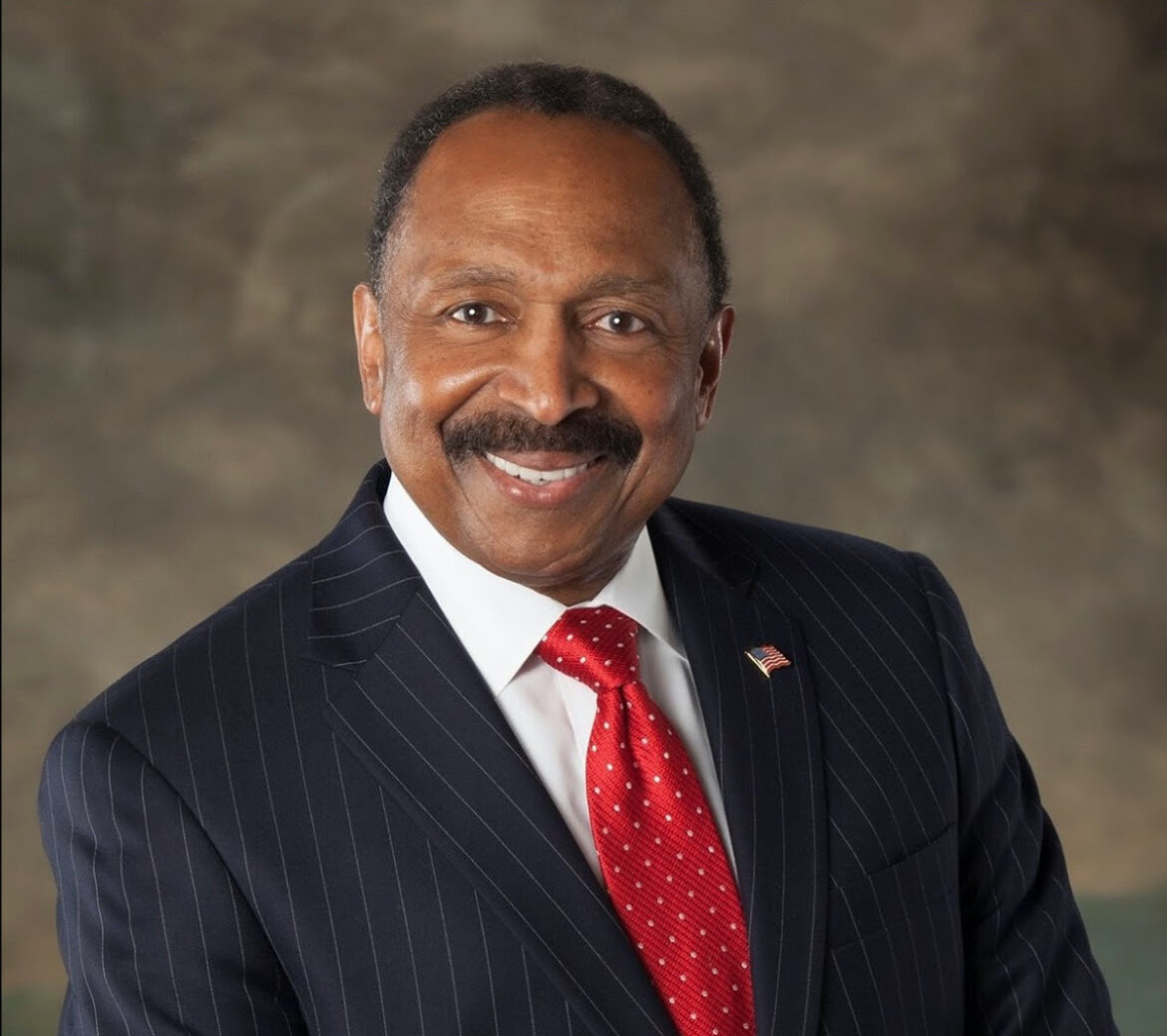 The demons come running out at the name of Bishop Jackson. If he is a political nobody whose career was over before it began 10 years ago, what do you care? Why do you carry intense hatred a decade later?

I don’t hate Earl. He’s actually a nice guy if you’ve ever met him. But he’s our side’s version of Al Sharpton and folks need to know that.

“Bishop” E.W. Jackson, whose real name is Earl Walker Jackson is your garden variety self-promoting con-artist. Earl has never attended seminary and was never ordained a minister by any recognized denomination much less “consecreated a bishop” by one. Earl claims he studied theology at the Harvard Divinity School but that could mean anything and may not even be true as Earl can’t seem to ever provide evidence he took any classes there or “studied divinity there”. He and his wife started a church called “Exodus Faith Ministries” (EFM) that met in random hotel ballrooms but was shut down probably 20 years or so ago. As EFM was shutting down, during one of its “services” Earl had one of the attendees make a motion that he (Earl) be “consecrated a bishop” out of gratitude for Earl’s “service” to the church. After a overwhelming voice vote in the affirmative, Earl was “consecrated” a bishop and the character “Bishop E. W. Jackson” was born. While the EFM shut down a long time ago, don’t worry its webpage is still active. The only active webpage being Earl’s bio page (of course) which conveniently contains contact information for “The Bishop” in case you desire an audience with “His Emminence” for book signings and other events. There’s even a website there for yet another one of Earl’s “ministries” but if you copy and paste into a browser it just takes you to an e-gambling site. And, those fake website tell you all you need to know about Earl….nothing more than an illusion….a made up character. Just be sure you don’t take him too seriously…it’s all a fiction.

I’m confused. Another one who commented here told us that “Bishop” Ewww Jackson is “ahead of his times”.

Perhaps Jackson is ordained in “The Church of What’s Happening Now” — ya think?

Bishop Jackson was ahead of his time politically. To this day, the Left still wails and gnashes its teeth at his mention, which exposes the Democrat’s veneer–they are the worldly incarnation of Satan in his battle against Christ.

” Bishop Jackson was ahead of his time politically. ” This is a joke, right?

“Bishop” Ewwww Jackson’s record is that of a loser.

In 2012, he lost the VA GOP Senatorial nomination to George Allen.

In 2013 he was nominated to be Ken Kookynelly’s Lt Gov running mate — on the tenth ballot in a “nominating convention” dominated by Tea Party Republicans.

In 2018 he lost the Republican primary nomination for Senate to Corey Stewart — Jackson finished third behind Stewart and Nick Freitas with 12% of the vote.

After failing as an instructor at various third-level law schools, he decided the “ministry” was for him, so, in 1997, he formed his own “church” and one year later was named a “bishop”.

Perhaps you might have heard that Bribem’s administration sold oil to China…from the so called Strategic Reserve… Well it gets better.. 1 million barrels were sold to a Chinese Controlled gas company… THAT HUNTER BRIBEM had a stake in!!!!

You.. is it Never Trumpers… NWO Globalist Dimocrats.. are always telling us about Trump… While the likes of Clinton,, Bushies… Obama… And Bribem sell their political influence.. or insider trade like Piglosi..

“the Left still wails and gnashes its teeth at his mention” Thanks for taking the bait. I was expecting Eric to jump in because he hates the man, but any Leftist will do.

Jackson is a loser whose endorsement means nothing outside the old rump Tea Party circles.

Jackson graduated from Harvard Law at the bottom of the class. Unable to find a job clerking for even a county judge, he settled for teaching corporate law at a series of no-name, third-tier law schools. Tiring of being required to actually work, he moved to Richmond, had a Damascus Road experience, proclaimed himself a “bishop,” and started fleecing the flock (a flock that is growing smaller and smaller).

The high point of his “career” was in 2013. You remember 2013 — VA Republicans were trying to find candidates for Gov, Lt Gov, and AG. The favorite was Lt Gov Bill Bolling. Problem was, the RPV had been taken over by the raving, foaming-at-the-mouth Tea Party mob. The Tea Baggers knew they could not win a primary election that involved all VA Republicans, so, using their stolen positions in local GOPP organizations, they forced a convention that was easily controlled by nutballs.

As a result, the RPV ran Kookynelly for Gov, Ewwww Jackson for Lt Gov (after ten ballots), and Mark Obenshain as Atty Gen (Obenshian, you will recall, wanted to put women in jail if they had a miscarriage). This radical rightwingnut slate was defeated soundly.

Speaking of the long-gone and long-forgotten Tea Party — want to see something funny? Check out the website for the Virginia Tea Party. Go to the page that lists local Tea Parties. Back in 2013, there were four pages of Tea Parties with one of the creatures in every corner of the state. Today, the site lists 8 Tea Parties — four of them have no website listed, only an email address, and half of the website listed do not exist.

My favorite is the King George County Tea Party that hung on for years under the “leadership” of James Davis . . . until he was indicted on domestic terrorism charges after he attempted to kill several Capitol Police officers on Jan 6. Now, the KGTP holds meetings with 6-7 attendees while Davis cools his heels, awaiting trial.
https://conandaily.com/2021/07/28/james-russell-davis-biography-13-things-about-us-capitol-riot-suspect-from-king-george-virginia/