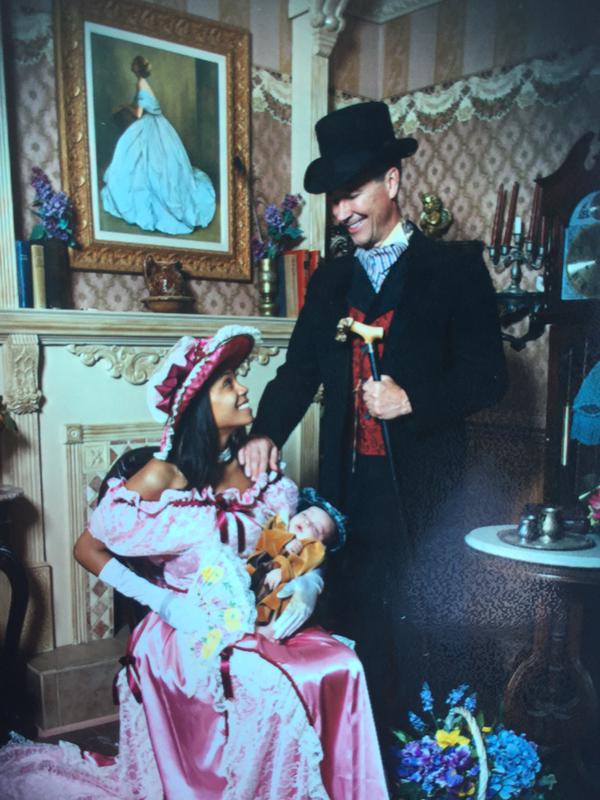 Richmond reporter, Joe St.George, tweeted this strange picture of former Delegate Joe Morrissey, his teenage girlfriend, their (?) baby boy.  The photo was handed to the reporter by Joe Morrissey without explanation.  Joe Morrissey has not yet claimed paternity of the child.[read_more]

More on the pathology of Joe Morrissey here.

Bizarre Photo of Joe Morrissey, Myrna Pride, and Their (?) Baby was last modified: May 15th, 2015 by Jeanine Martin

Well, unlike most children born to unwed teenagers, at least this little baby will likely have an identifiable man in his life. Back in the good ol’ days that we traditionalists yearn for, it was quite common for April to wed November.

Except they aren’t wed and they don’t even live in the same state. And the child’s father has yet to acknowledge him. Not a an auspicious start to his life.

Jeanine – I agree that it is not a normal, healthy relationship, but it is not as bad as the federal welfare program, which is far more deleterious and widespread. It destroys neighborhoods, schools, communities, cities, and nations. We conservatives used to rail against welfare all the time. Now we are silent, and instead, we pick on the little things such as this amusing and odd, episode, or gay marriage.

i agree. the whole Morrissey adventure is sad. but if he acknowledges the child as his or DNA proves the child is his, then he’ll have to pay child support. & if the child is not his, then that young woman seems to have Fightin’ Joe on her side to litigate!

this beats the many women who can get no money, for whatever reason, from their child’s father.

Many women have made poor decisions in their lives.

This is simply too much awesomeness for me to handle!

Hahaha, I think you have conveyed how we all feel.

Weird. Almost as weird as Shak Hill’s Civil War-era family photo he sent out in a mailer.

Perhaps Joe will use this in the same manner. Isn’t he still trying to run for state Senate?