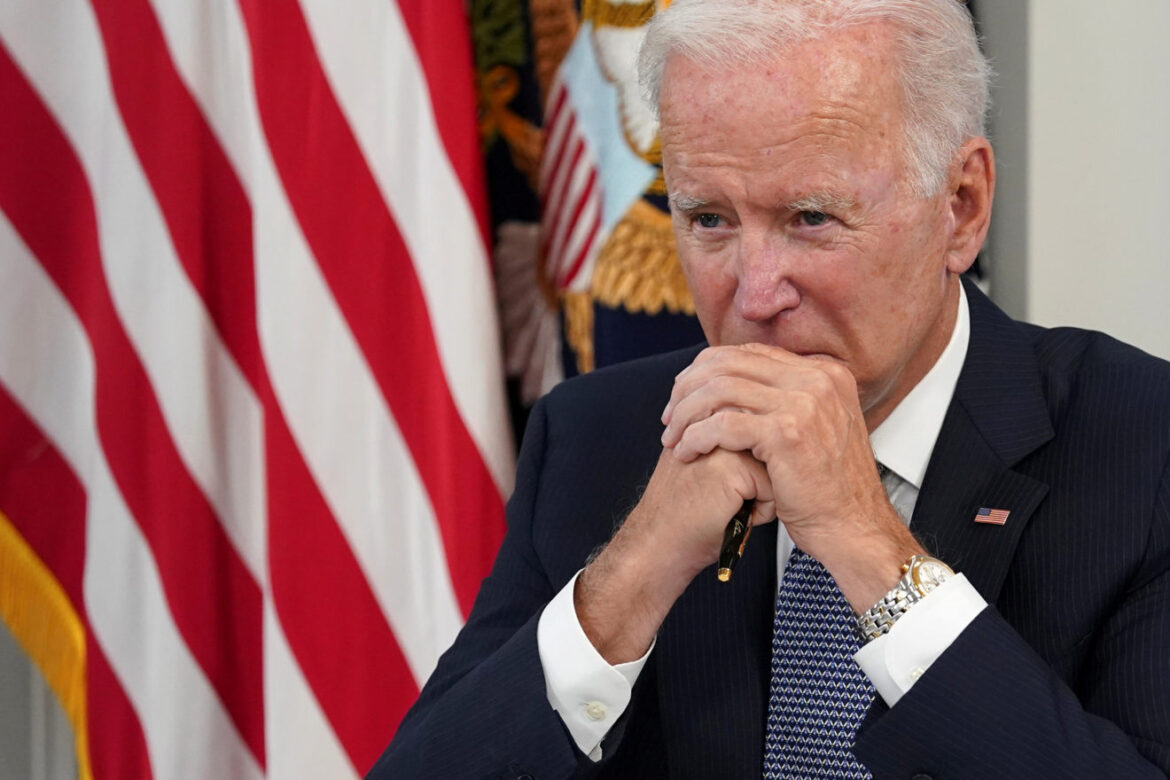 “If you do the basics well, you win. Then what?“

We called it “block and tackle” politics. Mostly it was just common sense.

There was only a handful of us at first, and we were all rookies with no political experience whatsoever. The only thing we shared was a belief in the candidate, the former Governor of California, Ronald Reagan.

As political insurgents, we were without the support of the local Republican Party apparatus, who officially ignored us. Unofficially they bedeviled us at every turn possible. So, we had to learn on the fly. We turned to the precincts that made up each county and created our own voter lists and mailing lists.

We mapped out and walked every street, knocking on doors, handing out material, and listening to and cataloging the interests and the concerns and the hopes and dreams behind each door.

The general public knew little to nothing about our candidate except what hostile media clichés implied or made up. So we had to come up with our thirty-second pitch, hoping it would lead to a question and an honest discussion – about liberty, free markets, national sovereignty, immigration, and a strong national defense. There was no age nor ethnic group that we did not court.

We were acolytes for the freedom agenda.

Then we got on the phone. We called every number we could find, looking for a vote and $5.00 to keep funding the mass mailings we prepared by hand late into the night, fueled by pizza and stale coffee.

Block and tackle politics. Know your issues, know your voters – where they live and what they care about – and get them to the polls.

If you do the basics well on the right issues, you win. Then what?

Ronald Reagan shocked the nation, winning all 254 counties and every congressional district in Texas and nearly unseating a sitting president in 1976. Repeating the process in 1980, we were the foot soldiers that helped change the world for the better. America was better.

But most Republican victories since the 1980s have been more circumstantial than planned. And all too often real change – productive, freedom producing change – was still-birthed by the very real Deep State and faithless Republicans. Winning the House of Representatives for the first time in forty years in 1994, the Newt revolution was actually a mighty hurricane of protest against a floundering sitting president and a corrupt Congress, epitomized in the House banking scandal. The 2010 Congressional election was a grassroots Tea Party rebellion led by the fury that Barack Obama created.

In 2016, Donald J. Trump, like Mr. Reagan, won his election more outside than inside the party, fueled by disgusted working and middle-class voters who have had it with Washington’s stench of personal and official corruption. And incremental change was fought tooth-and-nail inside the party, as well as outside. It is amazing he accomplished what he did.

Some obvious and not-so-obvious patterns drive the indifference to block and tackle politics. In many states, instead of being an entity established to ensure the organization, promotion, and election of the candidates, the party operates at the discretion of elected candidates. It becomes a tool for politicians at the expense of party growth.

As an elected member of the State Central Committee in Virginia some years ago, I saw how this works out in real-time. I pushed for a statewide top-to-bottom commitment to digging out voters and non-registered potential voters in various affinity groups (a staggering number) that would trend towards conservative voters. Surveys demonstrated that large percentages of NRA members, sportsmen with hunting licenses, and church-going evangelicals, to name a few, were not even registered to vote.

I quickly learned that there was very little interest in pursuing non-voting affinity groups because bringing in unknown voters carried a risk to incumbents and raised worries about “social issues” becoming an even larger wedge between country club Republicans and working-class voters. The status quo was more important than winning.

The larger party is a top-down, not a grassroots up organization, and therein lies the rub. They rarely have a plan for progress, only power.

This is why and how the party ends up with massive herds of politicians – you can supply the names – who call themselves “conservative” to get elected by checking off a few boxes, such as a tax pledge, claiming to be pro-life, and supporting free markets. Of course, they ignore those very same issues once in office.

It is why even when we controlled both Houses of Congress, the “conservatives” couldn’t even defund the selling of baby parts by Planned Parenthood or eliminate NPR. Republicans like easy, painless politics.

Nor do they do serious political education at any level, especially in the ethnic communities that we watch year after year vote against policies that could change their lives forever. We don’t talk about freedom, liberty, and the incredible responsibility we have to the future to keep the American dream alive. We’ve exchanged serious public policy for a thirty-second spot on TV.

In 2022 the mood of the country has turned inside out. Official Washington is not only uninterested in the plight of working-class and middle-class Americans, but they are also dismissive of the complaints about skyrocketing inflation, the insanity of having more oil and gas reserves than any nation on earth, yet backing into shortages. Voters watch helplessly as two million illegal aliens invade in only twelve months, flaunting the law citizens must obey while transforming their cities and towns in ways that Washington ignores.

An already incompetent politician is, as president, beset by advancing cognitive degeneration, and behind him are unknown men and women, none of whom are elected, guiding the nation – unsuccessfully.

And the opposition, a presumably conservative party is primarily silent on fundamental issues of importance.

The Republicans have evidently decided to hunker down and allow the process to wind down until the November elections. Platitudes replace policy.

I don’t doubt a great wave of fury is building that will wash over the radical and Marxist brigades intent on “transformational” change in the Republic. Or an end to the Republic.

What I fear is that after the triumphal election, the Republican Party, led by the weakest of the weak, will revert to form, That they will miss yet another opportunity to weld the working-class and middle class into the pro-freedom, pro-constitutional party that can begin the hard work of repairing the massive damage already done to the American dream.

An exceptional analysis, and report.

I believe Hemingway said something along the lines of, just write what happened. The internet tells us he also said, “The writer’s job is to tell the truth.”

“It’s easier to fool people than to convince them they have been fooled,” is a saying that has been credited to the writer Mark Twain.

The problem is, the mob cannot tolerate the truth, especially when it is told for their supposed benefit. Because to accept the truth as true, they would need to deny the lies they believe, and accept as true their own foolishness born or ignorance, sloth and short-sighted greed.

While you have largely and accurately captured my own frustrations with the “citizenry,” I am myself conflicted when you state that we are helpless. As you illustrate in the conservative movements of the 90’s and the TEA Party, things *can* change when people are sufficiently motivated to *DO* something on their own accord, in cooperation with others.

After all, God helps those who help themselves.

Apparently, not enough people want to help themselves, their communities, and their Nation.

All things are possible with God, take heart my friend.

First we must pray for courage. Courage to speak the truth, as you have done.

Doing what is right is often hard.

Good points as usual, Michael. I trust entrenched Republicans only a little more than I trust the Democrats. We are very much in need of term limits for Congress, eliminating career politicians.

A source deep inside the Republican Party told me that no republican wants Trump to run again, but they can’t see a way to get around him without a massive blood letting that might keep Biden/Harris in! Think about that. They worry that the seven million loss last time will be even greater next time if Trump runs again.

“They” are full of shit. They are the same POS Repukes of the likes of McCain, Romney, McConnell, etc. Can you tell me what you get with those scumbags? What is the difference between them and Pelosi? Oh they will get to collect the K St money if Pelosi is out of power. Whoopee!! Oh.. right those same Pieces of Shit want a border? Right… They want corporate money for themselves and families. Trump gave the US a border for the first time since… 1920s and the restrictive immigration laws. Then you got your They… culminating in the worst piece of shit President possible… W and his Act of Love family.
So F them…

so you’d ote for trump?

100% spot on correct. I know the Democrats will be destroyed in November, but then what? Will Republicans actually do anything? Probably not. Sigh.

They will gorge at the trough like they always do.. They get to control the money then instead of Piglosi… So it will be nothing as you say
Maybe they can throw some more money at the Pentagon! And it will end up one way or another back in their and their families hands. They are no different than Biden or the Hillary Cuntons…