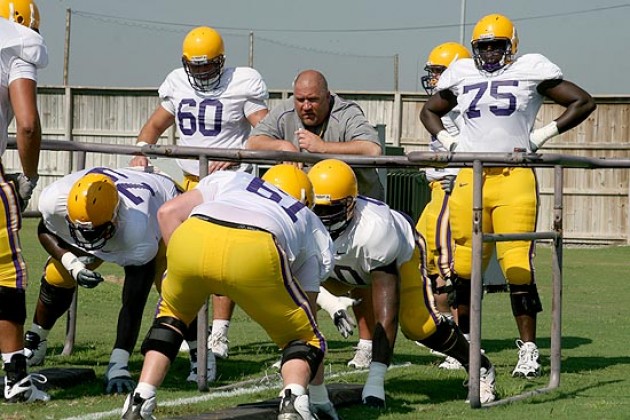 We called it “block and tackle” politics.

There were only a handful of us at first, and we were all rookies with no political experience whatsoever. The only thing we shared was a belief in our candidate, Ronald Reagan.

As political insurgents we were without the support of the local Republican Party apparatus from whom we were officially cut off, so we had to learn on the fly. We turned to the precincts that made up each county and created our own voter lists and mailing lists.

We mapped out and walked every street, knocking on doors, handing out material, and listening to and cataloging the interests and the concerns, and the hopes and dreams behind each door.

The general public knew next to nothing about our candidate except what hostile media clichés implied, so we had to come up with our own thirty second pitch, hoping it would lead to a question and a real discussion – about liberty, free markets, national sovereignty, immigration and a strong national defense. There was no age nor ethnic group that we did not court. We were acolytes to freedom.

Then we got on the phone. We called every number we could find, looking for a vote and $5.00 to keep funding the mass mailings we prepared by hand late into the nights, fueled by pizza and stale coffee.

Block and tackle politics. Know your issues, know your voters – where they live and what they care about – and get them to the polls.

If you do the basics well, you win.

Ronald Reagan went on to shock the nation, winning all 254 counties, and every congressional district in Texas. Repeating the process in 1980, we were the foot soldiers that helped change the world.

The organized Republican Party really never concentrated on block and tackle work. It has always been an afterthought, from this participant’s perspective at least. The party has had a string of candidates that really never seemed to solidify the party base, and were never able to attract the country class, working class votes that Mr. Reagan won. Perhaps George W. Bush came closest to block and tackle politics with his 2004 re-election and the micro-targeting that swung several key states.

But most Republican victories since the 1980’s have been more circumstantial than planned. Winning the House of Representatives for the first time in forty years in 1994, the Newt revolution was really a powerful storm of protest against a flailing sitting president and a corrupt Congress, epitomized in the House banking scandal. The 2010 Congressional election was a grass roots, Tea Party rebellion led by the fury that Barack Obama created. Donald J. Trump, like Mr. Reagan, won his election more outside, than inside the party.

A vignette from the Obama campaigns is instructive. Your humble writer turned election rubbernecker, managed to watch in intricate detail the pre-planning and progress of both the 2008 and the 2012 Obama elections at – I’m not kidding – a local Starbucks. I was by chance sitting next to a very long wood table in the summer of 2008 when it was commandeered by two Obama operatives with piles of hand held computers and massive lists in boxes. Volunteers would rotate in and out all day long right through the fall election, picking up a hand held computer device and lists of neighborhoods broken out by zip code. They’d return later in the day where the two operatives would sit into the night imputing data.

Each home was identified as a known Democrat or Obama supporter, an independent or Republican, or an unknown voter. The team mined the list continually adding new data. Was the voter working, retired or a student? Were they registered? What were the hot button issues of a specific voter? Did they belong to a specific affinity group and was the affinity group linked to other groups? Would they work their neighborhood for Obama? Did they need transportation to vote? They targeted every house with tailored material – about Mr. Obama’s positions or about what terrible things Republicans would do. Everything went into the data bank.

For Republicans, all too often the official party apparatus manages elections by memo, and the faithful party personnel and tireless grass root workers can only do so much with the sputtering party machine, running with outdated lists, incomplete or incorrect data, and lack of coordination between local, state and national parties.

The indifference to block and tackle politics is driven by some obvious and not-so-obvious patterns. In many states, the party, instead of being an entity established to insure the organization, promotion and election of the candidates, in fact operates at the direction of elected candidates, and becomes a tool for the politicians, at the expense of all else.

As an elected member of the State Central Committee I saw how this works out in practice. I pushed for a statewide top to bottom commitment to digging out voters and non-registered potential voters in various affinity groups (a staggering number) that would tend to be conservative voters. Surveys demonstrated that large percentages of NRA members, sportsmen with hunting licenses and church going evangelicals, to name a few, were not even registered to vote.

Very quickly I learned that there was really very little interest in pursuing non-voting affinity groups, because bringing in unknown voters carried a risk to incumbents, and raised worries about “social issues” becoming an even larger wedge between country club Republicans and working class voters.

I’ve even seen elected politicians push the party not to allow candidates in otherwise non-contested races around them, for fear of “encouraging more Democrats to come to the polls.” So we abdicate a seat to the opposition.

The larger party is a top down, not a grass roots up organization, and therein lies the rub.

This is why and how the party ends up with massive herds of politicians – you can supply the names – who call themselves “conservative” to get elected by checking off a few boxes, such as a tax pledge, claiming to be pro-life, and supporting free trade. Of course, they ignore those very same issues once in office.

[With control of both Houses of Congress, the “conservatives” couldn’t even defund the selling of baby parts by Planned Parenthood, much less keep their pledge on Obamacare.]

Many Republicans are shell-shocked at the shellacking the party took in the recent Virginia elections. The “reasons” for the top to bottom losses are as thick as fleas and everyone has their opinion. Perhaps there is no one reason, but multiply reasons.

However, for me the other reasons are subordinate to the main problems that party has always had. We don’t do block and tackle politics. We like easy politics.

We don’t “do” basics – the very hard long term work of digging into precincts and counties to understand who lives there and how we reach them. We don’t root out the thousands of voters that should be voting, except they are not even registered.

We don’t do the hard work involved in talking to and attracting the country class, working class workers around us – these are the voters that took the House and the Senate time and again for Republicans. And elected Reagan and Trump.

Finally, we do no serious education at any level, especially in the ethnic communities that we watch year after year vote against the very policies that could change their lives forever. We don’t talk about freedom, liberty, and the incredible responsibility we have to the future to keep the American dream alive.