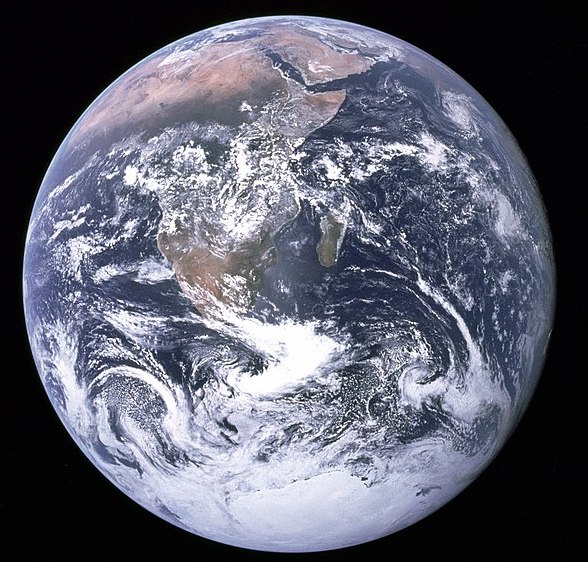 One of the most iconic photographs from outer space is known as the Blue Marble, a sublime image of the earth taken on December 7, 1972, from the Apollo 17 spacecraft as it headed to the Moon.

There is something so tranquil, so engaging about that Blue Marble.  And something so inspiring and uplifting to know that American vision, grit, determination, resilience, capability and courage enabled the photograph to be taken.

American vision, grit, determination, resilience, capability and courage once again were on display this summer as SpaceX and NASA collaborated to launch and successfully return to earth Crew Dragon, the first manned space flight on an American rocket from American soil in nine years.  It was a spectacular undertaking and a spectacular success, culminating in a riveting splashdown in the Gulf of Mexico on August 2.

The Crew Dragon enterprise momentarily lifted our gaze from earthly turmoil toward heavenly realms.  It reminded us of the human potential for exploration, creativity and collaboration – so unlike the destructive forces at work in some of our American cities today.

These destructive forces are violent anarchists masquerading as “protesters” in cities like Seattle, Portland, Minneapolis, Chicago, Atlanta, Richmond and our nation’s capital.  They are breaching the bounds of lawful, civil society with weapons such as Molotov cocktails, jagged edge PVC pipe, laser beams and bats.

Think of these confrontations as a game of marbles.  Did you play marbles as a child?  The ”shooter marble” is the largest marble in the game and is used to knock the smaller marbles out of the ring.

Anarchists roaming city confines are like “shooter marbles,” taking aim at innocent bystanders and law enforcement officers who are trying to operate within the bounds of civil society.  As we first witnessed in Seattle’s Capitol Hill Autonomous Zone (CHAZ), after the “shooter marbles” push civilians and police out of the ring and declare victory, chaos ensues.

CHAZ subsequently was dismantled after the chaos became intolerable. But shooter marbles moved on to other cities, where chaos and attacks on law enforcement reign nightly.

Strangely, the chaos is ignored by prominent political leaders, like  Rep. Jerry Nadler (D-NY) who called reports of Antifa mayhem in Portland “a myth.” Speaker of the House Nancy Pelosi (D-CA) declared President Trump “crossed another threshold of undermining our democracy” by sending federal forces to quell the violence and protect federal buildings.

Closer to home here in Virginia, where violence has come to the streets of Richmond, Lynchburg, Hampton Roads and Manassas, our Democrat elected officials also have been strangely quiet about the mayhem.  To my knowledge, no one has condemned Antifa-style attacks on law enforcement and innocent protesters, not even Governor Northam.  And my State Senator Barbara Favola and Delegate Kathleen Murphy refuse to acknowledge my email inquiries about the violence.

Known for their Party discipline, Democrats who refuse to condemn Antifa and other violent anarchists for the havoc wrought in our cities are like blue shooter marbles, encouraging mayhem and destruction to rid their circle of anyone who stands in their way of ultimate victory.

How do the attributes of civil society in America — vision, grit, determination, resilience, capability and courage propelled by Liberty, Freedom and the Rule of Law – survive blue shooter marbles?  By each one of us adopting those attributes and committing ourselves to defending and fighting for them.