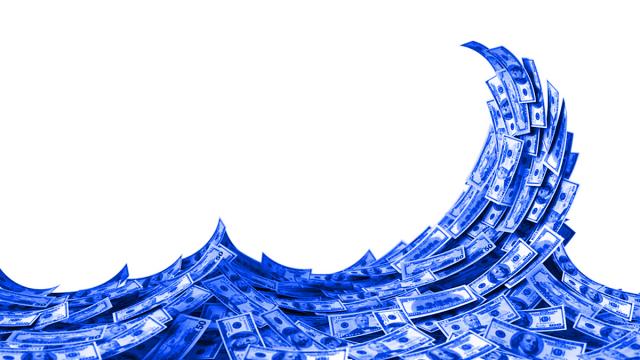 The 2018 Congressional elections have been dubbed by some as “the most important mid-term elections in history,” but that’s mostly partisan blather. Democrats did indeed re-take control of the House of Representatives. But two more years of hyper-partisan gridlock will not change the nation’s perilous fiscal trajectory.

While many bemoan the lack of consensus in Washington, there is in fact a consensus — a consensus to ignore growing deficits and the surge in the national debt, except as a club to be wielded hypocritically against the other party. No one wants to touch entitlements. No one is serious about cutting discretionary domestic spending. And no one has articulated a scaled-back foreign policy that would permit a prudent shrinking of military spending.

As Trump and his antagonists mud-wrestle one another and the news media focus on political spectacle to the exclusion of all else, deficits will continue to climb, the national debt will continue piling up, un-cuttable interest on the national debt will consume an ever-increasing share of spending, and the Medicare and Social Security trust funds will get two years closer to depletion. The Medicare Hospital Insurance trust fund is scheduled to run out in eight years, Social Security’s Old Age and Survivors fund in 16 years. If you think politics are ugly now, just wait.

I would say that Americans are like ostriches with our heads stuck in the sand — but that would be an insult to ostriches.

Meanwhile, back at the ranch… Insofar as the 2018 elections can be said to have been a blue wave, the epicenter of that wave was Virginia. The switch of three congressional seats from red to blue portend gathering strength for the Democratic Party in the Old Dominion. If the electoral trends of the past two years continue — and there is no sign that they won’t — Democrats will take control of the General Assembly in 2019, seize the machinery of redistricting, and ensconce themselves in power for the next generation.

For the moment at least, the Republican Party is in no condition to resist the blue tsunami. Corey Stewart was an unmitigated electoral disaster. Being Trumpier than Trump is not a winning electoral formula in Virginia. But pursuing a moderate, technocratic formula didn’t work much better for Ed Gillespie in the 2017 gubernatorial race. The GOP has roped itself to the shrinking demographic base of rural/small town Virginia. It has no coherent message. It is floundering.

A blue Virginia portends a more activist government, more spending on “social justice” priorities, and higher taxes. Steve Haner’s recent piece, “Taxaginia,” lays out where we’re heading in 2019. Admittedly, the blue wave this year was propelled in great measure by culture-war issues — in particular the #MeToo movement and suburban women’s revulsion against Donald Grab-Them-By-the-Pussy Trump. But if you think the electorate will exercise a moderating influence on the tax-and-spend proclivities of the political class, just consider the referendum on Question No. 1.

Seventy-one percent of Virginians voted in favor of a constitutional amendment that would subsidize continued building in flood-prone areas. Given all the other fiscal challenges Virginia faces — unfunded pensions, under-funded capital spending, budgeting sleight-of-hand, and all the rest chronicled on this blog — the vote was utter folly. Virginians are in fiscal denial. I once thought of state/local government as the bulwark against federal collapse. I’m no longer so hopeful.

Update: Looks like John Rubino at Dollarcollapse.com and I are in sync on our appraisal of the national election. Writes John today:

As contentious as the US midterm elections were, there was never a scenario in which they mattered. Any possible configuration of Republicans and Democrats in the House and Senate would have yielded pretty much the same set of economic policies going forward: Ever-higher debt, upward trending interest rates and (through the combination of those two) rising volatility. … The system is on autopilot and it matters exactly not at all which party or which configuration of parties is running the asylum.