A special session of the General Assembly will begin today in Richmond. The special session is needed because a budget was not passed due to disagreements over the expansion of Medicaid. While the news will mostly focus attention on the debate over Medicaidâ€™s place in the budget, letâ€™s not forget about the appointments the GA will approve during this special session. Bob McDonnellâ€™s administration failed to deliver 60 appointments of 28 boards/committees to the GA for confirmation. This could be trouble. Already embarrassed by an engraved Rolex, joyrides in a Ferrari, golf outings and luxury shopping sprees, McDonnell can now add this to his list of mistakes. Gubernatorial appointments are an easy way to maintain influence once no longer in office, and with Virginiaâ€™s governor being term limited the appointment process here it is a little more important than in other states. This is very disappointing.

The McAuliffe administration looked at the position that those appointments are void and those seats are open for gubernatorial appointment by the current administration, however it does not look like they will take that position. Two members of the General Assembly told me McAuliffe will send over about â€œ85% to 90%â€ of the names McDonnell would have/should have sent. Not sure if Iâ€™m supposed to say thanks Terry.

60 is a big number, an embarrassing number. For the most part these appointments are of little consequence, so weâ€™re really not talking about a pending rematch of Marbury v. Madison here. The question comes down to what kind of governor will McAuliffe be. Will he attempt to grab power at every chance he gets or will he respect the law?

The Democrats in the senate this year took the majority and, with the help of the new Lt. Governor, devised a plot to take over control of the committees, which had already been set after the last regular term elections for the senate. Their aggressive power grab, working with the executive, set a precedent of hardline partisanship we may see repeated here. We have already seen the patronage bestowed on Boyd Marcus in his pay-for-play deal so we know the governor has favors to pay. And the Attorney General has already stood in a case against the commonwealth, so who knows. If the Democrats try a hardline play here then their move would be at odds with a 1983 court ruling that set the standard of interpretation for a case like this to be that the legislature must reject the opponents for the seats to be vacated and open for new appointment by the new governor. The legislature never rejected the appointments.

It is unacceptable that this happened. Was McDonnell too busy trying to escape prosecution for all the gifts he received? Just 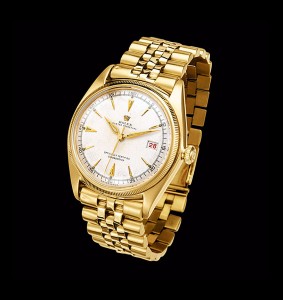 a clerical error? Letâ€™s hope there isnâ€™t a partisan squabble over this. McDonnell dropped the ball and there should be a penalty for that, but the appointments were never rejected so the names should be delivered. If the 85%-90% mark is hit then there is no need to complain about the 10% to 15% penalty. McDonnell probably wonâ€™t complain either; heâ€™s too busy complaining about having to return the engraved Rolex.