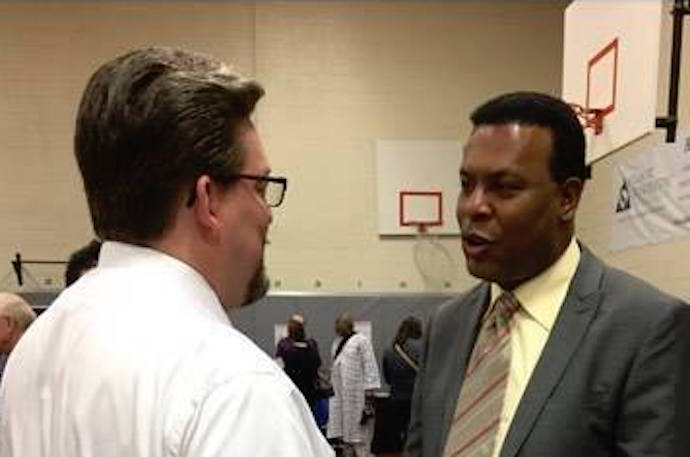 Boldly going where few libertarians or conservatives have gone before: The Hood

The last time I wrote for The Bull Elephant I spoke highly of the libertarian-conservative grassroots alliance that took the RPV by storm in 2012. Though I lack the space to explain the cause, last year I switched gears from attempting to fix the GOP from the inside to growing the organization that has supported liberty and justice for all since its inception in 1971; the Libertarian Party. But before I left, I listened to Republicans in Virginia, Maryland and North Dakota drone on for years about outreach to minorities, the inner cities and the poor, yet rarely saw a Republican walk a single city block.

I myself am no stranger to the inner city. After my parents divorced when I was a baby, my mother and I lived for a short time on the 3300 block of East Baltimore Street, Baltimore where I attended the racially diverse Highlandtown Elementary School. 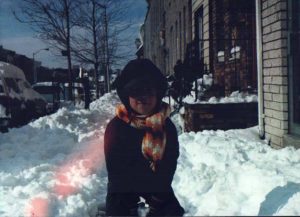 I am also no stranger to poverty. My mother struggled to care for my wheelchair bound grandmother and I, though she always seemed to have just enough spare change to buy me a Yoo-Hoo at the laundromat to keep me content. Nor am I a stranger to deadbeat fathers. Although he was around, my father had a hard time paying $100 a month in child support and his attitude was the opposite of nurturing.

So for years if you had seen me sitting uncomfortably in my chair at Republican meetings while old white suburbanites railed about ‘them,’ it was because I AM one of ‘them’! Again, I lack the space to explain how poorly the Democrat Party has let down the inner-city black community, but lets face it; liberals aren’t the majority of the readers at TBE so lets skip to the light at the end of the tunnel.

I met Terry Hurst at his first Tidewater Libertarian Party in November. A fellow politico and I attempted to dissuade him from running, and yet every time we explained how difficult running would be, how much time it would engulf, how little might get accomplished, Terry was undeterred and asked, “When do we start??”

Three months later, this honorable and caring navy vet has yet to disappoint me. He started with a whirlwind tour all over the state to meet Libertarian leadership. Terry also lobbied Richmond in support of the anti-corruption “Burfoot Bill” SB1487 which unanimously passed Tuesday.

In the last few weeks alone Terry has been meeting with leaders from the black community, attended an LGBT-police forum and spoke fervently against the drug war at a local Republican meeting and had their ranks nodding in agreement. He has been canvasing the streets for signatures to get on the ballot and he and his team ran a booth last Sunday at local event “Engage Norfolk” sponsored and hosted by a Democrat. This father with a full house of five certainly has no fear of reaching across both aisles, speaking his mind and standing for what he believes in his heart, and from the level of his intensity and passion, I know beyond a shadow of a doubt, the man is just getting warmed up!

Ladies and gentlemen, the Libertarian Party of Virginia has a serious candidate down here in Norfolk and he’s certainly no hot mess. If you are interested in bringing the message of Liberty and free markets to those who have yet to hear it, I invite you to visit his website at TerryHurst.com and his Facebook site to see how you can get involved.

Inspired by Terry, I will be communicating with and bringing resources and knowledge to the impoverished of Norfolk and invite you to join us, for as Plato said nearly two and a half thousand years ago:

It is the task of the enlightened not only to ascend to learning and to see the good but to be willing to descend again to those prisoners and to share their troubles and their honors, whether they are worth having or not. And this they must do, even with the prospect of death.

Boldly going where few libertarians or conservatives have gone before: The Hood was last modified: February 17th, 2017 by Guest Contributor David Dull
35 comments