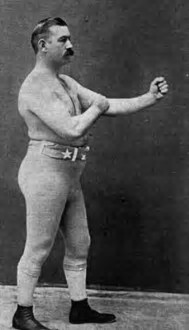 The months-long trash-talking contest between Floyd Mayweather, Jr., and Conor McGregor finally was finally settled with an actual boxing match. Retired champion Mayweather – who had held fifteen boxing titles in five weight classes – and Ultimate Fighting Championship Lightweight Champ McGregor met in a 12-round bout on August 26th. As expected, Mayweather out-boxed, out-punched and ultimately outlasted McGregor. The mixed martial arts fighter put up a scrap for five rounds, and lasted through nine full rounds, until the ref finally declared a TKO in the tenth. Boxing analysts said McGregor was “completely exhausted” by the seventh round.

The fight had been widely hyped as the “greatest boxing event ever,” but insiders said it was hardly that. Evidently it was all about the money. Mayweather’s purse is estimated to total at least $100 million – and possibly several times that – while McGregor’s take will be $30 million or more. (Not too shabby for 45 minutes’ work, however strenuous.)

My own connection with boxing is tenuous and infrequent, but of long duration. Although not a pugilist, by nature, I confess a lifetime interest in this brutal, yet strangely elegant sport. As a young man I lacked the mental and spiritual attitudes needed for boxing; maybe the physical gifts, too. And even if I had been physically able, I knew that my brain would be my principal tool for getting on in the world. So it seemed imprudent to have it rattled by repeated head-punches.

Nevertheless, I retained an interest in boxing – mostly from afar. My grandpop, born in 1882, grew up in the era of John L. Sullivan, Gentleman Jim Corbett and other great champions. He followed the sport and even did some schoolboy boxing around the turn of the century. When Grandpop lived with us as an old man in the 1950s, he liked to watch the Friday Night Fights on TV. Hearing him critique the boxers and talk about the old-time champs piqued my own interest.

Odd boxing connections occasionally popped up over the years. One day – during my career in information technology, military analysis and government contracting – I met a strapping young Irishman from another firm.

“Hi,” he said, offering his hand, I’m John L. Sullivan.” He handed me his card. I did a double-take. He certainly resembled photos of the old-time boxer. Emerging from my time-warp, I said that my grandpop had always talked about a great bare-knuckle boxer of the same name.

“Oh, yeah, he was my great-great uncle, or something,” said my new acquaintance. “Long before my time. I never met him.” I still have John L.’s card. Small world.

Another brief pugilistic connection occurred during my younger son’s teen years. A fine athlete at 14, he went through a Kid Galahad phase and decided to try boxing. For months he spent afternoons at a boxing gym where he trained and learned the techniques. One day he sparred with an older boy – a Golden Gloves winner – who knocked him all over the ring. After that, he seemed to lose interest. “I saw that you could really get your block knocked off,” he told me long afterward.

A few years ago the Ron Howard film, Cinderella Man, chronicled the rags-to-riches comeback-story of 1930s heavyweight champion James J. Braddock. It is an inspiring account of strength, goodness, faithfulness, tenacity and sacrifice. Although some dramatic liberties were taken with the facts – e.g., champion Max Baer was actually not the thuggish villain the film makes him out to be – the story still fires the imagination, as good boxing stories often do.

Stallone’s Rocky film looks like a 1970s derivation of the Braddock story, except that Braddock – who was initially successful before getting hurt – knew he was capable, while the fictional Rocky was filled with self-doubt from a lifetime of failure. Braddock held the heavyweight title from 1935 to ’37. He died in 1974 at the age of 69.

Another great boxing story from my youth, in the late 1950s, is the remarkable saga of Floyd Patterson. The media-hoopla over Muhammed Ali’s flamboyant career has largely crowded the Patterson story out of the public’s memory, but it is still worth recounting.

In June 1959 Patterson defended his title for the fifth time when he met the European champion, Ingemar Johansson, in New York. Newspapers were filled with speculation over whether Patterson could stay clear of Johansson’s fearsome right hand, his most effective punch. As it turned out, Patterson could not. The big Swede knocked him down seven times before the referee stopped the fight in the third round. Johansson had taken the title.

Still young at 24, Patterson lacked the perspective that might have helped him to deal more philosophically with the loss. Instead, he was so humiliated over losing the title that he went into almost monk-like seclusion to train for the rematch. Occasional photos appeared in the newspapers of Patterson running on lonely mountain roads, deep in the Catskills. He trained for months with a kind of holy zeal. Reporters were not encouraged to visit the camp. Johansson, by contrast, was typically photographed at poolside, surrounded by beautiful blondes.

The rematch in New York came on June 20, 1960, almost exactly a year after the first fight. Energized and well prepared, Patterson came after Johansson like a tiger, knocking him out in the fifth round with what some have called “the best punch ever in boxing.”

I recall the fight distinctly. My buddies and I heard it on the radio in someone’s car at a drive-in hamburger joint. At the knockout, we cheered and celebrated. Later I reflected on the irony of a bunch of white guys cheering a black man’s win over a white man. But who cared about race? All that mattered was that our guy – Patterson, the American – had won. Patterson’s victory made him the first heavyweight in history to regain the title.

A gentleman both inside and outside the ring, Patterson endeared himself to Swedish fans by his concern for his unconscious opponent in the ring after the knockout. On a subsequent European exhibition tour he won the admiration of many Swedes who considered Johansson a national hero. Great crowds sought to shake Patterson’s hand and get his autograph.

Following the second Liston fight, Patterson went into a deep depression, appearing in public only incognito. Later, he began to win fights again until he was the top challenger of Muhammed Ali (who had defeated Liston twice). On November 22, 1965, Ali beat Patterson by a technical knockout in the 12th round of their fight in Las Vegas, Nevada.

Patterson tried to regain the title a third (and last) time in an eight-man elimination tournament, after Ali lost the title for refusing to be drafted into military service. On September 14, 1968, Patterson lost a 15-round split decision to Jimmy Ellis of Sweden. The bout ended his career. But the match – held in Stockholm – renewed Patterson’s love affair with the Swedish people. In retirement, he and Johansson became good friends, flying across the Atlantic every year to visit each other. Johansson died in 2009 at the age of 76.

Although thugs have sometimes invaded boxing and held titles, not everything about the sport is thuggish. I have always thought Patterson displayed a lot of class in his refusal to quit after a setback. His determination to win the title back from Johansson, in particular, was a model for more than just boxers. Still involved in coaching until his death in 2006 at age 71, Patterson was (and still is) recognized as one of the true gentlemen of “the sweet science.” I like to think the country was a better place while he was champ.