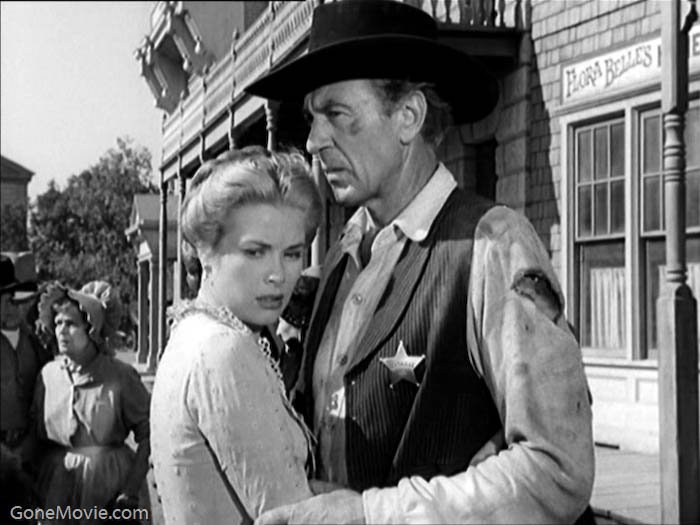 Boys and Girls Together…

Dr. Lawrence Summers, President of Harvard University, made national headlines several years ago at a National Bureau of Economic Research conference by citing research which suggested that innate differences might exist between the sexes in certain cognitive abilities. He said this might explain why women are so under-represented at the highest echelons of scientific and mathematical research.

Dr. Summers’ speculation convulsed the politically correct chattering-class, where the merest suggestion of differences in ability between the sexes constitutes rank heresy. Some participants in the conference called Dr. Summers’ remarks “deeply offensive.” MIT biologist Nancy Hopkins walked out, saying she would either have blacked out or thrown up, had she stayed. (Wags suggested that she had a neo-Victorian attack of “the vapors.”)

Dr. Summers abjectly apologized for suggesting that women might be less able than men, or for implicitly discouraging women from applying to Harvard for math or science positions. He had to because feminists have been on a fifty-year blitzkrieg to control education and make it not only female-friendly, but female-dominated. Absolute gender-equality is an article of faith of this campaign.

Feminists believe schools and teachers have neglected and discriminated against girls, preventing them from studying mathematics and science. But Dr. Summers questioned whether bias was really keeping women from reaching the highest levels of math and science. Perhaps women were unwilling or unable, for family reasons, to invest the long hours and years of work required to achieve at high levels in these fields.

Dr. Summers’ speculation was rudely rejected, but his suggestion was not without merit. In the early ‘90s, a senior female employee of our engineering firm made waves by presenting statistics to the Board of Directors that showed how few of the company’s managers were women. But later she candidly admitted that she had turned down several chances to become a mid-level manager because of family considerations. Some of us pointed out that she had perturbed her own data by declining those opportunities. Did other female employees do the same? The question remained unanswered.

But I also know that some educators did discourage girls from entering scientific fields. An engineering colleague was a young black woman. She said her high school counselor was determined to prepare her for secretarial work, despite her demonstrated ability in mathematics and science. Her mother was at the school week after week, insisting that her daughter be placed in courses that would prepare her for college-level technical study. “She made such a fuss,” said my colleague, “that they finally gave in.”

I was glad that my young colleague’s parent helped her obtain the education she deserved, so she could enter a technical career for which she was well suited. But hers was really one of the last of such stories that we heard in our workplace. Soon it was much more common to hear that young professional women had received full scholarships to study math, science and computing.

The political winds had shifted. Education became female-friendly, furnishing opportunities for girls and women to achieve in every course of study, including technical curricula. One result of this long campaign to improve girls’ education is that women now outnumber men in college by some 3 million. The ratio of female/male college-students is close to 60/40. Feminists love this, but others, including college administrators, dislike the trend.

Nevertheless, men continue to dominate high levels of mathematics and science by wide margins over women. This fact, which enrages feminists, led Dr. Summers to suggest that more than mere bias might be at work. But true believers in gender-equality were having none of it. In academe the subject is not debatable. Dr. Summers resigned, under fire, from his Harvard post. His sin against politically correct dogma was unpardonable. 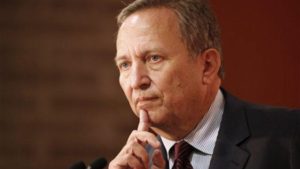 Another byproduct of this shift in the educational climate is that public schools now treat boys differently than when I was growing up. Of course, all students are now treated differently because all moral content has been removed from a public school education. When I attended Pennsylvania public schools in the 1940s and ‘50s, we heard a chapter read from the Bible each morning – always from the Old Testament, in deference to Jewish children. We then stood to recite the Lord’s Prayer and Pledge to the Flag.

I have often wondered if hearing the Scripture and mumbling the Lord’s Prayer meant anything to some of those rough characters in my high school classes. It probably did. The Bible says that merely hearing the Word of God is powerful. Certainly it was better than nothing. In retrospect, the entire scenario seems surreal – not just from another time, but almost from another planet.

Today, the Bible cannot even be mentioned, let alone quoted. Schools are committed to helping students achieve something called “moral autonomy.” The primary tool is moral relativism, which teaches that morality is an entirely individual matter. In her book, The Moral Life of Boys, Christina Hoff Sommers notes that children lack the internal moral or intellectual resources to think and judge for themselves in important behavioral matters. They are unprepared to achieve the Kantian ideal of rational moral autonomy, so the practical result is moral anarchy.

Nevertheless, “progressive” education’s key assumption is that children should not only be allowed autonomy, but are naturally ready for it. This flawed premise has produced a chaotic societal environment in which children often behave impolitely, imprudently, or illegally – indeed, sometimes all three. The rudeness of many young people is publicly obvious. Their imprudence in causing terrible traffic accidents by excessive drinking actually got the drinking age raised back to 21 in many states that had lowered it to 18. Irresponsible sexual behavior, producing disease and teen-pregnancy, is also a serious societal problem.

Criminally psychopathic behavior – e.g., school shootings, multi-person massacres, and the growing plague of violence on city streets – has brought youth-crime to national attention. Ms. Sommers notes that political discussions of youthful criminality have largely focused on firearms, not on the moral impoverishment of young people. She writes:

“The diversion of public debate over youthful crime into a controversy over firearms…is one of the most disturbing and damaging misdirections in all of recent politics. It is most instructive that the outrageous crimes of virtually feral children are adopted as a pretext to restrict the autonomy of adults by limiting general access to arms. This connection is not accidental, since political projects related to feminism… typically desire a disarmed population unable to resist the government.”

Into the educational vacuum of moral relativism radical feminists and perversion-advocates have poured a witches’ brew of politics and tyrannical control over thought, word and action. In her later book, The War on Boys, Ms. Sommers notes that those feminists everyone assumed simply hated men have now turned on a more vulnerable target: boys. The fundamental catechism, she says, is: “Girls, good; boys, bad.”

In many schools, even boys’ urges to run and jump and engage in rough-and-tumble play are being suppressed. This has morphed into a movement to abolish recess, at the very time when health activists are warning about overweight and inactive American children. If sedentary, junk-food-stuffed children must be denied free outdoor exercise, says Ms. Sommers, there must be some powerful reason for it.

The reason is that boys behave differently from girls. This cannot be allowed. Feminists insist that boys should be raised like girls – indeed, should be like girls. Active male behavior and interests – once considered normal for boys – are called the “spawn of patriarchy” and are treated as deviant expressions that will lead to rape, mass murder, and even (gasp!) competition. They must be stamped out with every means possible.

Too many boys hear that they are class enemies, responsible for all the evils of the world. Ms. Sommers notes that when these doped-up, denigrated, and sexually confused boys hit adolescence, “…hormonal rockets are lit off, and we find resentful, angry, and unsocialized youth bouncing around the landscape.” This is taken as additional evidence that more vigorous feminine-slanted education must be instituted. Fewer young men in college is only one symptom of a poisonous institutional bias that must be exposed and dealt with.

Ms. Sommers doesn’t use the term “castration” for this kind of reeducation, but it certainly comes to mind. Critics believe it is what some feminists would really like to do. Ritalin has been the traditional stopgap remedy, but the current transgender craze offers a more permanent treatment for the “disease” of masculinity. And to complete boys’ unmanning, instruction in homosexual practices is being welcomed in growing numbers of schools. This movement to make children question their own biological identity is beyond perverse. It is truly evil! Parents who want normal lives for their kids must fight it with every means at their disposal.

Why have parents of boys not put the nasty pieces together and objected? Perhaps they already have. Nationally, the home-schooled student population now numbers over 2 million. Private school enrollment is also growing steadily. By some estimates, 40% of public school teachers have their own children in private schools; ditto for politicians of both parties, including public-education’s great “champion,” Barack Obama, who placed his daughters in exclusive Sidwell Friends School in Washington, DC. Only private schooling’s cost prevents many more parents from leaving out-of-control public schools that are too ideologically committed to revise their corrupt and destructive ideas.

Even that great century-old bastion of masculinity and morality, the Boy Scouts of America, finally caved to cultural and financial pressure by opening its ranks to homosexual leaders and boys. In recent days it has allowed girls in, too. What a tragedy.

This is a rough time to be a boy. If you have one in public school, be aware of how he is being treated – particularly with respect to his sexuality and “gender-identity.” Above all, resist any official pressure to put him on drugs to “control his behavior.”

Boyhood is not a pathology! It is not a social disease requiring correction. Whatever some past wicked men might have done, your little guy or teen is not guilty. He doesn’t deserve to be punished and have his manhood and his future destroyed because corrupt feminists hate men or because militant homosexuals lust after more converts to their perversions.

And if you have a daughter, don’t let her buy the swill about “evil boys.” Boys are neither her enemies nor the enemies of our culture and our country. Boys are the men of the future. We’re going to need them. Their boldness, will, and strength will be indispensable to the nation. And most girls will grow into women who will be glad to find real men to marry. We need to be concerned about what kind of men they will be – indeed, whether they will be men at all.

Any attempt to restore cultural “normalcy” in the country must start with a mighty effort to pitch all the anti-male “gender-confusion” rubbish onto history’s scrap-heap and let masculinity once again be the bright light that leads us into the future.

“In my time, men were men and women were glad of it…” (Gary Cooper) 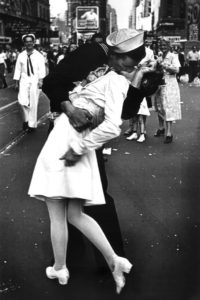 Boys and Girls Together… was last modified: June 23rd, 2018 by Woody Zimmerman
2 comments