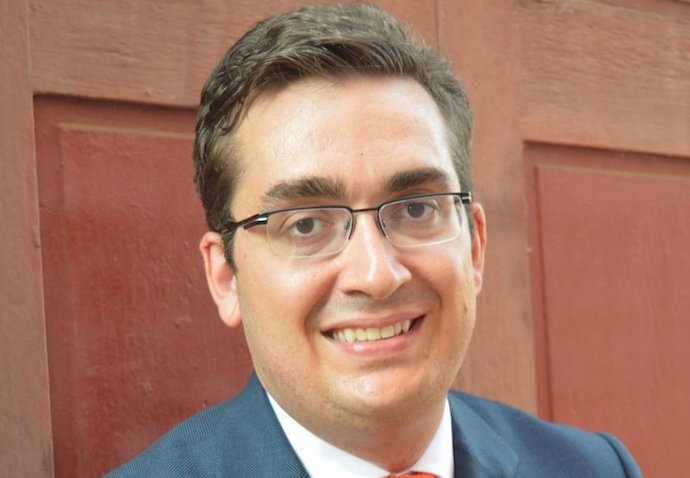 A federal judge today found that the law establishing Virginia’s presidential primary, which took effect for the first time in 2000, impermissibly conflicts with the Rules of the Republican Party, and thus has enjoined its application to the 2016 Virginia delegation to the Republican National Convention.

Judge Robert Payne, sitting in the Eastern District of Virginia (Richmond), held that the statute cannot be used to block efforts by Beau Correll, an RNC delegate from Virginia’s 10th Congressional District), and others who wish to vote for someone other than presumptive nominee Donald Trump.

The core of the dispute involved the provision  of the Virginia law that required winner-take-all allocation of delegates based on the results of the March 1 primary.  However, this conflicted with RNC rules, which provided that any primary taking place prior to March 15 had to adopt proportional allocation.  In these situations, Supreme Court precedent clearly indicates that party rules take precedence under the First Amendment.

This ruling was expected by writers at The Bull Elephant.  It breaks no new ground legally.  In terms of its impact on the upcoming convention, it changes nothing from a practical perspective, as RNC routinely ignores unenforceable state laws like Virginia’s.  However, the publicity surrounding this case will undoubtedly give a momentum boost to the groups seeking to ensure delegates in Cleveland can vote their consciences, rather than how state law or state party rules dictate.

More analysis and explanation of this decision will be forthcoming from The Bull Elephant‘s team of legal analysts in the next few hours. In the meantime, the full 65-page opinion is embedded below.

Oh wow – the court vindicates Correll. However, I hereby declare him to be too clever by half.

John is the Virginia co-chair for the Trump campaign.

Now that the gop is a strong party again with this court ruling, I only have one question. What is the BE definition of sock puppet? I only ask because apparently your definition is totally different from what I’ve heard in the rest of the country.

Someone who uses multiple names using them to bolster his side of the argument.

If Correll had been around when Reagan was running, Reagan would never have been the Republican candidate. This is an invitation to anarchy.

Thank you for reporting the outcome of this case and for your more thorough legal analysis to come. I look forward to reading both the entire decision and your analysis of it.
Meanwhile, two immediate concerns come to my mind relative to the decision in this case:
1) regarding who now is and who is to no longer be considered a member of the RPV in good standing; and
2) of even greater concern is whether this “winner take all” rule regarding party delegates may or may not now be also extended to apply to the Electoral College voting both here in Virginia and nationwide? For if the delegates in every state are now free to vote as they will on the first ballot at the national conventions, will Party Electors also be free to re-empower the majority of voters in their respective districts because the statewide “winner-take-all rule” dis-enfranchises voters in 7 of Virginia’s 11 Virginia Congressional districts, and in 48 of the 50 states nationwide where the Republican nominee may have actually won a majority of the Electoral College vote if it were actually counted on a “by-district basis instead?
This is because as I understand RPV rules on party membership, at some point in time any members unwilling to support the party’s ultimate nominees could, when properly notified in writing, be summoned to appear before either their local or state party membership committee to answer why he or she will not support the party’s nominees for any office, and subject to their answers, be forced to face a vote to oust them from participating in the RPV or their local Republican Committee for the next four years because of their lack of support?
Secondly, since the Electoral College voting in Virginia and 47 other states is also conducted on the basis of this “winner-take-all” rule, is there any way this decision can also be used to require Electoral College voting to be conducted on a “by-district” basis instead, especially since the current law does effectively dis-enfranchise a majority of individual district voters because of the state’s “winner take-all” rule, just as the Permanent Reapportionment Act of 1929 does relative to the unratified change in the constitution it allows in the size of Congressional districts themselves and the consolidation of the “power of the people” in the hands of too few? For in the past two Presidential elections, republicans turned only one state (Indiana) from blue to red between 2008 and 2012. As such, no matter who the party ultimately backs for President this year, can we really expect him or her to when this year unless we change this rule nationwide?

Sometime in January of next year the winning slate of electors will meet in Richmond and officially cast their ballots for President between. It is possible, and perfectly legal, for an elector not to vote for the candidate of their party. It has never happened because the people that are elected to these slots have typically proven themselves to be strong party loyalists, but it legally could happen.

That was a long way to go to answer your question, I know. But the bottom line is that the state can’t force electors to vote for or against any candidate. The only thing that keeps them loyal is their own conscience.

Actually, it has indeed happened before where an elector broke faith with his party. Many times, including in 1836 when 23 electors defected because the Democrat nominee had allegedly had relations with an African-American woman. http://www.fairvote.org/faithless_electors Further, Virginia law does indeed purport to bind electors to their party’s nominee. See Va. Code 24.2-203. http://law.lis.virginia.gov/vacode/title24.2/chapter2/section24.2-203/

I stand corrected about it never happening before, but I believe that Va. Code 24.2-203 would no more hold up to scrutiny than the subject of Beau’s lawsuit. The reason I question its constitutionality is because if the state can force an elector to vote for a certain party’s candidate, why couldn’t they pass a law requiring electors of either party to vote for, say, the Democrat candidate, no matter who wins the popular vote?

It would definitely make for an interesting case.

How long before DT claims the judge was Mexican? Those Virginia Mexicans are the worst you know. / Sarcasm off. Virginia delegates need to live up to their duty and save the party from this incompetent clown. How many democrats voted for DT in our state just to give Hillary a shot. Literally anyone but Trump could win with such a flawed candidate. VA delegates get it in gear and toss Trump the hell out so SCOTUS / our republic isn’t lost for a generation, if not permanently.

We’ve made it through 8 years of Obama – I think we can survive Trump, too.

Warning: sock puppets show up and I will call you out.