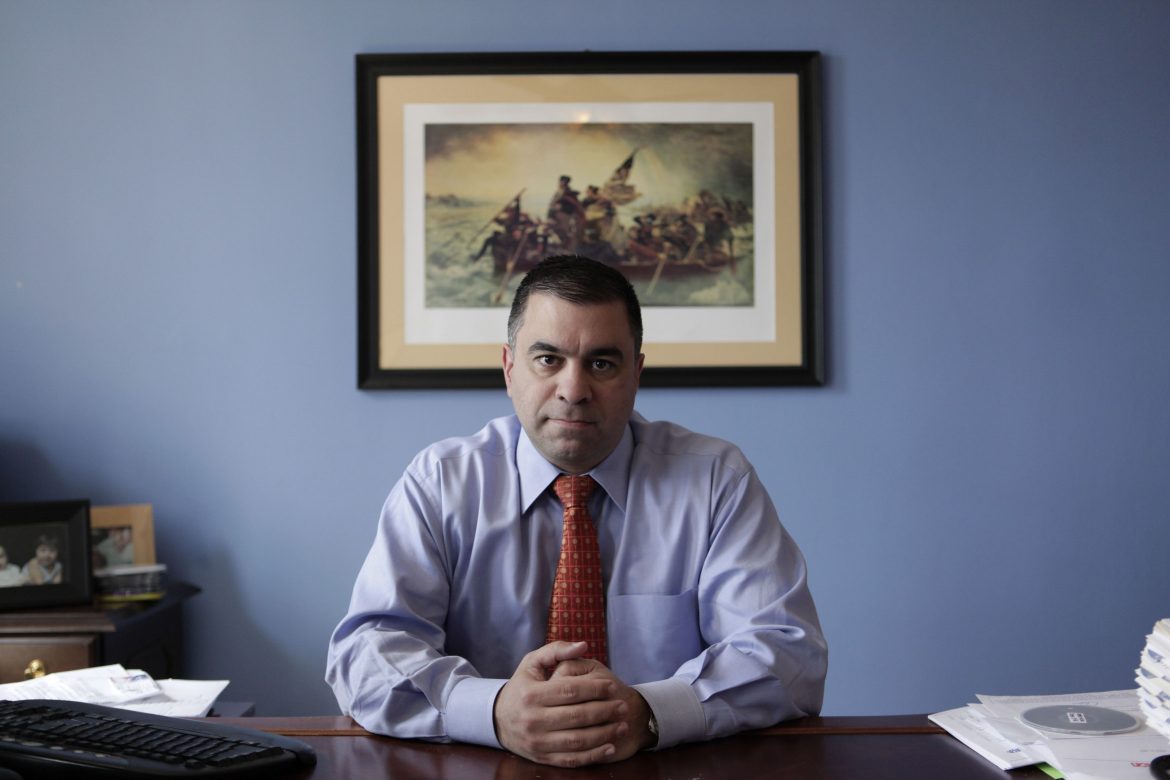 Sources close to the President confirmed to JFRS that former Trump for President deputy campaign manager David N. Bossie has moved near the top of President Trump’s choice for White House chief of staff.

Bossie, who joined the Trump campaign during the general election and reported to campaign manager Kellyanne Conway, is also the co-author, with Corey Lewandowski, of two recent New York Times bestseller books on Trump: “Let Trump Be Trump,” chronicling the campaign, and the recently released “Trump’s Enemies,” detailing what the authors view as deep state conspirators undermining the President’s agenda.

The whirlwind of candidates emerging to replace outgoing chief of staff Gen. John Kelly, who President Trump announced would leave his post at the end of the year, reached a fever pitch this week when perceived successor Nick Ayres, of Pence world, reportedly withdrew himself from consideration.

Bossie, a confidant of Trump, has emerged as an overwhelming favorite of the President’s base supporters, many of whom believe the West Wing has been infiltrated with Republican operatives who don’t believe in Trump’s America First agenda and are not loyal to the President.

Trump’s Base Fired Up For Bossie

The Bossie boom-let has been met with a social media explosion of support and enthusiasm from Trump’s most ardent backers.

The choice of Bossie would be seen as a huge nod to Trump’s core supporters, who he needs to hyper-motivate in 2020 for his re-election campaign to be successful.

Many told me for two years they’ve felt betrayed or “punched in the teeth” as one Trump campaign director put it, by professional Washington Republicans who took over the Trump Administration. “Some of them didn’t even vote for Trump, and got key jobs and influence,” said a battleground state director who got “kicked to the curb because I’m a true believer.” Both asked for anonymity to speak candidly.

Others told me if they were an early Trump supporter they were “blacklisted” by the RNC who wrestled control of the White House PPO [personnel office] early on, and booted out agency applications from Trump campaign workers.

Bossie told us he would be “honored to be offered the position,” and confirmed that he has a luncheon with President Trump on Friday to discuss the matter.

In an interview on my radio show on Tuesday, former Trump for President campaign manager Corey Lewandowski, who serves as an informal adviser to President Trump, and who was a Kelly antagonist, gave a full-throated endorsement for Bossie.

“Number one, you need a person who understands Donald Trump. And what I mean by that is not somebody who thinks that Donald Trump should be behind a desk, not talking to people. You have to let Trump be Trump. Dave Bossie knows something about that,” Lewandowski said.

“Number two, you need someone who’s looking at the 2020 election cycle and knows what’s at stake—and how every decision that the White House is making now may or may not impact the 2020 election,” Trumps former campaign manager added.

“Number three, you must have an experienced leader who understands the investigative unit of Congress now that the Democrats have taken over. And who better than the former chief investigator for Congress, Dave Bossie?”

“Number four, this job requires a person who is unselfishly willing to give up everything that they’re doing to put their career on hold, their family on hold, and go and put their time in to help this President be successful. I know Dave would do that,” Lewandowski said.

On motivating Trump’s base: “There’s no question, Dave Bossie is a loyal Trump supporter, and he was before Donald Trump was ever a candidate, and he’s continued to be. And I do think there is a frustration amongst people from the outside who helped get Donald Trump elected, that saw the swamp take over, that saw individuals coming in making decisions that excluded those people from getting jobs in the administration. Look, there were plenty of jobs to go around, but what we’ve seen is people who’ve been loyal to the president at some level have not been given those opportunities, and I think it’s very disappointing. And I do think if you want to keep that group of people engaged, the people who were there early, you have to give them one of their own. That’s Dave.”

“I’m okay with people who came to the campaign after it started and after their candidate dropped off. That’s perfectly fine, and that’s normal. But you shouldn’t overlook the people who were there from the beginning, and Dave is a person who understands that group of people. He’s one of the people who I relied on when I was running the campaign on a regular basis to ask advice and counsel for. He’d be a great choice,” Lewandowski concluded.”

For his part, as reported by Reuters,  President Trump said on Tuesday, “I have at least 10-12 that want it badly. I’m making a decision. Great people. I could do it immediately. I’m in no rush. A lot of people want it. [Mark] Meadows is a great guy. Dave Bossie’s a great guy. Friend of mine.”

Many observers say Bossie is the one choice who could marry the President’s legislative agenda with his re-election message in a seamless fashion. Having served as chief congressional investigator in the Clinton impeachment fiasco, he is potentially the only candidate who can navigate around the Democratic House subpoena cannon, which is loading up.

His experience is worth its weight in gold—and a 2020 re-election.
Breaking….Dave Bossie Catapults to Front Runner for White House Chief of Staff was last modified: December 12th, 2018 by Guest Contributor John Fredericks