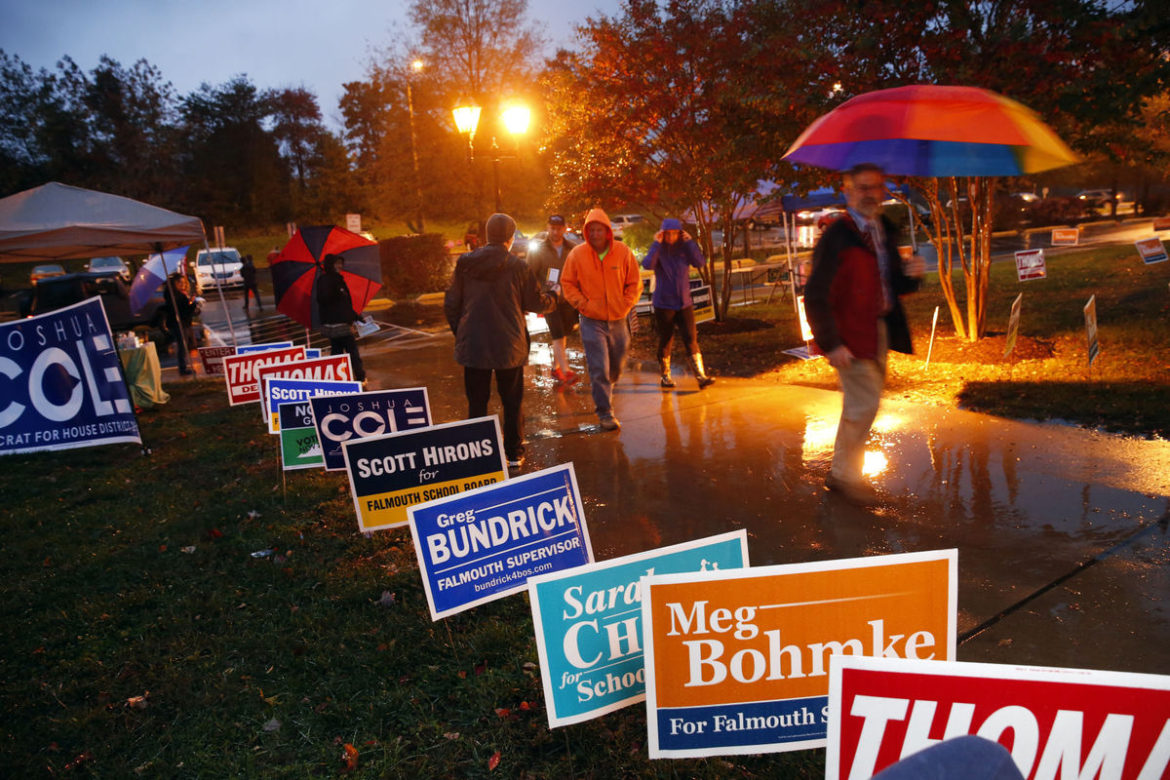 Yesterday, lawyers affiliated with the Democratic Party filed suit to enjoin the Stafford County Electoral Board from certifying results until after more time had been given for provisional voters in last week’s election to advocate for their votes to be counted.

The suit comes amidst preparations for an eventual recount of the results in House District 28, on which the balance of power in the Virginia House of Delegates may rest. On Tuesday, Republican Bob Thomas narrowly bested Democrat Josh Cole by 84 votes to succeed retiring Speaker Bill Howell (R-Stafford).

The complaint filed in Stafford Circuit Court is embedded below. The crux of the matter is the conflicting guidance given to provisional voters about when they needed to appear before the electoral board, should they choose to do so. Provisional voters were provided stock forms indicating a deadline last Friday (which is typically the case after a Tuesday election). However, because last Friday was a federal holiday, the local government was closed, so voters were provided additional written guidance that said they had until yesterday (the first business day after the holiday).

This means that any extension of the provisional ballot canvass would not have helped the two plaintiffs at all. In fact, it means that the two plaintiffs neither suffered nor would suffer any injury at all from the actions complained about. As such, the court at approximately 1:30 pm today dismissed the Democrats’ lawsuit for lack of standing, and for failure to plead an injury for which relief could be granted.

Had the Democrats produced an affidavit or any other evidence that any actual voters had been harmed by the ambiguous guidance handed out by Stafford poll workers, Judge Victoria Willis indicated she might have ruled differently. The lawyer representing the Democrats indicated she intended to refile her complaint as soon as possible with a different plaintiff, for whom injury could allegedly be found.

UPDATE 1: Our sources indicate that the Stafford County Electoral Board’s Democrat majority plans to convene the board in open session this afternoon to order that a group of 55 late-arriving absentee ballots be counted. These are the so-called “military” ballots (a debunked allegation designed to gin up outrage and raise money) that Democrats last week claimed the local registrar, a retired Air Force Colonel, had “refused” to count.

As we wrote Sunday, this dispute centers on when these ballots arrived, or should have arrived, at the Stafford County registrar’s office. The registrar claims their mailbox was checked after the post office had completed their last sorting on election day, and then checked again the following morning. It was only then that the ballots were received–approximately 15 hours after the 7:00 pm Tuesday deadline. The Democrats counter (so far without making public any substantiation of the charge) that the ballots were at the Post Office on Tuesday and could have been picked up had the registrar chosen to do so.

The code of Virginia is clear that ballots arriving at the registrar’s office after 7:00 pm on election day are not to be counted. It seems likely the move to do so by the Democrats on the Board will spark a second lawsuit, this time by the Republicans. Stay tuned!

UPDATE 2: Our sources were correct…the Democrats had planned to try to count the 55 late arriving ballots, but those plans were stymied by Democratic Board Vice Chairman Marie Gozzi, who said she had conducted her own investigation of how these ballots were handled, and concluded that there is no definitive evidence suggesting the ballots could have been retrieved by the registrar or his staff. And one point, in a heated back and forth with Democrat Board Chairman Doug Filler, Gozzi held up a Virginia Code book and proclaimed, “We’ve got to follow the law!” Gozzi subsequently sided with Republican Board member and Secretary Gloria Chittum to vote down Filler’s motion to count those ballots.

So, all that’s left is to canvass the remainder of the provisional votes, and then after the certification of results by the State Board of Elections, the recount process will begin.

UPDATE 3: After all that fuss and consternation, Democrat Joshua Cole picked up a net of two votes relative to Republican Bob Thomas in the Stafford provisional canvass. That means that the results to be certified to the state this afternoon will show Thomas as the winner, retaining an overall lead (+82) that is unlikely to be overturned in a recount.

However, anything can still happen in a court-supervised recount (e.g., counting the late absentees, counting absentees rejected for lack of required paperwork, counting the proverbial “hanging chads,” and so forth). And if, after the recount is conducted and certified, one of the candidates decides to contest the results, that would open up the prospect of a complete do-over. This prospect is enhanced by the fact that the HD 28 election included the erroneous (on the part of the state board and the Fredericksburg registrar, as I understand it) participation of approximately 80 voters who should have voted in House District 88. So, the drama will continue to unfold for most of the rest of the year.