The Bull Elephant has learned of an ongoing joint state/federal probe into likely embezzlement of seized funds by a top narcotics officer in the Loudoun County Sheriff’s Office. 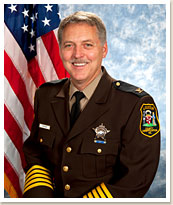 Sources close to the investigation tell The Bull Elephant that the FBI and Virginia State Police have been investigating a huge breach of public trust within the Loudoun County Sheriff’s Office. We are told the year-long probe of Sheriff Michael Chapman’s office reveals involvement of one or more of his deputies in an embezzlement scam that may have been going on for years prior to being discovered.

Drugs and drug money are a perennial threat to police integrity, as the temptations of simply stuffing one’s pockets full of seized treasure is sometimes just too much for a modestly paid public servant. However, that money usually has important places to go. For instance, in Virginia seized monies are deposited in a statewide fund from which grants are issued in support of local public safety agencies and Commonwealth’s Attorney offices. So, this isn’t exactly a victimless crime.

It remains unclear when the investigating authorities will publicly announce their findings, and what is behind the delay in doing so. An open-and-shut case of a deputy walking away with seized loot ordinarily should not take a year or longer to investigate, prompting questions from one of our sources about investigation into potential additional violations of the law (or additional participants in the same alleged scheme) within the Sheriff’s Office.

A Loudoun County spokesman was contacted for comment, but had not responded to our questions as of the time of publication. We will update this story as it unfolds.