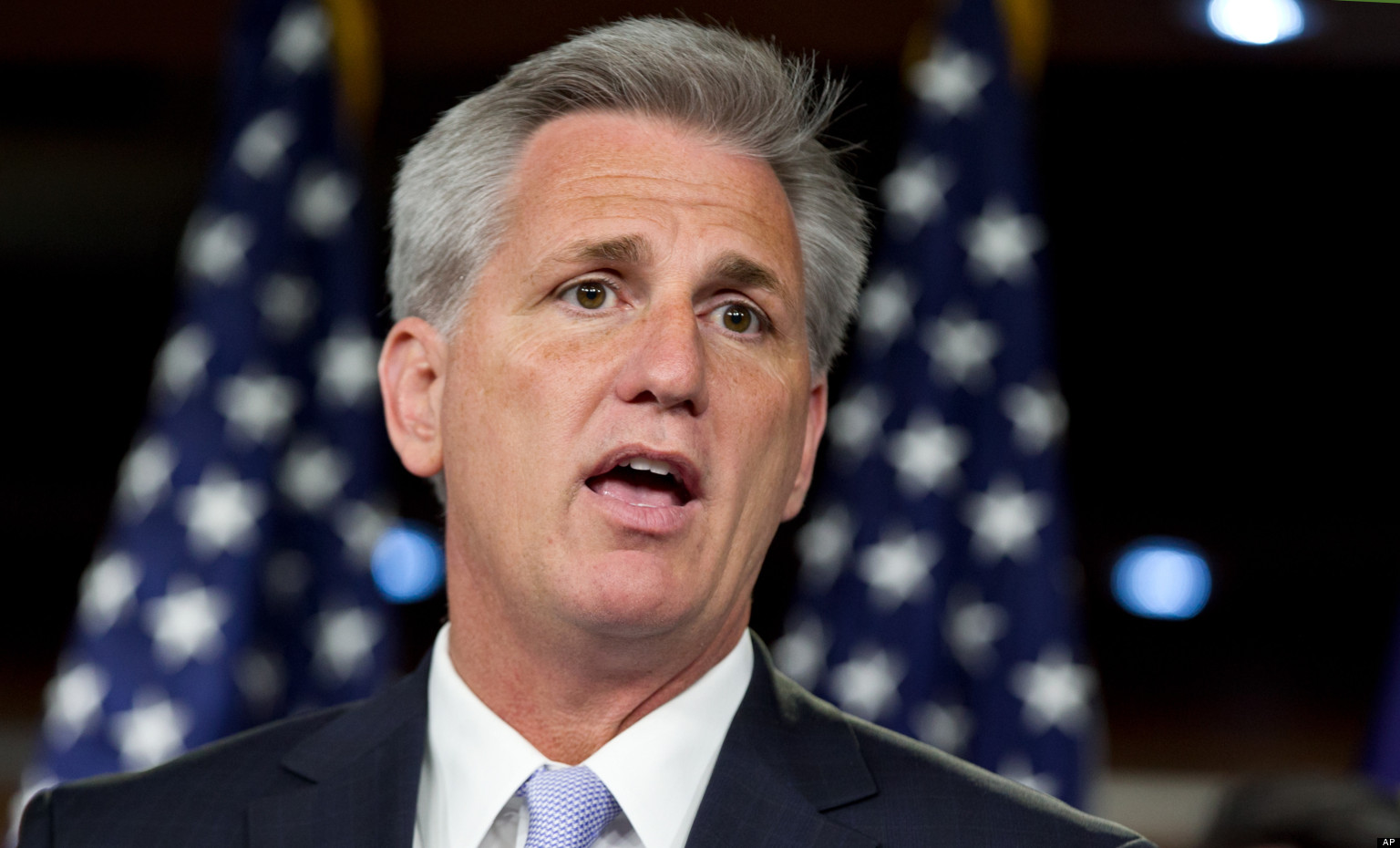 In a complete shock to most Republicans, McCarthy announced he was backing out of the race for Speaker.  This is likely a result of vote counting that indicated extreme difficulty for McCarthy to secure the votes necessary on the floor of the House to be elected Speaker, though it is widely acknowledged he had majority support among Republicans.

The Conference met this morning to choose its nominee.  With McCarthy’s withdrawal, the Conference vote is now slated to be rescheduled sometime in advance of the House-wide vote for Speaker on October 29.

Other candidates for Speaker include the Freedom Caucus-endorsed Daniel Webster (R-FL) and House Oversight and Government Reform Chairman Jason Chaffetz (R-UT).  With McCarthy’s exit, however, the race is likely completely up in the air.

Credit is due to leaders like Rob Wittman and Freedom Caucus members like Dave Brat for mounting pressure for McCarthy to step down.  Not only would McCarthy be extremely divisive (Boehner 2.0, as Freedom Works called him), but in a spate of recent public utterances, McCarthy has revealed himself to be apt to stumble and bumble in front of the cameras.  In this sense, regardless of who the next Speaker may be, this is a positive development.

More as it become available.

As any farmer realizes to plant a new crop the first step is to clear the ground. This withdrawal from consideration has accomplished two major results: 1) it’s cleared the ground (e.g. opened the process wide for new candidates), 2) and, perhaps most important, it’s loosened transitioning Speaker Boehner’s grip on the whole replacement selection process. This race has just broaden considerably and I would bet that Reps. Chaffetz and Webster won’t be the last hats in the ring.

Once again Freshman Rep. Dave Brat proves insightful and formidable. But credit the Godzilla in the room: Rep. Rob Witman. Scary smart, tough, courageous, keen and lethal, Dr. Wittman’s endorsement of Rep. Chavetz was the first tell-tale sign of trouble for McCarthy. Count Wittman out of the ’17 governor’s race at your own peril, my friends. He’s not to be underestimated. Ever.

Immediately after McCarthy’s announcement, Boehner announced the vote would be postponed, and declared the meeting over.

What are the two remaining candidates — potted plants?

A three-term congressman and another Mormon to lead us to salvation…potted plants, pretty much

Rep. Daniel Webster was a ball of fire in Florida as House Speaker – cleaned “house” and turned the place upside down.

Interesting that less than 24 hours ago Rep Walter Jones, (R – NC) sent out a letter urging any candidates for Speaker with any “skeletons in the closet” to drop out of the race.

Sounds like the conservatives played it smart, deployed their spokespeople and worked the ground. McCarthy’s gaff on the Benghazi committee and Gowdy’s smack down didn’t help.

McCarthy’s “gaff” was no mistake, it was an “on purpose” to undermine Trey Gowdy and the Benghazi Committee. Does this sound like a spontaneous word salad to you? “Everybody thought Hillary Clinton was unbeatable, right? But we put together a Benghazi special committee, a select committee. What are her numbers today? Her numbers are dropping. Why? Because she’s untrustable.”
Normally, McCarthy is much more incoherent when speaking off the cuff.

It seems McCarthy had a bevy of issues. I’d say I was perplexed as to why they let him move forward with his “baggage” – but nothing surprises me anymore.