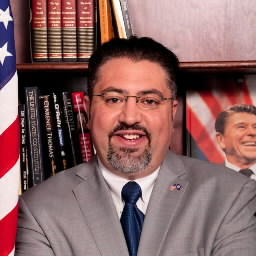 Delegate David Ramadan is withdrawing from re-election in the 87th House District.  The democrat running in the district is Jewan “Jack” Tiwari. [read_more]

UPDATE:  Numerous sources have confirmed that Ramadan has indicated he’s stepping down.  When reached for comment, Ramadan acknowledged the story but said he intends to make a final decision by tomorrow and announce it from the floor of the House of Delegates.

What are the “numerous sources” that say this?

Do you mean who are the sources? Can’t tell you that, but it means more than one person has confirmed that this is true. No, we won’t tell you those people are but they are very reliable. We’re all hoping Ramadan will change his mind before his announcement tomorrow in Richmond.

Not surprising. There have been rumors floating around for a while now that his business may be in some trouble. I have also heard that the House Caucus was quarreling with him and refused to finance his upcoming campaign. It could be that Ramadan was worried about not being able to raise the necessary funds. It sounds like he was also going to have to find a new campaign manager. Or, it could have been any one or a combination of these factors that caused Ramadan to step down

I would hope that any of those would have him stepping down before becoming the nominee — sudden and unexpected = bad.

It is certainly bad. And bad form. We need to find someone to step up and fast.

Bad form indeed! So totally uncharacteristic of him and his campaign style. Finding a qualified nominee in short order will not be impossible, tough, but not impossible. But this is all on Delegate Ramadan — if he wanted to play quitter, he should have done so before becoming the nominee.

OR, it could be none of the above.

It could be none of those. He may just want a break. We’ll find out eventually.

Interesting that Ramadan’s “business” may be in trouble.

Could you share details on just what his “business” is?

All businesses are in trouble in this Obama/McAuliffe economy. I believe among Delegate Ramadan’s are/have been Gems & Precious metals; immigration assistance, international health club franchising. All of which are ‘his’ business and apparently have not benefitted from the TLC that he’s been giving his district.

No Way! Only possibility is that he runs for a higher office — Vogel, Black, and Hollingshead should be very afraid of an Independent Dave Ramadan!

Why would he try and unseat a good conservative like Black?

He’s not. Ramadan is not running for any office.

Well, in that case, prayers sent his way.

Yes indeed. Delegate Ramadan is a fine man and a solid Conservative who works hard for us in Richmond.

“Yes indeed. Delegate Ramadan is a fine man and a solid Conservative who works hard for us in Richmond.”

Then that explains it! No way that they are going to let anyone with those qualifications stay in the House in Richmond!

… who worked hard for us in Richmond once upon a time.

Actually, that was tongue in cheek — I don’t think he would — I’m astonished that he would jump out of the race now. I’m mostly hoping it’s something like political ambition rather than the more likely health or family related. He’s been good for the party, would be a shame for him to drop out now.

He quit, he quit long after he should have, he quit without style, he quit leaving the party high and dry.

He broke his covenant to the party, and to his supporters.

An honorable David Ramadan will make sure that the replacement GOP nominee wins no matter what the cost or expense.

Or maybe, just maybe, the ‘I told you so’s’ were right.

New Theory — The Wesen Council really like their Greenway — David got an offer he could not refuse.