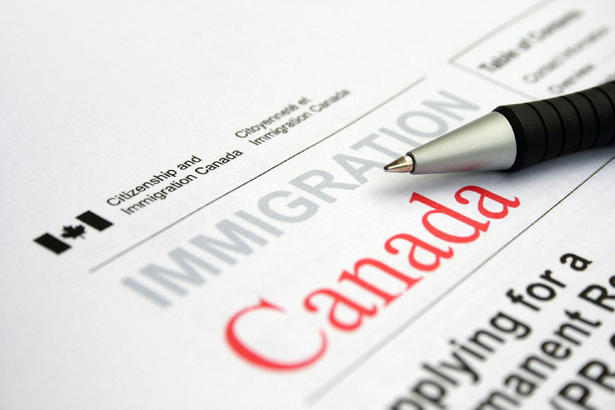 A glimpse into what is happening in Canada as liberals emigrate from the US.

From The Burning Platform blog:

The flood of Trump-fearing American liberals sneaking across the border into Canada has intensified in the past week. The Republican presidential campaign is prompting an exodus among left-leaning Americans who fear they’ll soon be required to hunt, pray, pay taxes, and live according to the Constitution.

“I went out to milk the cows the other day, and there was a Hollywood producer huddled in the barn,” said southern Manitoba farmer Red Greenfield, whose acreage borders North Dakota. “He was cold, exhausted and hungry, and begged me for a latte and some free-range chicken. When I said I didn’t have any, he left before I even got a chance to show him my screenplay, eh?”

In an effort to stop the illegal aliens, Greenfield erected higher fences, but the liberals scaled them. He then installed loudspeakers that blared Rush Limbaugh across the fields, but they just stuck their fingers in their ears and kept coming. Officials are particularly concerned about smugglers who meet liberals just south of the border, pack them into electric cars, and drive them across the border, where they are simply left to fend for themselves after the battery dies.

“A lot of these people are not prepared for our rugged conditions,” an Alberta border patrolman said. “I found one carload without a single bottle of Perrier water, or any gemelli with shrimp and arugula. All they had was a nice little Napa Valley cabernet and some kale chips. When liberals are caught, they’re sent back across the border, often wailing that they fear persecution from Trump high-hairers.

Rumors are circulating about plans being made to build re-education camps where liberals will be forced to drink domestic beer, study the Constitution, and find jobs that actually contribute to the economy.

In recent days, liberals have turned to ingenious ways of crossing the border. Some have been disguised as senior citizens taking a bus trip to buy cheap Canadian prescription drugs. After catching a half-dozen young vegans in blue-hair wig disguises, Canadian immigration authorities began stopping buses and quizzing the supposed senior citizens about Perry Como and Rosemary Clooney to prove that they were alive in the ’50s.

“If they can’t identify the accordion player on The Lawrence Welk Show, we become very suspicious about their age,” an official said.

Canadian citizens have complained that the illegal immigrants are creating an organic-broccoli shortage, are buying up all the Barbara Streisand CD’s, and are overloading the internet while downloading jazzercise apps to their cell phones.

“I really feel sorry for American liberals, but the Canadian economy just can’t support them,” an Ottawa resident said. “After all, how many art-history majors does one country need?