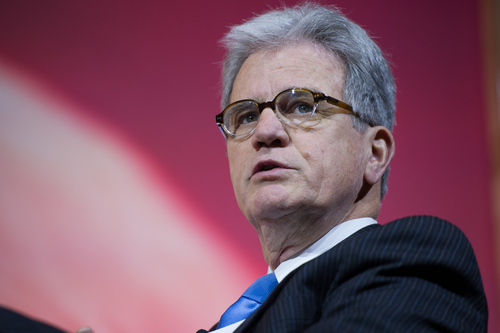 BREAKING NEWS–Tom Coburn Willing to Challenge Trump for the Nomination

Word is quickly spreading among convention delegates that former Senator from Oklahoma Tom Coburn will challenge Trump if they can get his name in nomination. Quin Hillyer a veteran political pundit put this on his blog today,

Big, exclusive news: One final new contestant may emerge this week to wrest the Republican presidential nomination away from alleged billionaire Donald Trump.

I can reliably report that the former U.S. Senator from Oklahoma, Dr. Tom Coburn, would accept a draft from the convention floor if delegates petition successfully to put his name in nomination.

Dr. Coburn has been strongly urged to run by many conservatives.

This could be a game changer, Coburn is very popular among conservatives.

How could this happen, how may Coburn’s name be put in nomination is explained here by Hillyer.

More links to the story here.