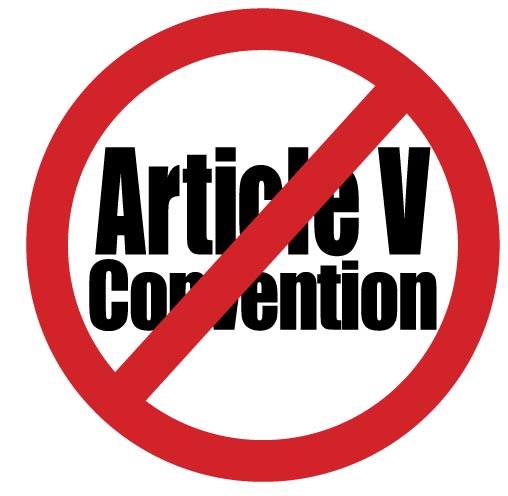 CORRECTION: Convention of States resolutions ARE NOT Dead Yet

UPDATE: Despite initial reports to the contrary (see below), it appears the Article V Convention of the States resolutions were NOT stricken. Instead, one of the Senate resolutions was stricken, but the other was just “passed by for the day.”[read_more]

This means that it will come back tomorrow. Apparently both House resolutions were also passed by for the day. We regret the error.

Senator Ryan McDougle has struck his resolution in the Senate that would add Virginia to the list of states calling for a Convention of the States.  Delegate Scott Lingamfelter has done the same in House of Delegates.  Both representatives were unable to muster the votes to pass the bills, despite earlier whip counts showing a solid majority in the House and only a 1 or 2 votes short in the Senate.

Below is the Tweet from Sen. Dick Black (R-Loudoun) announcing defeat of the COS.

.@POLSRichmond @WashPostVA @RTDSchapiro House and Senate sponsors just struck their Article V bills for lack of support in both chambers.

CORRECTION: Convention of States resolutions ARE NOT Dead Yet was last modified: February 4th, 2015 by Jeanine Martin

I’d actually love for these bills to get to the House and Senate floor so people could see how many people from both parties would vote against them.

Under the heading of “You can’t make this up.”

Four Republicans voted with the Democrats on Tuesday to pass a resolution ratifying the Equal Rights Amendment!!

But hey, they support a con-con, so Mark Levin thinks they’re real patriots!

Got this in my email tonight:

One of the Senate resolutions (SJ 269) was pulled by the patron today. The latest rumor is that tomorrow, 2/5, Del. Lingamfelter will pull his resolution (HJ 497) and Del. LeMunyon will pull his (HJ
499). This still leaves Sen. Hanger’s resolution (SJ 252) active in the Senate. Nothing at this point has been won or lost – by either side.

If we want to kill these resolutions, please contact the delegates and senator and ask them to please pull their respective resolutions:

Also contact your delegate and senator and ask them to vote NO to these resolutions should they come forward on the House or Senate floor.

Also contact your delegate and senator and ask them to vote NO to these resolutions should they come forward on the House or Senate floor.

Please feel free to forward this message and future updates to your list.

Could you please also list the Democrat Senators and Delegates who have introduced COS legislation? Why did you leave the Democrat names out anyway? We need to contact them also!

Thanks for the update!

These are the only three CoS bills introduced this year that are left. No Democrats put in CoS bills.

Which Republican had the brilliant idea to introduce a bill that would tear the conservatives apart at their base in an important election year? Why didn’t Bill Howell or Tommy Norment show some leadership and have this put off until next year? What a bunch of buffoons. The Democrats are enjoying this. Thanks Mike Farris and Mark Levin for ripping our party apart at election time. Your skill at getting Democrats elected in a Republican-leaning year is remarkable.

I don’t want to mention Lingamfelter’s name, but it was a delegate from Northern VA, in the Prince William/Fauquier County area. His district number rhymes with dirty bun. Just sayin’.
He did the same thing last year.

Now what? you all wanted Article V dead and now it likely will be in VA, how do you propose we reign in the federal government?

Maybe we can do it by educating the public… Oh, they are the same ones who elected Obama.

Maybe we can do it by electing constitutional conservatives to Congress… Oh, since 1900, there hasn’t been a single Congress that has voted to reduce the size of federal government and reign in federal power.

Maybe we can do it by relying on the Judicial Branch… Oh, they regularly disregard the Constitution al la Obamacare.

Hmm, I wonder how we fix the problems in D.C. now that the John Birchers have joined hands with the ACLU and other liberals to keep the federal government firmly in the control of the elite?

Would you please explain your logic?

How would you expect a corrupt, corporate run, state government to “reign” in anything but more cash? See 2015, SB 1349 at LIS.

Definitions of SB 1349; Let Dominion Virginia Power make more profit so that they will give more of that profit to the corruption filled members of Virginia government, in the form of “fake” gifts, campaign, and PAC contributions. All legal of course.

An indirect decrease in minimum wage.

Good points – all I hear from the Opposers is “we must educate and elect!” It’s not going to work. It took us 100 years to get where we are now. How much time do the Oppers think we have!?

Pandora’s box. Glad it got shot down and VERY glad to have conservative stalwarts stepping into the gap (again). With all kinds of wolves prowling around our dynamic duo (Black and Marshall) I hope conservatives far and wide come to their aide when they need it.

[…] According to The Bull Elephant, Virginia will not be participating in the Convention of the States: […]

Reply
Breaking: Virginia Will not join the Convention of States | Virginia Virtucon February 4, 2015 at 3:03 pm

[…] Our Sister blog the Bull Elephant reports it here :  http://thebullelephant.com/breaking-news-virginia-will-not-join-the-convention-of-the-states/ […]

Personally, I’m very disappointed. I supported the CoS proposal.

Victory is ours. We HAD to win this. Everyone please thank Bob Marshall and Dick Black for leading the way.

Sounds to me like Senator Black did not seek to be the poster boy for the anti-Con Con movement, but when Mike Farris attacked and threatened the senator, he put out a detailed email about why he opposed it and it sent shock waves through a well-funded group of proponents who acted as if it were unacceptable to disagree.

Your untruths continue. 1) it is NOT a Con-Con, it is a Convention of States. Why lie about the true name? 2) I have yet to see where Farris “attacked and threatened” the senator, please prove where he did this. 3) Black’s propaganda, promoted and supported by the Bircher extremists and ACLU liberals, used falsehoods and scare tactics instead of logic – just like the Democrats do.

First, you keep getting hung up on the name. I have avoided calling it a con-con to be nice, but the way all your heads explode, I think I am going to have to start.
Second, you keep throwing the John Birch Society out like it’s the scarlet “J”, worse than the KKK. The first I heard about the John Birch Society since the 70’s or 80’s was when Levin starting using them to attack Dick Black, and then all the Levin acolytes started parroting it.

I’m curious. Do all of you even know what the John Birch Society stands for? I had to go to Wikipedia to find out. You might want to do the same thing.

Third, you can look at the previous post where Dick Black rebuts Mike Farris on this blog, or read the Washington Post story where Farris threatens to challenge Dick Black in a primary (according to that story, Black does not seem to be worried).

Fourth, why don’t you go back and read all the blog posts on the Bull Elephant over the last few days and read the back and forth. You will find plenty of evidence presented that blows the CoS position out of the water.

Or you can continue to call other Conservatives names and end up helping to elect Democrats.

This whole debacle has disposed of any remaining respect I had for Mike Farris, or for “The Great One.”