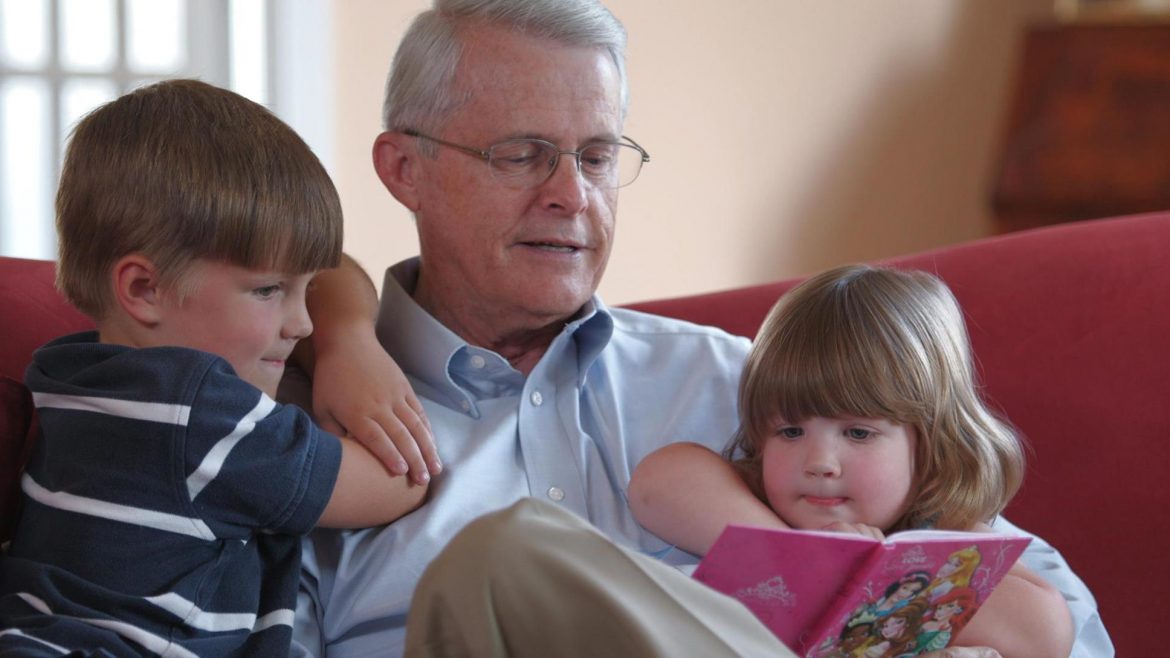 Senator Dick Black reading to two of his 16 grandchildren

TBE has learned of an impending announcement from a conservative stalwart in the Virginia Senate.

According sources close to Senator Dick Black (R-Loudoun), the Senator is planning to announce later today that he will retire from the Virginia Senate at the end of his current term in January 2020.  After a lifetime of service to his country, his state, and community, the Senator will not run for re-election.

In 1963, at age 21, Senator Black began his service to the country when he joined the Marines as one of the youngest aircraft carrier-qualified pilots. He flew 269 helicopter missions and earned the Purple Heart.  He is the only member of the General Assembly to have received the medal for injuries he sustained while in battle.

When Black returned home he went to law school and was later commissioned as a Major in the U.S. Army Judge Advocate General’s Corps (JAG).  He headed the Army’s Criminal Law Division at the Pentagon.

In 1994 Senator Black retired from the Army and began practicing law in Loudoun County.  In 1998 he ran for the House of Delegates.  In 2011 he was elected to the Virginia Senate, where he has served since.

During his service to Virginia, Senator Black never voted for a tax increase.  He has been a consistent and stalwart supporter of Life, as well as an effective advocate for the Second Amendment and home schooling. No elected official serves his constituents better and more fully than Dick Black.  When push came to shove on Governor McAuliffe’s back door Medicaid expansion plans in 2014, only Senator Black had the courage to publicly take a stand, starting the successful #BlackOrBust movement championed here on TBE, thus preventing the corrupt McAuliffe administration from expanding Medicaid without at least going through the legislature for specific authorization.

Dick Black will be missed in the Virginia Senate by his many, many friends and those he represented during his two decades in the General Assembly.

(DEVELOPING….more to come over the next several hours).

UPDATE: 9:00 am.  It’s official.  Senator Black’s office has made their announcement via the press release below:

Senator Black to Retire at the End of His Second Term

ASHBURN, VA. Senator Dick Black (R-13) announced that he will retire at the end of his current term of office, which ends in January 2020. By that time, Senator Black will have completed 50 years of public service.

Over the past 20 years, Black has won twelve hotly-contested elections. “It’s been an honor serving Virginia in the House of Delegates and in the Senate,” Black said. “I thank the people of Loudoun and Prince William Counties for electing me to represent them in Richmond.”

Black began his service at 19 years old when he fought in Vietnam as a Marine lieutenant. He flew 269 combat missions as a helicopter pilot, then fought in fierce ground combat as a forward air controller for the 1st Marine Regiment. Lt. Black was awarded a Purple Heart when he was wounded and his radiomen were both killed as they attacked to rescue an embattled Marine outpost.

After law school, Black rose through the Army JAG Corps, becoming Chief of the Criminal Law Division at the Pentagon. He advised the Senate Armed Services Committee, prepared Executive Orders for the President and represented the U.S. Army in testimony before Congress. Colonel Black retired after 32 years of service.

After moving to Sterling, he was appointed to the Loudoun County Library Board, where he fought to block pornography on computers in public libraries. The library battle made national news in 1996 and launched Colonel Black into the House of Delegates, where he served for eight years. In 2011, he was elected to the Senate for a four-year term; and was reelected in 2015.

During his time in office, Black opposed every tax increase. He supported religious freedom, the Right to Life, 2nd Amendment Rights, tough criminal enforcement, and school choice. He was a staunch pro-family conservative and passed important legislation including:

Black is considered the most conservative member of the General Assembly. He received the American Conservative Union’s Award for Conservative Excellence (with a 97% Lifetime Score), was Family Foundation’s Northern Virginia Legislator of the Year, and received the top national award from National Right to Work.

A foreign policy expert, Senator Black worked tirelessly to end America’s long war in the Middle East. He traveled to Syria, visiting the front lines just after terrorists were ousted from Palmyra in 2016, and again in 2018 after they were driven from Aleppo.

Senator Black celebrated his 50th Wedding Anniversary this year. He and Barbara have three children and 16 grandchildren.

Black said, I’ve been honored to serve, both in uniform and in elected office. My family has made enormous sacrifices which enabled me to serve. I’m indebted to voters for their support.” And, I’m especially grateful to my wife, Barbara, and to my daughter and Chief of Staff, Michelle, whose work was vital over the years.”

I’m blessed with 16 beautiful grandchildren and look forward to spending more time with them now. Although I’ve appreciated representing a quarter million people in Richmond, it takes a tremendous amount of time away from the family. I will continue to support our nation’s quest for strength–through peace. I’m proud of what we’ve accomplished and look forward to adventures ahead.”
# # #

Virginia State Senator Richard ‘Dick’ Black Announces He Will Not Seek Re-Election In 2019 | The Republican Standard January 2, 2019 at 2:02 pm

[…] a news release, Senator Black said, “It’s been an honor serving Virginia in the House of Delegates and in the […]