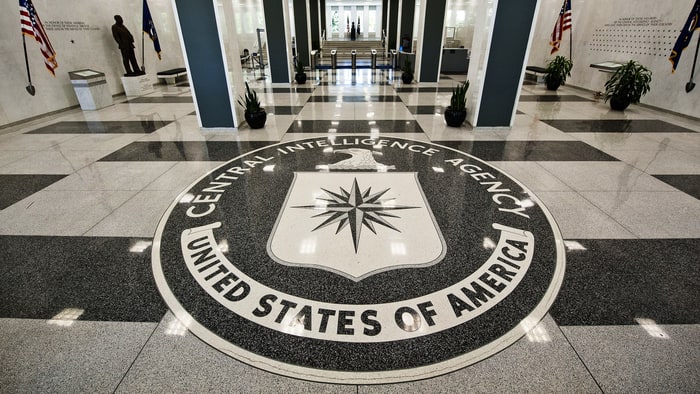 Today Senator Mark Warner the Vice Chairman of the Senate Select Committee on Intelligence announced he will vote to confirm Gina Haspel to be Director of the Central Intelligence Agency (CIA):

“Gina Haspel has served our country with dedication for 33 years. In many ways, her story is representative of the thousands of people at the Agency and throughout the intelligence community who serve quietly, without recognition, and often at great personal risk, in order to keep our nation safe from those who wish to do us harm.

“Over the last year I’ve had the opportunity to work with Ms. Haspel in her role as Deputy Director, and I have always found her to be professional and forthright with the Intelligence Committee. Most importantly, I believe she is someone who can and will stand up to the President if ordered to do something illegal or immoral – like a return to torture.

“I acknowledge that this has been a difficult decision. There are valid questions that have been raised regarding the Acting Director’s record, and I have been frank with Ms. Haspel that I wish she had been more open with the American public during this process. However, in both our one-on-one meetings and in classified session before the Committee, I found Acting Director Haspel to be more forthcoming regarding her views on the interrogation program, which is why I asked her to memorialize those comments in writing. I also take to heart the strong support Ms. Haspel has among rank-and-file members of the intelligence community and from intelligence community leaders who served under President Obama.

I’m going to support Gina Haspel’s nomination to be Director of the CIA. I also respect my colleagues who have made a different decision.

“If she is confirmed, the Senate Intelligence Committee will continue to conduct thorough and vigorous oversight over the nation’s intelligence agencies.”

Breaking–Senator Warner will vote to confirm Gina Haspel was last modified: May 15th, 2018 by Jeanine Martin

Hopefully Warner just opened himself up to a legitimate primary opponent from the looney far left on his next go around.

Mark Warner is doing the right thing for very selfish, political reasons – however the end result is Haspel gets confirmed and the CIA will be in good hands.

I understand illegal, senator. What I would like to know is what you consider immoral. For example, isn’t it immoral, regardless of legality, to allow aliens to breach america’s borders uncontested and use the taxpayer funded American welfare system? Further, isn’t it immoral to refuse to apply any and all means available (regardless of legality) to prevent a terrorist cell with a nuclear weapon from exploding it in an American city or town?

Schumer will probably give Kaine permission to vote for Haspel too, as his seat is in jeopardy. They only get the “thumbs up” when the issue will go forward any way. That’s the game. This isn’t about convictions or statesmanship…it’s about them and their political careers and the appearance of being “moderates”….which I haven’t seen from either of our senators.

Kaine has been pretty quiet lately…would be interesting to see what he knew and when he knew the shenanigans of the Clinton campaign.

Here’s a fun one for the Imagine If files:

Obama announces he wants to let a Chinese company off the hook for violating sanctions on Iran *in order to save Chinese jobs* the same week an Indonesian business venture of his gets a $500 million loan from the Chinese government.

Immigration is going to drive the election once again, just as it did yesterday in Pennsylvania.

Take notice of the silence from Va. Senators Reeves, DeSteph and Delegate Freitas.
All ex military and can’t defend Virginia.
Liberty to exploit labor.
The tax man and Sessions are coming and they don’t care what color or nationality you are.

So, is John Warner now your pick to win the Preakness on Saturday? What, your Kentucky Derby pick came in dead last, 73 lengths back. You have minus zero credibility, Johnny.

Really, fantasy man? I go
Public. I’m bet real money at the race track. I publicly give my analysis 5 hours a day on the radio in 30 markets plus CNN plus local TV plus Al Jazeera Satelite. You, on the other hand – hide behind a fake name. Give me break, dude.

Hey its pleasurable to hide behind a a fake name.
But then again is it fake ?, on my part.
Americans do want to work and actually make darn good money, it’s the lazy white collar man Yat exploits the equity built by the working man.
I take pleasure in the name because if the poo bear politician wasn’t wining about labor I would not be the thorn in his side.
Those in politics who shake my hand will know it is me do to the texture of my working hands.
Some actually know who I am;
A Free man