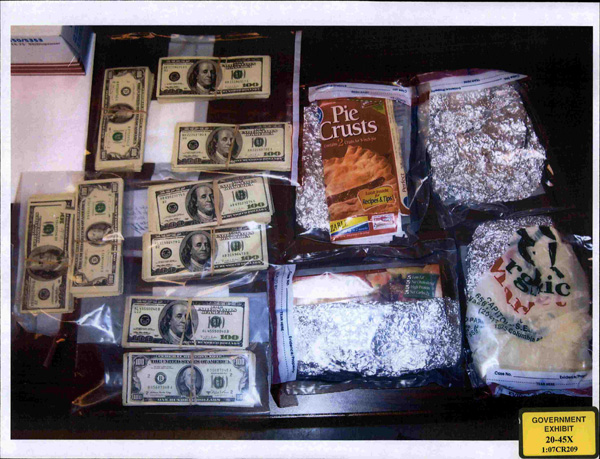 In the summer of 2006 House Speaker Denny Hastert raised cain with President Bush after the FBI raided the House office of Representative William Jefferson’s (D-LA) under a search warrant issued by US District Judge Thomas F. Hogan. Mr. Jefferson – already under investigation by the FBI for bribery – had been filmed, in flagrante delicto, taking $100,000 in marked currency from a covert agent. The FBI found all but $10,000 of the cash in a freezer in his Louisiana home. Spokesmen said the Bureau searched the congressman’s office because investigators believed he might be concealing additional evidence there.

Numerous reports and opinion pieces concentrated on the minutiae of the incident – i.e., the political dynamics, the rare bipartisan unity shown by House leaders, and the unfortunate fact (for the GOP) that the uproar had pushed Mr. Jefferson’s alleged misdeeds off the front page. The Congressman subsequently tried to paint himself as the victim instead of the perp, but that strategy flopped when he was convicted and sent to prison on corruption charges.1 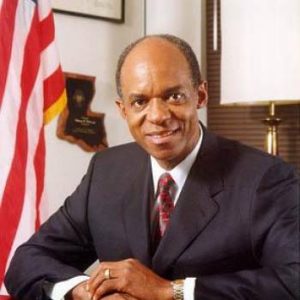 Print and electronic media commentators gave the horselaugh to Speaker Hastert’s contention that the raid violated the Constitution’s “separation of powers protections.” Numerous pundits argued that “no one is above the law” – insisting that Mr. Jefferson’s congressional office could not be used to conceal a crime. One talk-show jock said Mr. Jefferson could have no expectation of privacy in his office because it was “government property.”

This assertion, in particular, is almost certainly flawed. If you let your house to a tenant, you don’t get to search it just because you own it. If you try, the renter will drag you into court and he’ll win the argument. Certain rights, including privacy, attach to occupation of a property. Unless the occupant is a squatter, you can’t go in there without his permission. Of course, a properly executed search warrant trumps any rights of privacy or property because a court has ordered it. This is called “due process.”

But Mr. Hastert evidently took a much longer view of the situation than his media critics and scoffers. He was thinking far beyond the current situation of a Republican president and a Republican Congress. Speaker Hastert and Speaker-wannabe Nancy Pelosi agreed because both could probably foresee nasty political problems proceeding from a Jefferson-raid precedent. Letting a president get the idea that all he needs is a friendly judge to issue a warrant, so he can raid the offices of legislators who disagree with him, would be a very dangerous development.

A president’s misuse of law-enforcement powers are justly feared. Liberals like to brandish Richard Nixon as Exhibit A, but he actually did little in this vein. Mr. Clinton was the true exemplar – using the FBI to bring charges of incompetence and possible criminal activity as a pretext for firing the director and members of the White House Travel Office. (A court later acquitted Director Billy Dale of all charges, but he was still out of a job.) Clinton staff also saw hundreds of FBI files on Republicans. Although Republican leaders complained, no charges were brought for the breach of privacy involved. Charles Colson, a former top advisor to President Nixon, wryly noted that he went to jail for mishandling one FBI file. But the shoe was on the other foot then – a Republican president and a Democratic Congress.

Alarum bells sounded in the Congress for another reason when the FBI hit Mr. Jefferson’s office. A federal court was in on the raid, too, since a federal judge had issued the search warrant. This was a twofold breach of The Compact, which is an unwritten agreement between the federal government’s three branches to stay out of each other’s hair and not try to strong-arm each other. With few exceptions it was honored for most of the last century.

The president has vast enforcement powers at his disposal. If he chose, he could harass judges and congressmen, via the IRS, the FBI, the INS (remember the illegal nannies scandals?) and the SEC, to make sure those branches follow his political wishes. Nothing beats an IRS audit – or the threat of one – to make a judge or congressman see the “right path” on some issue. In myriad ways the president could use his powers to “persuade” the other branches.

Even the media could probably be brought round to the president’s point of view via pressure applied at the right time, in the right places. Does anyone recall how the Obama DoJ spied on Fox News reporter James Rosen in 2010, collecting his telephone records, tracking his movements in and out of the State Department, and seizing Rosen’s personal emails? That the executive doesn’t generally do this is a testimony to the strength of The Compact. Presidents often quarrel with the media, as Mr. Trump is doing now, but it’s usually just a war of words. 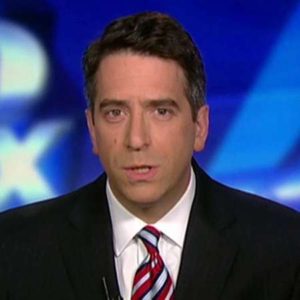 On occasion, Congress has tried to control the president directly. In 1868, Congress passed the Tenure of Office Act (over the president’s veto) to keep Andrew Johnson from removing cabinet members without approval of Congress.  Mr. Johnson had “inherited” his cabinet when he assumed the presidency after Mr. Lincoln’s death. The Republican Congress did not trust him because he was a Southerner.

Noting that the Constitution endorsed no such congressional control of the president, Mr. Johnson thumbed his nose and fired Secretary of War Edwin Stanton. The House impeached him for violating the TOA, but the Senate failed by a single vote to convict him. The Supreme Court – which might have defused the whole situation – waited until the smoke cleared before ruling that Congress had no authority to limit the president’s control over his cabinet, except as the Constitution specifies.

The Congress is constitutionally empowered to limit the Supreme Court’s purview, but rarely does it. Some commentators (including this one) believe Congress is reluctant to fight with the Court – just in case the Court might retaliate by trying to control what the Congress does (and how it does it). “Let sleeping dogs lie” seems to be Congress’s motto with respect to the Court. Thus, Congress has stood by as the courts have monster-mashed across American society – trashing important symbols of our culture and elevating deviancy to protected status.

The president and the courts have mostly avoided confronting each other since FDR openly threatened the Supreme Court with his 1937 forced-retirement/court-packing plan. FDR’s ploy went nowhere with Congress, but it did eventually spook eight of the nine sitting justices into retiring (or dying). No president has come close to FDR’s record of eight SCOTUS appointments.

Lately, the courts have become friskier – infringing on the president’s powers to wage war and control immigration, and even grandly ruling that a prayer is still “permitted” at his inaugural ceremony. (Mr. Bush must have known that the latter ruling was entirely superfluous, but he withheld comment.) Flushed with its growing power, perhaps the Supreme Court has forgotten that a president can enforce (or not enforce) the Court’s rulings, essentially at his discretion. Presidential refusal to enforce a ruling would be a radical – perhaps long overdue – action to rein in the Courts. Today, it would provoke a constitutional crisis. Perhaps to fend off such a challenge the Supreme Court has reversed most lower-court rulings which attempted to micro-manage the president’s governance.

When Speaker Hastert protested the Jefferson-raid, Mr. Bush quickly backed down – ordering all evidence seized by the FBI to be sealed for 45 days. That action seemed to be Mr. Bush’s admission that he had violated The Compact and was attempting to make amends. But District Court Judge Hogan, who issued the warrant to search the congressman’s office, made no similar gesture (to my knowledge).

As things stand, The Compact has been broken in a new and important way. Only time will tell if Congress will assume that it is now entirely cancelled with respect to the Judicial Branch. Perhaps a new power-struggle between branches of the Federal government wouldn’t be a bad thing. The people have grown restive under the Judicial Branch’s heavy hand, and some politicians are speaking darkly of a “judicial oligarchy.” Time to eliminate the bad blood and bring things back into balance. 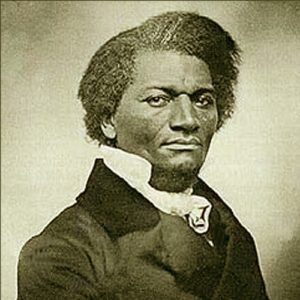 And, by Monday morning, DNC Deputy Chair, Minnesota 5th District’s Keith Ellison is in hot was with domestic abuse allegations, and the FBI fires Strzok after what, over a year of improper allegations? I’d bet more to come as payback for taking down Collins.

Hey, anybody wanna bet that Catholic Kimberly Guilfoyle will not be press secrectary for Trump soon? I say no more than 60 days.

Your example of a renter and landlord is wrong. A landlord always has the right to enter the premises of any property they own to inspect it. Not only do they have that right based on law, but it is written into the renter’s agreement. When you rent an apartment you have to realize that you are voluntarily giving up a certain level of privacy for the opportunity to live somewhere that you do not own.

Also, the Supreme Court case you are referring to was the McDonnell case, where the definition of “official acts” given to the jury was so overly broad, simply meeting with someone who had donated money to your campaign could be considered an official act. It had nothing to do with the FBI raiding his Congressional Offices.

So, why didn’t you just spell it out? You think the FBI taking down a corrupt Republican, Chris Collins, is payback for Trump going after the FBI. Why beat around the bush?

Not surprising is that you failed to mention Randy Cunningham along with Jefferson.

This wink and nod deal between congress and the FBI has been going on far to long. Lock em’ all up!

Republicans will most likely insist on the take down of a corrupt Democrat in exchange for the corrupt Republican take down. Give them it time to see who Republicans have on their crooked Democrat list that would be in Republicans best interest to throw to the dogs. Or, maybe a massive FBI budget cut is in the works?

Both partties have unwritten lists of corrupt members of congress of the other party, just waiting for the right time. And, after Collins, now is the right time.

That’s right – they’re all crooks. I read that – I think I wrote that.