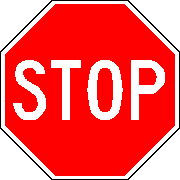 In a move designed to show unified opposition to the Senate Medicaid expansion plan, House Republicans will force an up-or-down vote on the Senate language on Thursday, General Assembly sources tell The Bull Elephant.

The House GOP leadership has not been cowed by threats from Democrats to force a government shutdown over Medicaid expansion. In a highly visible manifestation of this resolve during Thursday’s session, the House will vote down an amendment to the budget that mirrors the Senate version of Medicaid expansion, introduced last week by Sen. John Watkins (R-Powhatan).

The House amendment was introduced on Wednesday by House Appropriations Chairman Chris Jones (R-Suffolk), though Jones and nearly all other members of the House GOP caucus are expected to vote against it. We are told by sources close to the process that the vote is designed to allow Republicans to show nearly unanimous resolve on opposing any expansion of Medicaid at this time. UPDATE: The Washington Post actually beat us to this part of the story, here, with some additional details.

Unfortunately for Obamacare opponents, this vote will do little to stop Medicaid expansion. Though many GOP legislators have pinned their hopes on the Medicaid Innovation Reform Commission (MIRC) as “a bulwark against expansion,” this is not a view shared by the Governor. General Assembly members, including members on the Senate side, are awakening to the fact that the statute and budgetary language that established the MIRC did not strip the Governor of any power that office previously had to expand Medicaid unilaterally, pursuant to the executive’s purview over the state’s Medicaid plan. (See here and here for more detail on this). In fact, certain Senate Republicans are already arguing in favor of a deal on Medicaid by saying that the alternative—the Governor expanding the program on his own—leaves Republicans with no say in how expansion is implemented, as we predicted here.

How is this possible? The Governor will argue the MIRC’s authority to authorize expansion is not exclusive, and that as long as he’s spending federal money in a manner approved by the feds, state law already gives the executive branch wide latitude in managing the state Medicaid plan. In fact, the previous Governor wrote HHS Secretary Kathleen Sebelius (after the MIRC was established last year) that “the decision currently rests with me on whether or not to expand.”

Clearly, solid opposition from Republicans makes any unilateral expansion by the Governor politically difficult; given his druthers, the Governor would almost certainly prefer the legislature to present him an expansion package rather than having to force one himself. However, the Governor will have plenty of arrows in his quiver if/when the time comes. More on that at a later date.

As we say, stay tuned.

[…] DOES NOT give MIRC gatekeeper authority on approving expansion. In fact, this is why Gov. McDonnell continued to say he had the authority to expand Medicaid on his own, even after the MIRC was […]

[…] budget hangs in the balance, with the ever-present “nuclear option” threat that the Governor could expand Medicaid on his own if the legislature refuses to act. Hence, we should not be surprised if, as Norm Leahy remarked, […]

Reply
It is Time for the Mechanicsville TEA Party to put on their Big Boy Pants | Virginia Right! February 25, 2014 at 1:27 pm

[…] And now, just to redouble their “cover your butt” legislation, another bill is pulled out to give them more deniability. Susan Stimpson, th eformer Lt. Governor candidate exposed them here and Steve Albertson had this to say. […]