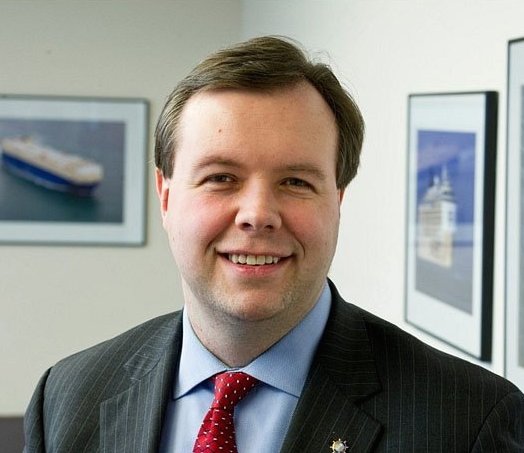 Or, “Learning to Love our Establishment RINO Overlords.”[read_more]

Just kidding! Relax. First, this isn’t an endorsement (despite the click-bait headline). Instead, it’s a comment on what we should be as a Republican Party.

My friend Brian Schoeneman is running for the GOP nomination to become the next Fairfax County supervisor from the Sully District. A lot of ink has been spilled lately in strident opposition to that candidacy, and in reaction to that opposition.   Much of that ink (metaphorically speaking) has come from the pens of my colleagues here at The Bull Elephant.

Many say Brian has a very high opinion of himself and isn’t afraid to show it. They would be right. 😉 But I have found him to be genuine, intelligent, and charitable, and think he is a sincere and good person who wants to serve.

Regardless of your opinion of him, it is hard to deny his uncanny knack for getting under the skin of his opponents, and for inspiring heated rhetoric. This is a talent he’s honed for years as a GOP establishment iconoclast, tweaking his more conservative opponents in dozens of “flame wars,” gaining notoriety in an unsuccessful bid for a House of Delegates seat, and later with a controversial role on the Fairfax County Electoral Board during 2013 Obenshain/Herring recount. (I criticized his actions here).

The thing about Schoeneman, though, is that he’s honest about who he is and what policies he favors. He deserves respect for that, and for his willingness to serve and engage in open debate.

Once, when a reader challenged his conservative bona fides in the comment section of a blog post, Brian responded that he never claimed to be a conservative, only a center-right pragmatist. In his current race, for example, he’s voiced opposition to repeal of the business, professional, occupational license (BPOL) tax in Fairfax—an apostasy to Virginia’s anti-tax warriors.

Clearly, that’s not the way to endear oneself to hardcore conservatives. Then again, he’s not running for Chairman of the local Tea Party, either. He’s running in Fairfax County, where his brand of Republicanism unquestionably has more appeal than it does in most other parts of the Commonwealth.

And guess what? We have room for that in our Party, and room for the vigorous, honest debate that Brian Schoeneman delights in engaging. If he were dishonest and, say, claimed to be a fire-breathing conservative while running away from a record to the contrary, it would be a different story altogether.

Does that mean I agree with Schoeneman? No, not on much, but at least I know where he stands. More importantly, I know that come November, we’re both going to cast our votes for the same candidates.

And that’s what it takes to build a political party. Fight it out on honest disagreements in the nomination contest to see who best represents the Party in that time and place. Then pool our strength to win in the General. Rinse, repeat, and learn from our mistakes. (Bonus points if you can do it without any of the vitriol from various quarters that has characterized this race).

I always urge fellow Republicans to adopt the Buckley Rule and vote for the most conservative candidate who can win against the Democrats.

Brian Schoeneman is probably not the most conservative candidate, and, quite honestly, he’d likely not get my vote if I were in the district. (Sorry, Brian!) But I bet at least a decent number of Sully Republicans will decide that he’s conservative enough, and that he can win.

If he does, he’ll have my full support in November.

In the meantime, good luck to him and to his opponents, John Guevara and John Litzenberger. I can’t wait for this race to be over!