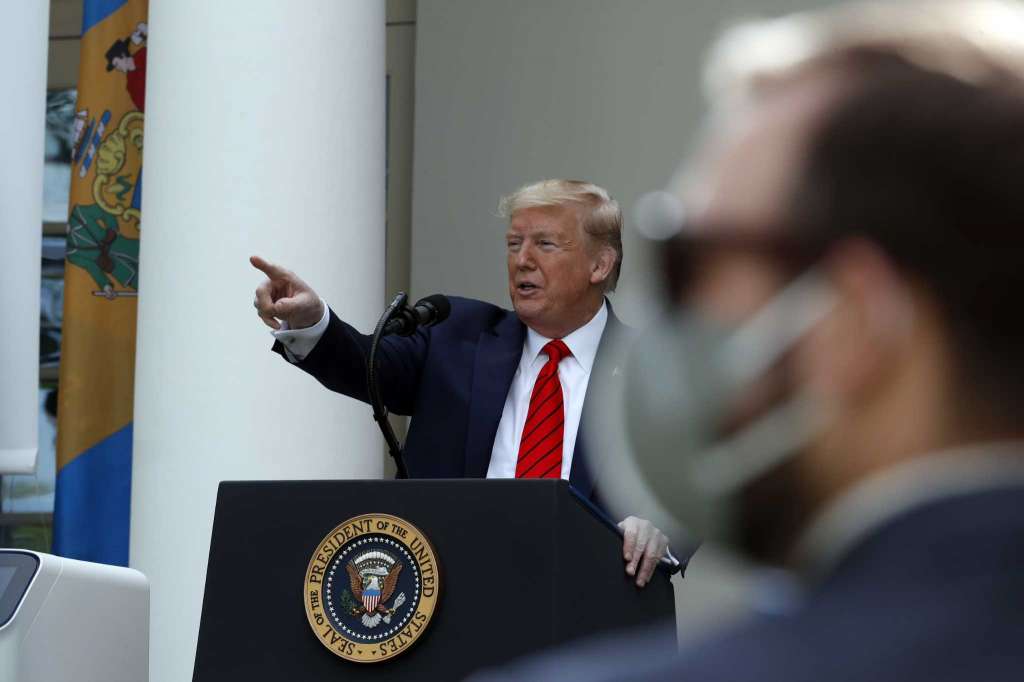 We are, it seems, doing things based more on emotion than science, pushed on us by scientists.

After writing about the Wuhan Coronavirus and the catastrophic fallout from the worldwide deaths and the ruinous economic shutdowns for months, I’m wondering if some of the extraordinarily powerful lessons the crisis has exposed are scored in the minds of average citizens in the United States and Europe.

The first lesson, to my mind, is how broken and politicized the scientific “industry” has become in the western world – especially in the last thirty years. We’ve just been given a proper schooling, no?

If there is one refrain that the radical socialist left, formally known as the Democrat Party, love, it’s the charge that conservatives, traditionalists, Republicans, and now, specifically President Trump, don’t “believe in science.”

Of course, that charge coming from people who argue that chromosomes don’t determine one’s sex is ironic. Anyway, it’s a well-honed methodology used by radicals intentionally, to project on their enemies what they actually practice. (See Rules for Radicals.)

The media-entertainment complex and its subsidiary political party are now in a coordinated, full-throated attack mode claiming that the President and conservatives generally “ignored the scientists and experts.” They reacted too slowly to the virus, and they are now ignoring the “science” and reopening the economy too soon.

We are swamped with articles and essays from various quarters that fuel the mantra that President Trump has “the blood of thousands of Americans on his hands – he ignored the science!” As I’ve noted in previous articles, the sources are often unnamed or completely unknown “experts” who supposedly warned very early that a pandemic was on hand. They are characterized as being ignored, without any evidence that their predictions made it out of their own office or agency,  much less to The White House. And their current complaints are never examined.

This week, typical of much of the so-called reporting, David Welna typed up talking points for NPR (listen here for audio portions). He quoted an “expert,” Christopher Murry, the director of the Institute for Health Metrics and Evaluation at the University of Washington (IHME), claiming that, “Back in March, I did not think this would be possible — I was not expecting 100,000 [COVID] deaths.”

Really? Wasn’t it the IHME model that was cited by White House Coronavirus Task Force member Dr. Deborah L. Birx at a March 26th news conference to dispute the “exaggerated” death projections coming from other modeling? Why, yes, it was. The IHME model showed “only” 200,000 deaths without mediation. So why wouldn’t Mr. Murry expect 100,000 deaths, if his own institute’s model predicted 200,000 deaths?

Mr. Murry continued,”I really believed we as a nation would have taken the decision to put in place social distancing and accepted the economic hardship that it’s creating and that we would have stuck to it to get transmission down to a very low level.” Evidently Mr. Murry, unlike 40 million Americans, is working.

One of the authors, another “expert,” of a new Columbia University study quoted by Mr. Welna, stated that “There would likely not be a hundred thousand coronavirus deaths in the U.S. today if social distancing and stay-at-home measures had been adopted earlier.” He went on to claim that had measures gone into effect only a week sooner, nearly 36,000 deaths would have been avoided.

Again, really? Since not one single computer model of the pandemic used by the federal government was correct, what would lead anyone to believe a new model can reasonably conclude how many deaths might have been avoided? It’s a political contention pretending to be science. It’s logically inconsistent and lacking empirical adequacy, as a scientist might say.

A quick survey of the “scientific” evidence on prevention methods such as social distancing, sheltering-in-place, and masks reveals that there is little to no data or empirical evidence to support the efficacy of any of these methods. However, many doctors question the effectiveness of all three. (If social distancing is so critical, why can a Walmart be packed, yet mom and pop businesses must be closed? Why are “at home” deaths most common? And if a mask is so effective, then why social distancing?)

[As a point of order on the continued assertion that the President was too slow and ignored the “science,” on March 12th, Dr. Anthony Fauci and Dr. Deborah Birx, confirmed that they presented the “science” to President Trump in the White House, using various computer “modeling” programs that all showed between 1.2 and 2.0 million deaths in the U.S. without “mitigation.”

To use Dr. Fauci’s own words, “The first [time] that Dr. Birx and I went in and formally made a recommendation to the President to actually have a shutdown [we] discussed it. Obviously, there would be concerns by some [nonetheless] the President listened to the recommendation.” The next day President Trump, following the “science,” declared a national emergency.]

We are, it seems, doing things based more on emotion than science, pushed on us by scientists.

The left doesn’t give a flip about truth; they care about power. So whether the “science” is real or not is irrelevant. The question is always, “how can science be used to advance the cause of socialism?” House Speaker Nancy Pelosi (D-CA) and likely presidential candidate Joe Biden, among other leftists, have publicly stated that the COVID crisis is a tremendous opportunity to “restructure things to fit the progressive vision.”

Weaponizing science for politics may not be a modern problem, but it’s never had such a direct pipeline of raw cash and influence into the scientific industry.

Broken science and corrupt politics. What a pair.

Perhaps the COVID crisis will arouse the public concerns about the “climate change industry,” which uses the same format of computer modeling to predict the climate decades from now. Yet, ranging over the past decades, from the University of East Anglia’s debunked models to NASA and NOAA manipulations of data used in climate modeling, among many examples, we see the same pattern as we have in this pandemic. There is no logical reason to believe any of the computer models on climate change are correct. There are many reasons to think they’re not.

Before spending untold trillions of dollars and turning life upside down on the say-so of a computer model, we might want to think about this a wee bit  more.

Broken Science and Corrupt Politics was last modified: May 29th, 2020 by Michael Giere