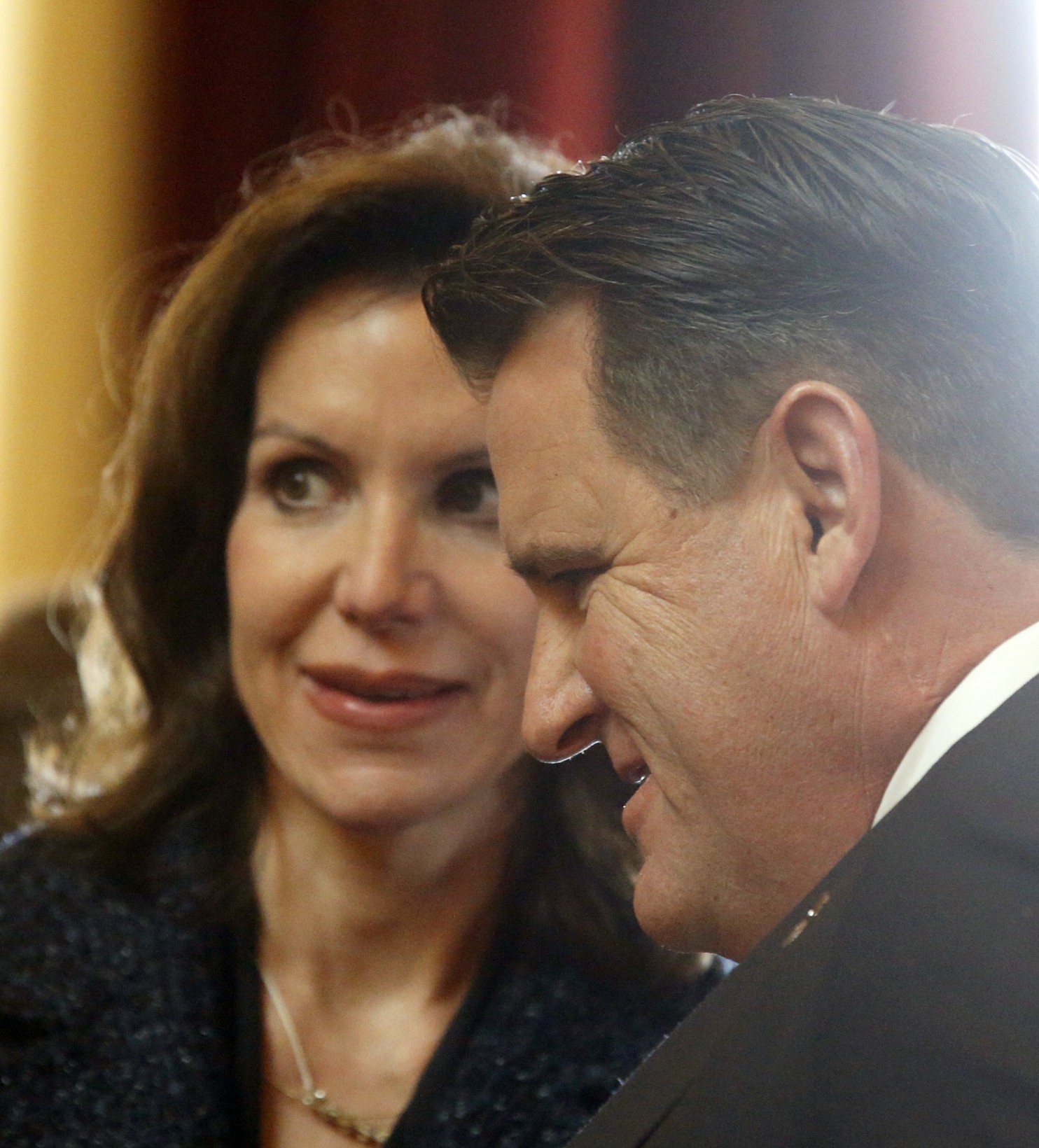 Candidate for Lt. Governor Bryce Reeves has hired a well known defamation attorney, Elizabeth M. Locke.  In a letter to his opponent, Jill Vogel, Locke urged Vogel not to destroy any computer or cell phone records that might be linked to the anonymous emails sent to friends of Reeves accusing him of having an affair with an aide. We previously reported on it here.

Locke has also urged Vogel to allow her cell phones and computers to be investigated by a third party forensic expert.  Vogel has denied the emails came from any of her devices but continues refused an investigation.

“It’s been 32 days since Bryce offered to help pay for the Vogels to have their electronic devices forensically tested by an independent, third-party investigator. All of this could have been resolved a month ago, allowing everyone to move on, but the Vogels still have not acknowledged or accepted his generous offer.”

Elizabeth Locke is also representing the Virginia Citizen’s Defense League (VCDL) against Katie Couric for her misrepresentation of the group.  When a former UVA  dean sued  Rolling Stone magazine over their fake story about a gang rape at the University, the dean hired Locke and she won the case.  Bryce Reeves has pulled out the big guns with Elizabeth Locke.

Yes Bryce isn’t giving up because as his polls tank along with fundraising he is hanging on to this issue.

At the end of the day I believe you will find the source of the email is in Bryce own backyard.

I’m still trying to understand how Google’s Two-Factor Authentication could be so easily compromised/hacked on Alex’ phone.

Does Google know they have this vulnerability?

Ummmm………I wonder how that happened?!

According the google docs that Reeves provided, There was no authentication/verification.

Alex Vogel’s number was associated with the account during sign up but there was no verification from Alex’s phone.

Yes, there was. Verification for the new google account came from Alex’s phone. http://thebullelephant.com/exclusive-details-emerge-around-vogelreeves-email-flap/

nope — the Google document doesn’t do that at all. in fact, if you read the doc? it’s SMS — not SMS authenticated or SMS verified.

…which undermines that half of the argument entirely.

Ok, Alex’ phone was used to create the account but not verified by that phone?

How did the account get created? I can’t create a Gmail account without providing a phone that receives the confirmation text — that IS two factor authentication.

Did somebody figure out a way to bypass Google security AND Alex’ phone?

Recieving a text is not verification. Responding or entering the verification code is. That is what is missing from the google docs.

It varies by IP. Google requires full verification from some IPs, but not most.

Plenty of people have been setting up fake gmails without phone verification. Shuan Kenney has demonstrated this multiple times on his Facebook.

Bryce Reeves has repeatedly falsely presented the “verification” as fact. Reeves is a bit of a dim bulb so he should get the benefit of the doubt, he probably doesn’t understand how weak his evidence is.

So Alex created the account without his phone getting the confirming text?

Please explain how this works as I just tried creating a gmail account without giving it my cell phone and getting a text authentication number G-xxxxxx.

How would somebody else know, know how, and be able to get the authentication number from his phone?