The sudden retirement of Sen. Phil Puckett (D-Tazewell) has apparently provided the impetus for pro-Obamacare Senate Republicans to agree to pass the House’s budget without the so-called “Marketplace Virginia” elements that would have expanded Medicaid. 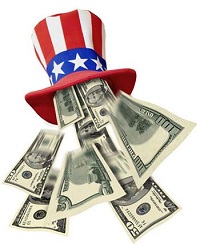 Things sure have moved fast since news broke of Puckett’s departure from the Senate. There were quick denunciations and accusations of felony crimes against those connected with the deal Puckett appears to have made with some House Republicans. Then there was the walkback from tobacco commission chairman Del. Terry Kilgore (R-Scott), who canceled the meeting at which he apparently intended to give Puckett a job and a healthy pay raise. Later, Puckett said he was no longer considering taking a job at the tobacco commission.

But at this point, that’s all a sideshow. The bigger news is that all 20 Senate Republicans and one Democrat, Chuck Colgan (D-Prince William), have joined together to call the Senate back into session at the earliest possible time allowable, this Thursday. The majority shift to the Republicans that was facilitated by Puckett’s resignation appears to have broken the logjam on the budget, as all three of the Senate Republicans who support Medicaid expansion, and possibly also Colgan, appear set to vote for the House budget stripped of the Marketplace Virginia amendments added by the Senate. And there’s more. The Times-Dispatch is reporting that Hanger expects a truly bipartisan breakthrough:

Hanger said Senate Democratic Leader Richard L. Saslaw, D-Fairfax, agreed late last week to allow the House budget out of the Senate without the marketplace plan and advance a separate proposal to overhaul the powers of the Medicaid Innovation and Reform Commission and provide â€œa path forward on expansion.â€

It appears, then, that Hanger is going to pursue his earlier compromise proposal without waiting for agreement on the Medicaid expansion side.

Good for him. Getting a budget passed is much more important.

Steve, could you give us the percentage of increase in this budget vs. the last budget?

Isn ‘t this the McDonnell budget?

Reply
The Virginia Medicaid battle is suspended, but not over | Virginia Virtucon June 10, 2014 at 7:13 am

[…] Based on theÂ Richmond Times-DispatchÂ report, a budget deal is in sight (viaÂ Bull Elephant): […]

Reply
The Virginia Medicaid battle is suspended, but not over | The right-wing liberal June 10, 2014 at 7:13 am

[…] Based on the Richmond Times-Dispatch report, a budget deal is in sight (via Bull Elephant): […]