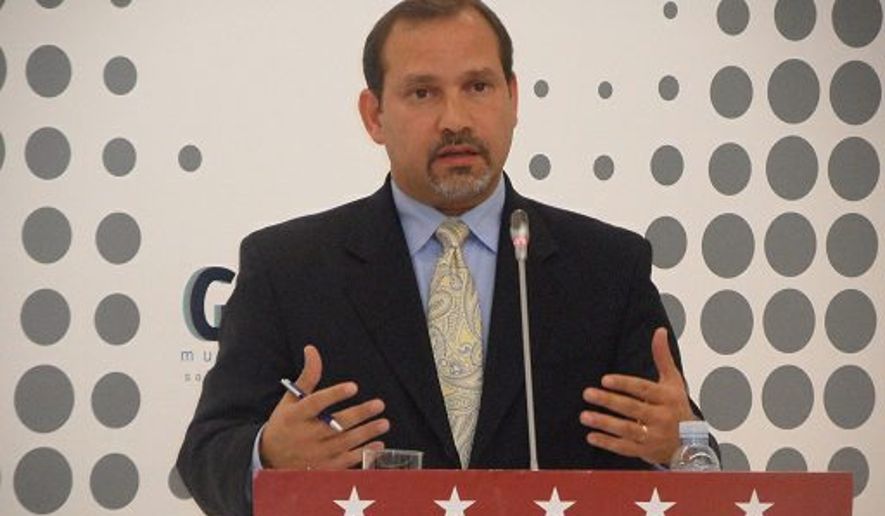 Like so many others, I enjoyed seeing old friends and making new ones at this weekend’s Republican Party of Virginia Advance.  But as I made my way around, talking to my fellow Republicans about the future of our party and our solutions to the challenges facing Virginia, I realized that we have a lot of work ahead of us.

Virginia is changing—both demographically and economically.  For the first time ever, more residents were born out of state than in. Minorities make up nearly 30 percent of the state’s population – a figure that’s growing rapidly. Virginia is projected to be “minority-majority” by 2030 and by 2040 Hispanics will be 18.6% of our population.  However, today only a miniscule number of minorities hold elective office or positions of authority in our government entities at the state and local levels.

At the same time, increasing numbers of our fellow Virginians are feeling the effects of an economy that hasn’t grown much in years.  Virginia children and teens living in poverty rose to 15.7% in 2013 from 13.8% in 2008.  A quarter of Virginia’s working families fall below 200% of the federal poverty rate.  Unless you’ve been there, it is hard to describe the panic, anxiety and distress that working families feel when they don’t know if they will be able to pay their bills or where the next meal will come from, let alone pay for their kids’ education.

Millions of our neighbors feel left out or left behind and are looking for leaders who will focus on the issues that matter to them.  In the 2012 presidential election, 21% of voters said the most important quality in the presidential candidate was that “He cares about people like me” – Obama won that group with 81%.

This is a long-winded way of saying that our party has failed to keep pace with the changes around us. And the results speak for themselves. We haven’t won a statewide election since 2009.  If our party hopes to win in 2016, 2017 and beyond, we must engage minority and economically challenged communities in a substantive, ongoing way in order to hear their concerns, describe our vision of a more prosperous future and emphasize our shared values. We must focus on results-oriented solutions that improve people’s lives.  The question is how?

There is no shortage of theories and no silver bullets. But from the perspective of a Hispanic who was raised in poverty by a single mother in the streets of Brooklyn, there are some basic essential steps we can take.

It starts with showing up and not just during election season. Right now, the truth is that Republicans just don’t go into the communities that are in most need of solutions that are pragmatic, job-focused, and family-oriented—in other words, the types of solutions we advocate.  We should not be afraid to visit African American churches, Hispanic bodegas, Asian neighborhoods or lower income communities.  We must participate, listen to, and engage with these communities 12 months out of the year and not just as part of a campaign “coalitions” effort. Fortunately, Ed Gillespie broke down barriers during his 2014 campaign. In 2015, House Republicans ran the most diverse slate of candidates in recent memory and I was proud to be part of that group. We have to build on this progress in 2017.

We also need to learn to talk about the issues in practical terms.  These communities care about the same issues as everyone else, but they also expect candidates for office to talk about solutions to kitchen table issues that impact their daily lives.  Although I am a former chamber of commerce chairman, I know that it’s not enough to engage corporations, industry leaders, and special interest groups about high-level, often esoteric policy prescriptions. We must describe to voters how our approaches will result in more jobs and higher take home pay, less traffic, safer neighborhoods, and better education for our kids so they have even greater opportunities to succeed.  And as former chairman of the Virginia Board of Workforce Development, I know how important a quality education and meaningful workforce training are to ensuring access to a good paying job.

And most importantly, we need to demonstrate that we have genuine compassion, love, respect and understanding. While these communities are critical to our party’s political success, that cannot be our motivation for engaging with them. We should offer our ideas and solutions because we sincerely care about our fellow citizens. We need to talk about the struggles of the working poor, and how our ideas can lift people out of poverty. Sadly, the truth is right now, most minorities and many struggling families don’t think that Republicans care, let alone have the ability to understand.  We have spent considerable energy speaking to people’s fears, angers, and desperations; but we do better when we speak to their hopes, dreams and aspirations.

Our party would also be fooling itself if we continue to pretend that our problem is one of messaging alone. In recent years, we’ve simply failed to live up to Reagan’s standard. We haven’t turned our principles into commonsense solutions that resonate with the public. We have allowed the left and their ideas dominate the public discourse. We have rightly held our ground, but in the battle of ideas we should be on offense, not defense.

There is a lot to do between now and 2017. In the meantime, we need to focus on re-electing our Congressional Delegation and electing a Republican president in 2016.

I have been a Republican my entire adult life and was proud to run for office as such.  As I consider my options to contribute in the future, either as a community leader or candidate for office, including Lt. Governor in 2017, I know it’s time for us to turn the page. It’s time to restore our party to its founding principles and its ideas, so we can restore our Commonwealth’s future.

Should I run, my campaign would be about ideas and solutions that would yield tangible results. It would be about taking those ideas and solutions to the communities that need them the most. And it would be about broadening our party’s appeal at a critical juncture for its future. We need to take our message to communities that don’t give us a second glance right now. We need to frame that message around outcomes that matter to real people. And we need to demonstrate that we are compassionate and ready to help provide every citizen with a brighter future.

Raul “Danny” Vargas is a noted business and community leader, accomplished media commentator, and national political analyst. A veteran of the U.S. Air Force, Danny is also the Founder and President of VARCom Solutions, a nationally-recognized, award-winning marketing communications, technology and management consulting firm. He is a regular media commentator in both English and Spanish, appearing on Fox News, CNN, MSNBC, Univision, Telemundo, PBS and many more. He has been dispatched by the U.S. State Department to various countries to appear in the media and in forums discussing the U.S. political process.