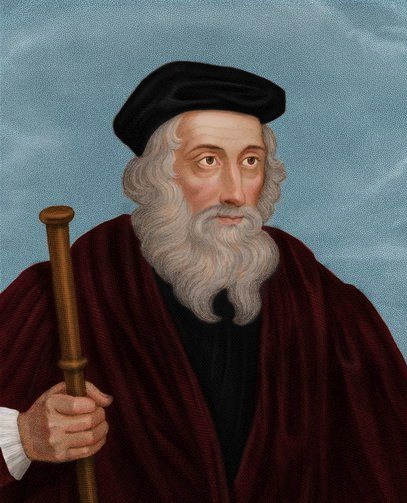 In September 2004, just weeks before the presidential election when President George W. Bush would run for a second term against Senator John F. Kerry, CBS reporter Dan Rather came forward with documents which allegedly showed that Mr. Bush had disobeyed a direct order from a superior during his 1972-’73 service in the Air Force National Guard. The accusation was that the young Mr. Bush – known as something of a ramblin’ wreck in those days – had evaded military discipline for his disobedience because of his family’s position.

Hallelujah! This was it! Even well before Big Media’s had declared all-out war on Republicans, it was a media dream come true. (Remember – media’s main interest is conflict, not truth.) Reporters and news editors split their britches leaping into action when this dramatic evidence hit the wires. “We’ve got him now!” was the word in newsrooms, nationwide. A BBC reporter was heard saying, “E’s ‘ad it for sure.”

But the celebrating was premature. When copies of the letters were published, sharp-eyed computer-jocks – presumably wearing only PJs and slippers – quickly noted that the documents’ typeface was a font not available until the advent of computer word-processors, years later. The letters were, in fact, elaborate fakes. Mr. Rather tried valiantly to defend his evidence by claiming that the letters were factually correct, even if they were not “best evidence,” but even his media pals gave that claim the horselaugh. Mr. Rather was toast (CBS fired him) and so was his “evidence.” Mr. Bush went on to win decisively.

After Mr. Bush’s close brush with “fake evidence,” Republicans forgot all about the tactic. But Democrats did not. During the election of 2008 they used it effectively against John McCain’s attractive running-mate, Sarah Palin, by making all kinds of spurious claims about stupid things she allegedly said. These included a widely believed claim that she had said she could see Russia from her house – a line actually taken from a Saturday Night Live spoof in which actress Tina Fey played a ditzy version of the Alaskan governor. Ms. Fey’s outrageous depictions succeeded in convincing millions of voters that Miss Palin was just an airhead who should not become vice-president.

In 2008, Democrats smeared Republican candidate Mitt Romney with false claims that he had:

The charges were untrue, but they made large numbers of voters believe that Mr. Romney was a heartless rich guy who cared nothing for the welfare of others.

The Democrats’ fake evidence machine, however, was just gearing up for the Big Event. From the moment in June 2015 when Donald Trump rode down the escalator with his beautiful wife to announce his candidacy for the presidency, Democrats and Big Media (but I repeat myself) fired salvo after salvo of smears and lies at this trash-talking New York upstart to try to derail his campaign and wreck his presidency.

First we had the Russia “dossier,” leading to the two-year Special Counsel Investigation which came up empty. Then the Impeachment, charging that Mr. Trump tried to strong-arm the president of Ukraine into doing something illegal, although it was never clear what. That attempt died in the Senate.

Finally, the COVID pandemic showed Democrats a way to crash the booming economy and blame Mr. Trump for all the deaths and joblessness. And when even that ploy didn’t seem to be working, Democrats used massive mail-in voting to throw the election Mr. Biden’s way. After nothing else had done the trick, good old-fashioned election-fraud dumped Trump. They finally got him.

But just defeating Mr. Trump – by means that even a child could recognize as crooked – wasn’t enough for FDR’s fabled party of the “common man.” They had to brand him as an evil enemy of the nation. They had to destroy him. This obsession grew into a repetition of an infamous historical event which lies buried in history books that no one opens any more.

In the late 14th century an Oxford Don named John Wycliffe became convinced that ordinary people should be able to read the Bible in their own language. To this end he tasked his students with translating the New Testament from the Latin Vulgate into the English vernacular of his time, which modern literature students know as Middle English (or Chaucerian English).1

Only educated people of Wycliffe’s time could read the Vulgate, which had been produced by Jerome around the year 382. Wycliffe’s students completed translation of the entire Bible2 after his death in 1384. His vision and oversight, combined with his students’ inspired work, changed England in profound ways which continue down to the present day.

But Roman Catholic Church rulers were not amused. The Vulgate had been the Church’s approved version of the Bible for a thousand years, and its leaders saw no reason to change. Besides, they didn’t want just any yokels reading and interpreting Scripture on their own. Heretics like Wycliffe had to be stopped – preferably for good, in the customary Italian way.

Burning at the stake was the preferred punishment for Wycliffe’s ecclesiastical crimes, but the Church couldn’t get to him because he enjoyed the protection of Anne of Bohemia3, who became queen of England when she married Richard II in 1382 at age 16. As a girl, young Anne was a disciple of the Christian reformer Jan Hus. His teaching prompted her to use her influence with King Rich to prevent the Church from harassing or arresting Dr. Wycliffe.

Queen Anne kept the Church from torching Wycliffe, as they did Jan Hus in 1415. But clerical authorities were not about to let the wily prof evade “justice” just by dying of natural causes. In 1428, 44 years after Dr. Wycliffe’s death, they tried and convicted him of heresy. (The defendant was given the opportunity to testify, but he didn’t show.) Post judicium, church officials dug up Wycliffe’s bones, burned them, and scattered the ashes in a nearby river to finish the job they wanted to do while he lived. He was also declared ex communicant from the Church. (Whether that affected his eternal status is unknown.)

Meanwhile, back here in the 21st century, Democrats followed up their “victory” by denouncing Mr. Trump as a traitorous and wicked man who must never again be allowed access to the halls of power. They declined to investigate (or even recognize) the numerous instances of election fraud – declaring that those charges were merely instances of disinformation spread by Russian provocateurs.

State courts refused to hear dozens of electoral fraud lawsuits, and the U. S. Supreme Court rejected an entirely legitimate suit brought by the state of Texas against four states which had disobeyed their own election laws. Media mockers derided unhappy Trump supporters as “sore losers” who should shut up and go back to the Holiday Inn.

Political temperatures continued to rise as the day approached when Congress would count the Electoral College votes. Finally, after Mr. Trump called on his supporters to march on the Capitol, Democrats and their street-hoodlum allies saw their chance to discredit Republicans and destroy Trump, once and for all. Evidence is now emerging which shows that Antifa and Black Lives Matter agents, dressed as pro-Trumpers, infiltrated the marchers’ ranks, led a break-in of the Capitol, and unleashed their familiar tactics of violence, damage and disruption – battling the obviously unprepared Capitol Police and stopping Congressional proceedings.

All this was immediately labeled an “insurrection” by reporters, commentators and Democrats who had previously characterized six months of destructive leftist riots as “mostly peaceful” demonstrations by victims “whose voices needed to be heard.” Ahead of any clear knowledge of who the invaders of the Capitol really were, the bi-partisan political Establishment jumped in with both feet. They branded Mr. Trump’s speech as a traitorous act, and called for his immediate resignation or removal from office.

Twitter has now banned Mr. Trump for life from posting on its social media pages. And less than two weeks before Mr. Trump’s planned departure from the White House, Speaker Nancy Pelosi has announced that the House will move to impeach him on charges of treason, for inciting an insurrection. She says the new impeachment will include a stipulation that Mr. Trump can never again be elected to a federal office.

Meanwhile, insiders report that the Capitol Police knew of Antifa’s infiltration of the Trump marchers, but were ordered not to make any special preparations. Obviously, the fix was in to let Antifa and BLM spin the march out of control, so Mr. Trump would be blamed and finally destroyed. They couldn’t quite burn his bones, but a good riot would finish the job. Wycliffe would have understood perfectly.

This is not to say that Mr. Trump is comparable to John Wycliffe. Who is? Certainly no modern politician. But there is an eerie similarity between the Church’s burning of Wycliffe’s bones and Democrats doing everything possible to destroy Mr. Trump – even after they had finally defeated him in a crooked election – in order to show any other potential “outsiders” what they can expect, should they dare to enter the Establishment’s jealously guarded political temple.

How will all this turn out? Maybe not quite the way Establishment pols hope, if the experience of the Church in Wycliffe’s time is any guide. After roasting Jan Hus and burning Wycliffe’s bones, Catholic pooh-bahs probably thought they had taught any future “reformers” not to mess with the power and authority of the Church. But they were mistaken. A century after Hus it all went to hell in a handcart. (As Bible-translators might say.)

In quick succession the Church got Martin Luther, the Reformation, Luther’s German-language Bible, and the European religious wars. Then came the Anglican Church, the Great Bible, Pilgrim’s Progress, the King James Bible, English Christians’ permanent rejection of state-allied Catholicism, and transport of Protestant Christianity to English colonies in the New World. The reformers were unstoppable. They changed the world.

Just so, I believe the Establishment’s vicious stomping of Donald Trump will spawn an inspired resistance by a vast, diverse cadre of his followers. Possibly with Mr. Trump’s aid and sponsorship, new technical leaders will step forward to create new social-networks to replace those networks now censoring conservative conversations. In a few years, the entire information landscape of America and the world will be completely different.

Americans are a tough breed. Never count them out. This is only the beginning.