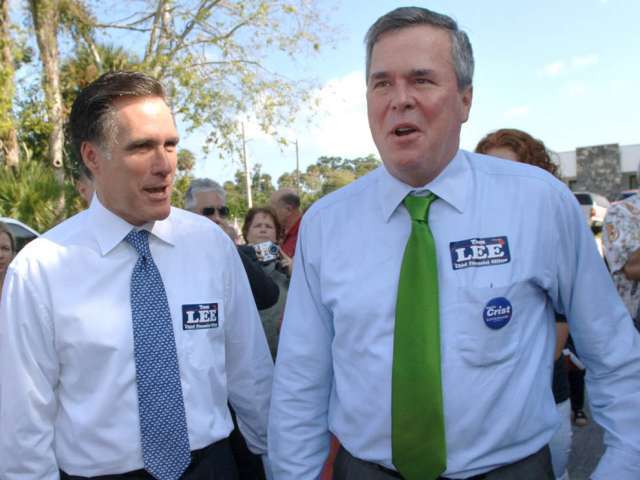 According to the Washington Post, Jeb Bush and Mitt Romney are sizing each other up as competitors for the Republican nomination in 2016. (Who would have thought we would have competitors named Mitt and Jeb? Why not more mainstream names like Bill, or John, or George, or Barack?)[read_more] Both Jeb and Mitt are former Governors, both moderate Republicans, and both very competitive. It’s no secret that both of the them would like to be President. Both are lining up potential donors.

“A Romney-Bush race could end up being nastier than Jeb against someone like Ted Cruz or Rand Paul,” Bill Kristol, editor of the Weekly Standard, said of the Texas and Kentucky senators. “A Cruz-Bush race is pretty straightforward and ideological. A Romney-Bush race would be more personal — about whose turn it is and who is owed it.”

Who would be your choice for the Republican nominee in 2016, Jeb or Mitt?  My choice would be ‘none of the above”.  Perhaps Rand Paul’s secret weapon will make a difference.

Interesting wedding pictures, Michelle and Barack Obama in 1992 and Ann and Mitt Romney in 1969.  Who’s got the class? (Yes, I know the pictures have nothing to do with this post. I just thought some readers might find the photos interesting as I did.) 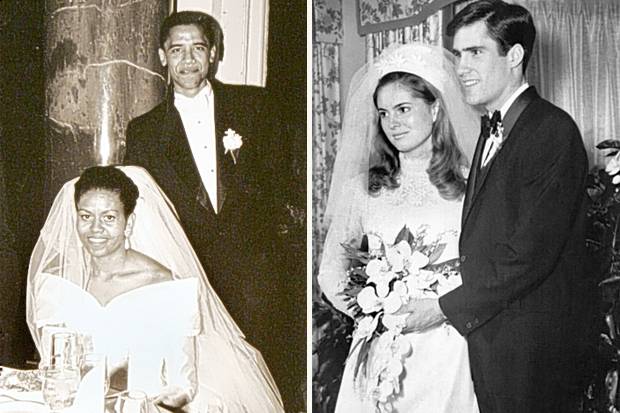