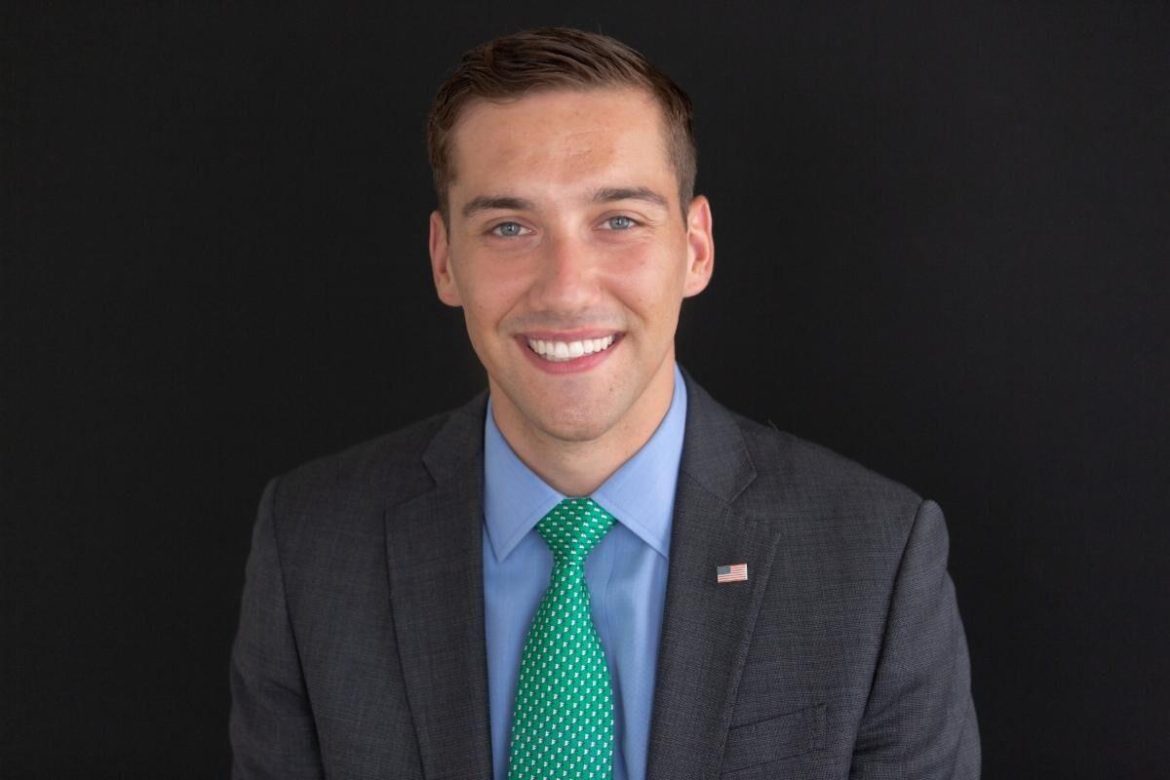 (Leesburg, VA) – Lifelong Loudoun County resident and business owner, Caleb Max today announced his candidacy for the Republican nomination for Congress in the 10th Congressional District.  Max, recently recognized by the Loudoun Times 40 under 40 as a business and community leader, founded one of Western Loudounâ€™s largest landscaping companies and is the grandson of former US Representative Frank Wolf who served the 10th Congressional District for 34 years, having been first elected in 1980.

â€œThere is a need in Washington today for a new voice for the 10th Congressional District.Â  Jennifer Wexton is a Pelosi – Biden Democrat that wants an ever-expanding, over-spending Federal government, without regard for our already massive national debt.â€ Max stated.Â  â€œMy campaign will be focused on Country, Community and Common Sense. Country is ensuring that the United States remains an economic and military leader that stands as a beacon of hope for freedom seeking people around the world. Community is supporting the growth of the Districtâ€™s dynamic economy and many small businesses and local organizations, which are the foundation of our society. And Common Sense is an understanding that we cannot continue with the fiscal irresponsibility of the past and must make the hardworking families of this district our main priority again.Â  Working Americans are suffering from the highest inflation rate in decades.â€Â Â Â Â

Caleb Max started his commercial and residential landscape business as a teenager (Calebâ€™s Country Services, Inc.) and rapidly expanded the company to managing over 500 properties throughout Loudoun, Fauquier, Clarke, Fairfax and Prince William Counties.Â  Max continued his entrepreneurial activities with the purchase of the Pica Deli in Reston and the establishment of his home, a 40 head cattle beef farm, in Round Hill.Â  He grew up as an active member of 4H in Loudoun County and is a member of the Virginia Farm Bureau and Blue Ridge Cattlemenâ€™s Association.

â€œI have experienced the ups and downs of building small businesses.  Soon after purchasing the Pica Deli at the beginning of 2020, COVID hit and sent my small business, like many others, into a downward spiral.â€ Max relayed. â€œI felt first-hand the governmentâ€™s ineptitude in handling the crisis. This was another motivation for me to run and ensure that the government gets out of the way of business owners and provides greater opportunity for us to innovate and create the high paying jobs so many Americans are looking forâ€.

Like his grandfather, Caleb Max is passionate about the international human rights movement. He founded a national, bipartisan  non-profit organization called the Athenai Institute and joined in starting Stand Against Chinese Communism (SACC).  Both organizations are working to eliminate Chinese Communist Party influence on our college campuses.  Max has taken a specific interest in fighting the genocide of the Uyghur Muslims and recently was recognized by the Virginia Muslim Association for his assistance to the Afghan refugee and Muslim community after President Bidenâ€™s botched and deadly withdrawal from Afghanistan.

â€œI look forward to standing up to the Biden Administration and Jennifer Wextonâ€™s failed policies, which are hurting every working family in the 10th Congressional District.Â  As the Republican candidate, we will win in November, flip the House of Representatives from blue to red, and put government back to work for the hardworking families and business owners who call the 10th District home.â€