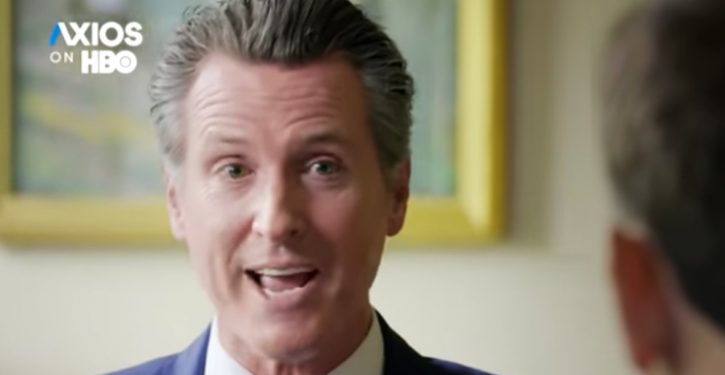 California’s legislature is mandating racial quotas for corporate boards. “Experts say” that “runs afoul of constitutional principles,” according to the Wall Street Journal. “New legislation passed over the weekend would mandate that publicly-traded companies headquartered in the state must have at least one director from a minority community by the close of 2021. There are more than 500 public companies based in California in the Russell 3000, which accounts for the vast majority of companies.”

The legislation is indeed unconstitutional. The bill, AB-979, is described as promoting “racial diversity.”

But racial quotas are forbidden as a means of pursuing diversity, even in the unusual contexts where an applicant’s race can be considered to promote diversity.That’s what the Supreme Court ruled, when it struck down a racial quota in college admissions. It ruled that violated both the Constitution, and 42 U.S.C. 1981, which bans racial discrimination in public and private contracts. (See Gratz v. Bollinger, 539 U.S. 244, 276 n.23 (2003)).

Moreover, corporate boards are not an area where diversity justifies the use of race, at all. Most courts say that in employment, as opposed to college admissions, diversity is not a reason to consider an applicant’s race. An appeals court struck down a federal diversity regulation imposed on broadcasters for that reason, finding it unconstitutional. (See Lutheran Church — Missouri Synod v. FCC (1998).

Another appeals court ruled it violated the Civil Rights Act to make layoff decisions based on race in order to maintain “diversity.” (See Taxman v. Board of Education (1996)).

The fact that minorities may be underrepresented on corporate boards doesn’t prove discrimination. The Supreme Court said underrepresentation isn’t the same thing as discrimination in striking down the City of Richmond, Va.’s racial set-asides in government contracts. The city had preferred blacks in contracts in response to blacks being 50% of the city population, yet getting only 1% of city contracts. The Supreme Court said that that disparity wasn’t, by itself, proof of discrimination, in its ruling in Richmond v. J.A. Croson Co. (1989).

The Supreme Court explained in its Croson decision that quotas violate, rather than promote, equality, calling it “completely unrealistic” to expect groups to be represented in each field or activity “in lockstep proportion to their representation in the local population.”

Courts have allowed companies to challenge quotas on behalf of their male or white employees in cases such as Lutheran Church v. FCC. So corporations can challenge this quota as unconstitutional — and as a violation of the statute banning racial discrimination in contracts, 42 U.S.C. 1981.

Even if some corporations had records of discrimination, that would not justify a blanket racial quota imposed on all companies’ boards — especially not discrimination in the distant past. Many courts have ruled that discrimination has to be recent, like in the last 20 years, before it justifies a racial preference.  (See, e.g., Hammon v. Barry (1987); Brunet v. City of Columbus (1993)).

Usually, a racial preference can only be justified by the need to remedy the present effects of a recent, “systemic pattern of discrimination” against minorities, according to the federal appeals court in California. (See Coral Construction Co. v. King County (1991)).

Moreover, even if there were systemic discrimination against minorities in selection for corporate boards, California could not rely on that to justify its racial quota. That’s because remedying discrimination isn’t the reason it is imposing these quotas — a desire for proportional representation is.

The bill cites no instances of discrimination, instead complaining about the underrepresentation of minorities in “management” and the small percentage of non-white corporate directors. But the Supreme Court says a desire for proportional representation is not a valid reason to use race at all, and that it is “unrealistic” to expect groups to be represented in “proportion” to their share of the “population.”

The Supreme Court says a state has to have the right motive for using race before it can use affirmative action or give priority to minorities. Remedying discrimination must be California’s “actual purpose” for using race, or else its use of race will be deemed tainted by an invalid motive. (See, e.g., Shaw v. Hunt, 517 U.S. 899, 908 n.4, 910 (1996)).

California’s quotas also violate the rule that racial classifications are only supposed to be used as a “last resort,” according to the Supreme Court. (see Bartlett v. Strickland (2009)).

Quotas aren’t being used as a last resort here but, rather, as a first resort. California hasn’t tried any race-neutral ways to make corporate boards more open to minorities — such as making it easier to unseat incumbent members of corporate boards of directors, who historically have been predominantly white males. In recent years, the labor force has become more diverse, meaning that new directors will probably be more “diverse” than old ones. Features that entrench corporate boards, such as staggered boards, reduce challenges to incumbents. They also reduce companies’ value, according to Harvard’s Lucian Bebchuk.

In addition to violating the Constitution’s equal protection clause, California’s quota legislation may also violate the Dormant Commerce Clause. Law professor Stephen Bainbridge says it is unconstitutional for California to meddle in the selection of corporate boards of companies incorporated elsewhere, such as Delaware, merely because they have an executive office in California.