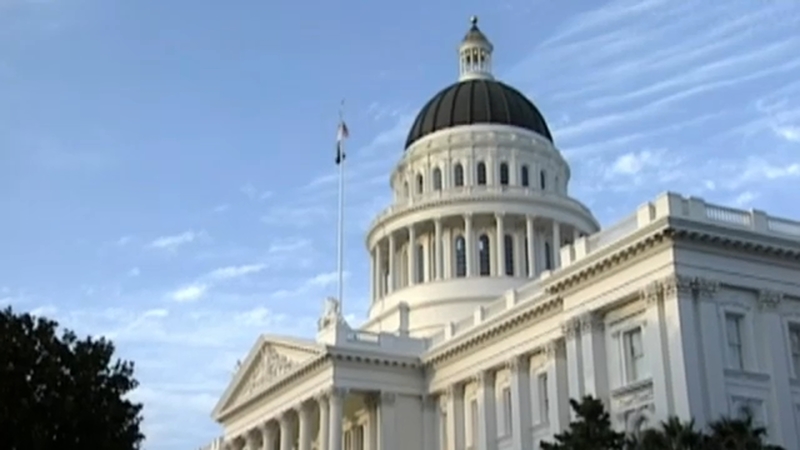 Reparations took a step closer to becoming a reality. California’s state senate just voted 33-to-3 to create a reparations commission. The commission will “study the effects slavery had on California and recommend to the legislature no later than 2023 what type of compensation would be appropriate, how it might be dispersed and who could be eligible to receive it,” according to Fox News.

Supporters of reparations assume the racial wealth gap between blacks and whites is the result of slavery, and thus, something to be fixed through reparations. “If the 40-acres-and-a-mule that was promised to free slaves were delivered to the descendants of those slaves today, we would all be billionaires,” state Sen. Steven Bradford (D-Gardena) said. “I hear far too many people say, ‘Well, I didn’t own slaves, that was so long ago.’ Well, you inherit wealth — you can inherit the debt that you owe to African-Americans.”

In reality, most wealth isn’t inherited. America’s billionaires include immigrants who were once poor. And racial wealth gaps often have nothing to do with discrimination. “Asian Americans have the highest average net worth and highest average income,” despite historical discrimination against Chinese and Japanese Americans (who were once barred from even testifying in court).

For California to give reparations to black people for slavery would be an unconstitutional racial preference. A state is sometimes allowed to give racial preferences to black people to remedy its own recent discrimination against them. But slavery wasn’t perpetrated by California, a free state, but rather by slave states. For California to give blacks reparations would be considered a remedy for “societal discrimination,” not California’s own. And the Supreme Court has said that’s not a legitimate reason for a racial preference. The Supreme Court ruled that even the southern city of Richmond, Va., couldn’t give blacks a preference in access to city contracts merely because blacks were severely underrepresented among contractors due to the effects of “societal discrimination.” (See Richmond v. J.A. Croson Co. (1989).

Slavery ended over a century ago. Many courts have ruled that discrimination has to be recent, like in the last 20 years, before it justifies a racial preference.  (See, e.g., Hammon v. Barry (1987); Brunet v. City of Columbus (1993)).

The reparations commission may try to justify reparations based not on slavery but, rather, on current racial disparities between blacks and whites. California’s reparations legislation, AB 3121, complains that “nearly 1,000,000 black people” are “incarcerated,” the black unemployment rate is “twice” the white unemployment rate, and blacks have a fraction of whites’ wealth.All of these racial disparities could be due to societal discrimination rather than discrimination by California itself. Or they could be due to other causes, such as the high rate of family breakdown in the black community. People from single-parent households are more likely to drop out of high school and turn to a life of crime. And blacks have the highest rate of out-of-wedlock births.

None of these causes would be a legitimate reason for California to give blacks a racial preference. To legally give them a preference, California would need to show it itself had recently engaged in a “systemic pattern of discrimination” against minorities, according to the federal appeals court in California. (See Coral Construction Co. v. King County (1991)).

The fact that blacks are incarcerated at a higher rate than whites in California does not prove such discrimination by the state, much less justify discrimination in their favor in completely unrelated contexts, such as giving blacks who have never been incarcerated reparations.

The Supreme Court says there is no legal “presumption that people of all races commit all types of crimes” at the same rate, since such a presumption is “contradicted by” real world data showing big differences in crime rates. Thus, racial disparities in arrest or incarceration rates don’t usually show discrimination. (See United States v. Armstrong (1996)). Indeed, demanding that punishment rates be the same for all groups would be an unconstitutional racial quota, according to the federal appeals court in Chicago.

California’s reparations legislation states that “any state level reparation actions that are undertaken as a result of” it “are not a replacement for any reparations enacted at the federal level.”

It is unclear whether the federal government would enact reparations during a Biden administration. As Newsweek notes, Joe Biden said in June that “he was in favor of paying slavery reparations to African Americans and Native Americans if studies found direct cash payments to be a viable option.” Kamala Harris has previously expressed support for reparations.

But the New York Times notes that reparations could cost taxpayers “several trillion dollars,” and most Americans oppose reparations. So reparations probably will not be enacted, unless Democrats take control of the Senate and abolish the filibuster.

Racial wealth gaps will not be “fixed” by even large-scale reparations. Many people just spend windfalls they receive from the government, rather than saving or investing them. Zimbabwe’s policy of redistributing wealth from whites to blacks ruined its economy and left even blacks worse off.

When Uganda seized the businesses of Indian immigrants and gave them to African people, the businesses did not last for long afterwards. Uganda’s dictator Idi Amin kicked those Indians out of the county, and they never received any compensation. But 14 years later, a kinder Ugandan ruler let Indians come back to Uganda. After they came back, Indians ended up dominating Uganda’s commercial sector once again, even though they had to start from scratch. Indians ended up with more wealth than Uganda’s black population.

As the BBC explains, “despite making up less than 1% of the population,” Indians “are estimated to contribute up to 65% of Uganda’s tax revenues. One of those who came back is today the country’s richest man, Sudhir Ruperalia, worth an estimated $800m.”