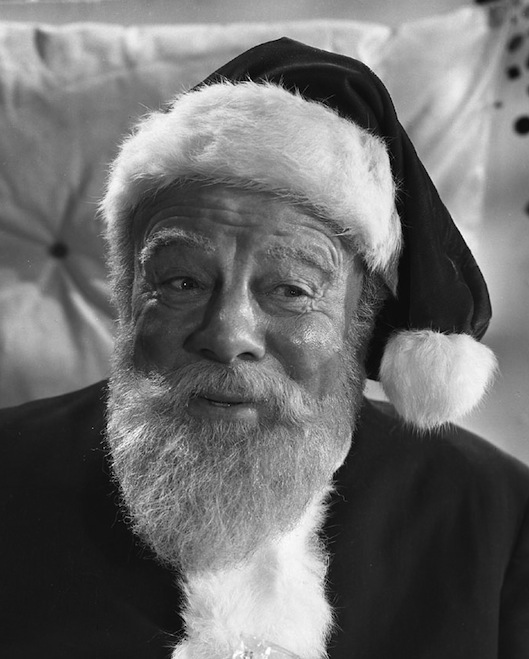 Was this the real Kris Kringle?

Can Christmas be Recovered?

Today we need Kris Kringle more than ever. Sometime between 1947 and now, Christmas became a 4-letter word in America. I don’t mean the abbreviation, Xmas, but the actual name of the day commemorating the birth of Jesus Christ. It has become unwelcome in public discourse.

What we used to call the Christmas Season is now The Holidays, causing the greeting Merry Christmas – once spoken by every clerk, doorman, or neighbor during December – to become Happy Holidays. Before Donald Trump’s election, I wondered if public mention of Christmas might vanish entirely.

Courts have banned Christmas symbols from government-controlled spaces, including “government” schools. (Weren’t they once our schools?) A rich cultural heritage of Christmas celebration and meaning – passed down over centuries to communities and families – is being officially un-remembered in the nation that once wrote the book on religious freedom.

How did we lose Christmas? Can we get it back? And do we want to? These questions are worth examining. Christian symbols and values are being purged, wholesale, from the public life of the Republic. The de-Christianization of America is nearly complete. The jury is still out on whether we are too far gone to recover.

But wasn’t it just after the 9/11 attacks that the President, his cabinet, the Congress, Justices of the Supreme Court, and others gathered to worship in the Washington Cathedral? Do we remember how they sought God’s mercy and guidance? “O God, our help in ages past, our hope for years to come…” sang the mighty of our land in a stirring chorus of faith and unity.

Did they mean the God of the Bible? The same God whose Commandments are now verboten in an Alabama courthouse? The God whose son’s birth established Christmas, but whose name is now considered offensive if spoken in any way except profanely?

Yes, it was that God. We usually remember Him when the bad guys are coming down the chimney. God has imprinted Himself on our nation. He made us what we are. We seek Him – not Buddha, Allah or Vishnu – in times of crisis because, deep down, we know He is the Real Deal.

How – notwithstanding all this – did we lose the name and public celebration of Christmas? As with many things, we lost it by neglect – by not being vigilant, by not caring, by not contending for it. We lost it by not wanting to “make a scene.”

Should similar attempts be made to suppress any aspect of Judaism, I can assure my readers (being part-Jewish myself) that we should never hear the end of it. Polite civility would be discarded, as outraged Jews united against this tyranny. (Through bitter experience they have learned not to keep silent in the face of oppression.)

But Christians are meek and polite. They don’t want to offend anyone. (Such nice people.) So they remained mute while the great traditions, symbols and names of their faith were surgically extracted by unaccountable courts. And our elected representatives sat idle, claiming that these matters are “out of their hands.”

The courts are a sore point with Christians. The U. S. Supreme Court has waged a 50-year assault on both the Constitution and Christianity. Liberals praise the rulings as “boldly progressive,” while politicians and pundits avoid mentioning that state legislatures and the Congress can restrict the purview of state and Federal courts, but have not done so. Matters are not, in fact, out of their hands. Only the political will to deflect the mailed fist of the courts is lacking.

That will must come from us. It’s what government of the people, by the people, and for the people means. And it answers the question of how we can regain free exercise of our faith – including reinstatement of Christianity and Christmas to their place of honor. At the end of the day, the proverbial Buck stops with us.

No Deliverer will regain Christmas for us. We don’t have Deliverer-government. We have republican government (note the small “r”) – where laws are passed by elected representatives, and approved by the executive. It is an ungainly system. Enactment of controversial law is very difficult to achieve.

The Founders knew, however, that the Wild Card in the governmental “deck” is the people. Only We the People can exert enough pressure to make the Congress (or state legislatures) pass protective legislation that restricts the purview of the courts. Only the people can give legislative bodies the backbone needed to defeat the courts’ unopposed, 50-year deconstruction of our society’s religious traditions.

This is the “polite” solution to the Christmas problem. It’s how the nice people change things they believe are wrong in our society. But people on the political left don’t do this. When they’re upset about something, they hit the streets. They knock things over. They burn cars and buildings, get arrested and have to be carried away. And they keep on until they get results.

Leftists don’t mind disobeying the law.  If they disagree with legislation or a court ruling, they simply ignore it. California Initiative #209, prohibiting racial bias in state hiring and university admissions, is ignored by liberals who believe the ruling was wrong-headed and “immoral.” A UC Berkeley prof said 209 preserved “…long-standing advantages of the white population.”

Similarly, California educators who favor bilingual education have resisted Initiative #227, which severely limits bilingual programs in schools. They ignore studies clearly showing that students learn better in an English-immersion environment. For people this committed, a contrary legislative or judicial result is not the end. It’s only the beginning of a long campaign of resistance, disobedience and subversion, leading to final triumph. Even the result of a presidential election can be resisted, as we are seeing today.

When the nice people step out of character to become activists, the establishment is shocked and outraged, as an incident during the 2000 Presidential election Florida Recount demonstrated. A crowd of white-collar demonstrators invaded a county office building where a controversial recount was underway: no violence, but a lot of noise. Intimidated officials halted the recount.

Evidently, about 100 Florida people had decided at breakfast that morning that they had to do something to stop the election from being stolen. A handful of people willing to raise hell (that’s a religious term) probably saved Florida (and the presidency) for George Bush. Reporters were alarmed by well-dressed demonstrators – they called them “rioters” – shouting and waving signs. How dare those Republicans use tactics that belong to the left? How dare they care enough to make a scene?

This brings us to the third (and key) question: do we really want to reclaim free exercise of Christianity – symbolized by Christmas – in America? It recalls something my old coach said: “Saying you want to win is easy. It’s also meaningless. The real question is: what are you willing to do?” How much we want something dictates what we are willing to do to get it.

In AD 2017, being nice and working politely through the system might not be enough. If Christians don’t like society’s treatment of their faith – and they shouldn’t – they will have to compute how much they care and decide what they are prepared to do. They can take a lesson from civil rights activists, too. During the last 60 years, blacks worked hard to change a social system biased against them. They didn’t care how many nasty names people called them; they weren’t nice; and they didn’t give up.

To reverse the elimination of Christianity from public life, Christians will have to do more than leave the fight to “others” and hope for the best. We are the others. If we do nothing, things will slide inexorably downward. And if we’re worried about losing our “niceness,” we might consider that had Christians relied on the “nice” approach in the 1860s, blacks might still be chopping cotton down south. There is a time to contend for great issues.

If things continue unchanged, public school students in 2070 will have no clue that America was founded on Christian principles and had a strong Christian framework for 170 years. All mention of this will be missing from history texts. Many students will not know what Christianity is, but will know all about Islam, Wickam, Kwanza, etc. December will be a charming season of lighted trees, red-suited elves, sleighs, and gifts. The name, Jesus Christ, will be used profanely, but few will know who He was (and is).

Indifferent secular Americans with their surgically implanted Iphones – busily tracking their investments, driving SUVs, and watching their giant-screen TVs – might have think that dismantling the nation’s Christian framework is no big deal. But they are mistaken.

Removing prayer from the schools was our first wake-up call. Then came abortion on demand. Rabidly defended by fanatics who see infanticide as a “woman’s choice,” it has destroyed 50 million children over 45 years. Court-legalized sodomy was next. It usurped communities’ right to establish moral standards. And now we have the court-ordered oxymoron of “gay marriage.”

Over the horizon: polygamy. Then perhaps legal sex between adults and children – the goal of organizations like The North American Man-boy Love Association (NAMBLA). After that, who knows? Christian broadcasting banned from the airwaves? The Bible labeled hate literature? Workers fired for religious speech? Bakers prosecuted for not baking a cake for a gay wedding? (Oops, sorry. That’s already happened.)

Hopefully, no Christians are still saying, ‘that’s ridiculous.’ It’s here. It’s happening. It’s a nightmare we can’t awaken from. No objective standard remains to stem the tidal wave of degeneracy. The Bible is an “outdated book,” and the Constitution just a “scrap of paper” subject to the Supreme Court’s dominion.

Christmas is more than a nostalgic link with our past. It’s not about a miniature sleigh and eight tiny reindeer. National celebrations of Christmas signaled that we were a “nation whose God is the Lord.” Our faith in the Babe of Bethlehem produced care for the needy, protection for the helpless, defense of the oppressed. It inspired civility, decency, generosity, order and safety. It was the Breastplate of Righteousness, the terrible, swift sword of justice. It was the Breath of the Lord that melted all the hosts of the wicked.

Who (or what) will replace God, Christmas and the Faith of our Fathers? Christian apologist G. K. Chesterton warned of a dangerous future. He said when people stopped believing in God they wouldn’t believe in nothing, but would believe in anything. That time is here.

Can Christmas be Recovered? was last modified: December 27th, 2017 by Woody Zimmerman
25 comments