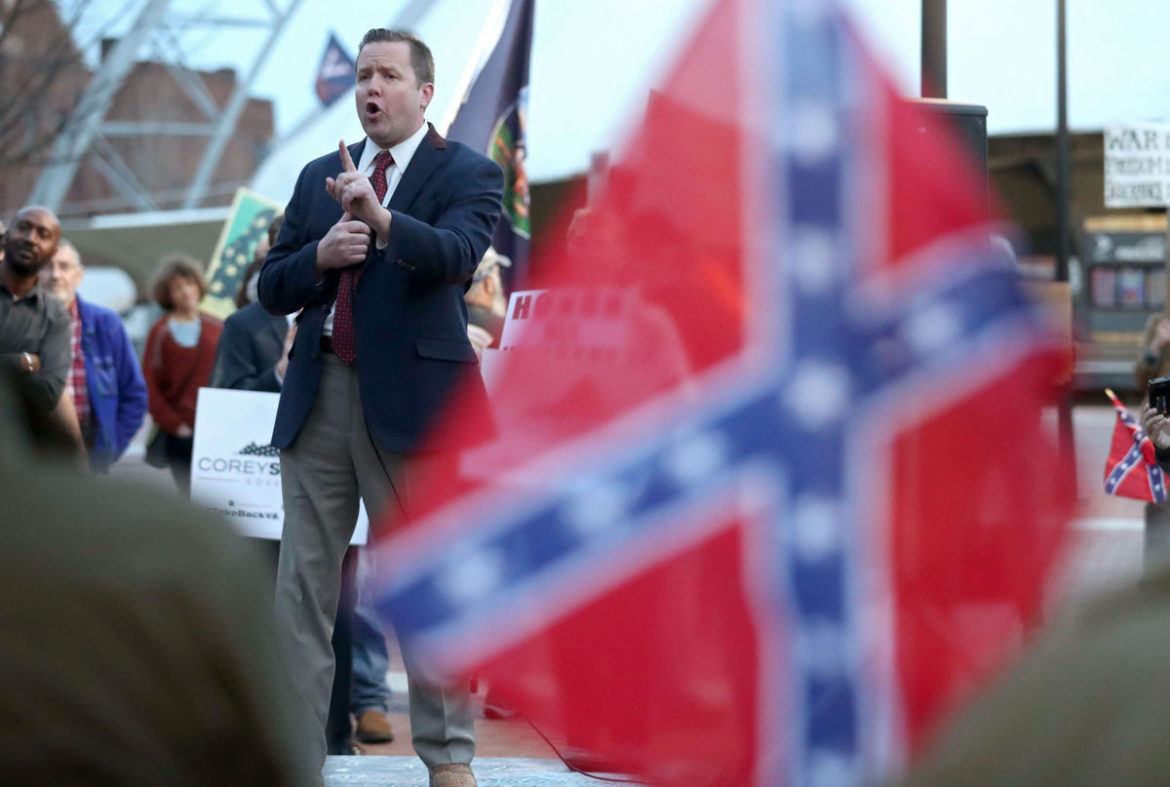 Corey Stewart has not been shy about his dislike of mainstream Republicans.  From the Washington Post:

While that may be true nationwide is it true in Virginia, particularly northern Virginia?   NOVA doesn’t have very many factories.  NOVA and much of the rest of state has many more white collar workers than blue collar workers.

While Corey’s message resonates with some blue collar workers, it bombs with the more mainstream, white collar workers in the Commonwealth.  More from the Post,

“Ronald Reagan stated never to talk bad about another Republican — period,” state Sen. Bill DeSteph (R-Virginia Beach) said when asked about Stewart. He did say he plans to campaign extra hard for other Republicans who might be tarred by the association.

Delegate Tim Hugo (R-Fairfax) was asked if he is supporting Stewart,

“I support the Republican ticket,” he said three times. “And I especially support Barbara Comstock.”

Many Republicans who reject Stewart say his nomination does not turn them off the Republican brand. Todd Stottlemyer, former chairman of the Northern Virginia Technology Council, has donated $200,000 to Virginia candidates over the past 10 years, mostly to Republicans. He is backing Kaine this year, but will continue to support other Republicans, such as Cox, the House speaker, who worked with Gov. Ralph Northam (D) this year on Medicaid expansion and criminal justice reform.

“I just want people who want to work together,” he said.

So far three party leaders resigned when Corey became the nominee, Kevin Gentry resigned from State Central Committee and Davis C. Rennolds gave up his chairmanship of Richmond GOP.  Richard Fox chairman of Albemarle county GOP resigned after Corey’s nomination saying he would vote for either Tim Kaine or the libertarian candidate.

Did Corey Stewart nomination play into yesterday’s decision by John Whitbeck to resign as party chair in Virginia?  Many Republicans would be loath to show such such support for Stewart as required by the leader of Virginia’s GOP.

While none of our Republican candidates for Congress have appeared in public with Stewart, just having him at the top of the ticket suppresses votes for them.  This is of major concern in districts like Barbara Comstock’s 10th district where 2,000 primary voters cast a vote in the Congressional race while ignoring the Senate race on the ballot.

It has been said in party circles that Corey Stewart could cost Virginia up to 5 Congressional seats, the 1st, 2nd, 5th, 7th,  and 10th.  I don’t think we will lose all of those seats although Larry Sabato has changed several of them to “toss-ups” or “leans Democrat”,  including Dave Brat’s 7th District.  If you can spare him a dime or two, he would appreciate it. He is our most solid conservative in the House and we need to keep him there.