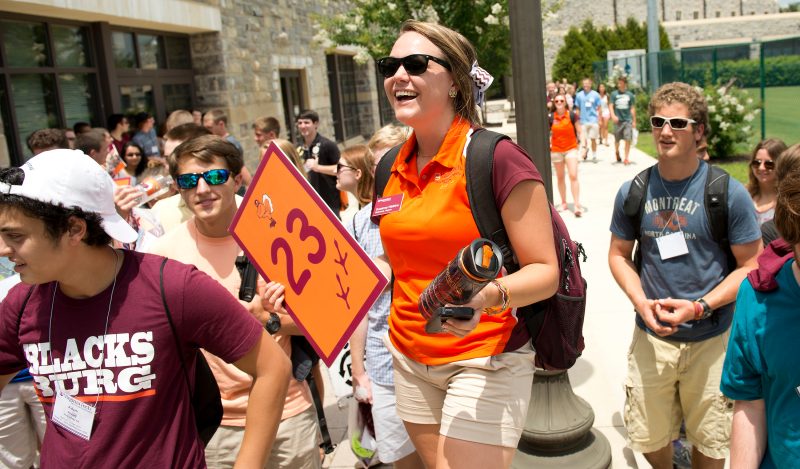 Can VT Thrive If It Alienates Half the Population?

Virginia Tech is hot right now — very hot. The university is building a high-tech campus in Arlington, its fund-raising efforts are collecting unprecedented sums of money, its faculty members are snaring serious venture capital funding. And in a new Money magazine survey ranking U.S. universities by “value,” it logged a very respectable position at No. 34.

The big question is whether Tech can sustain this momentum while transforming its campus culture into such an in-your-face caricature of political correctness that it risks offending large swaths of its customer base — middle-class parents who hew to more conservative values. The indoctrination of leftist values on issues of gender, sexuality, and race in this fall’s orientation was offensive to some.

Writes Penny Nance in the Federalist, “I was shocked to experience what I can only describe as extreme and overtly leftist propaganda. … The school constantly defined and showcased identity group politics. … As a mom, part of me wanted to load my son in the car and head up the road to Liberty University.”

Nance is a conservative activist and CEO of Concerned Women of America, a group whose mission is to “protect and promote Biblical values and Constitutional principles through prayer, education, and advocacy,” so her reaction is likely stronger than that of most people. But one does not have to be an evangelical Christian — or even a Christian — to be concerned by the university’s hostility toward traditional values. “Parents, don’t be shocked if your kid comes home changed,” she quotes one orientation leader as saying.

It’s one thing for your kid to passively absorb the pervasive values of a higher-ed institution. It’s quite another for that institution to engage in formal indoctrination of values antithetical to yours. As a parent of a college-age kid myself, I would not be thrilled to pay $27,000 a year for him to attend a political re-education camp.

Higher-ed has enjoyed bi-partisan support through the ages. Political and cultural conservatives have maintained that support even as campus cultures have drifted leftward, persuaded that colleges would provide skills needed to prosper in a career. But when institutions inculcate values hostile to those of parents, that political support will fray rapidly.

So far, there has been a lot of grumbling but remarkably little blow back. Alumni still donate large sums — Virginia Tech raised a record $181.9 million in donations and commitments in 2018, an 18% increase over the previous year, according to Virginia Business. Such a high percentage of students accepted their invitation to attend Virginia Tech this year that enrollments are oversubscribed, creating a campus housing shortage. University faculty are raising serious venture funding. For instance, Landos Biopharma, founded by Tech professor Josep Bassaganya-Riera, just raised $60 million in venture funding — a remarkable sum for a campus as isolated as Blacksburg — to pursue clinical trials for treatments of auto-immune diseases. Meanwhile, Tech has committed to build a $1 billion technology campus near Amazon’s HQ2 facility in Amazon.

Indeed, Tech is on such a tear right now that top administrators likely feel free to indulge their leftist internal constituencies and promulgate policies increasingly inimical to conservative values. If people like Penny Nance don’t like it, screw ’em. They’re dinosaurs, retrogrades, bible thumpers, Trump voters, whatever. Who needs them? Who’s scared of them? Politically, they’re on the losing side as Virginia politics skew increasingly blue. And if parents decide not to send their children to Tech, there is no lack of students clamoring to get in.

But Nance won’t slip quietly into the night. “Why,” she asks, “should taxpayers foot the bill for liberal indoctrination? … Virginians deserve better. We do not bow to the ascendancy of the liberal, ivory-towered academic’s worldview over ours.”

She has called upon parents, donors and alumni to make their voices heard. Use the power of the purse — state support for higher-ed — to push back. “Contact your state legislators and demand legislation prohibiting the forced use of speech codes.”

I have long warned of a conservative backlash against public higher-ed in Virginia. Now it has begun. Virginia Tech and other universities are critical institutions for building innovation ecosystems and preparing the next generation of Virginians to thrive in a globally competitive, knowledge-driven economy. But in their hubris they are over-reaching. They cannot possibly do well when half the population sees them as the enemy.

Can VT Thrive If It Alienates Half the Population? was last modified: August 17th, 2019 by Guest Contributor James Bacon

It’s not the socialist policies I fear – but the unholy alliance of activists and the White House – The Bull Elephant August 20, 2019 at 2:45 pm

[…] TJHSST now admitting less than 20% White students Repair the Foundation or Everything Collapses Can VT Thrive If It Alienates Half the… 4 in 10 Americans Want Socialism Can You Say, “Virtue Signaling”? Comments on August […]